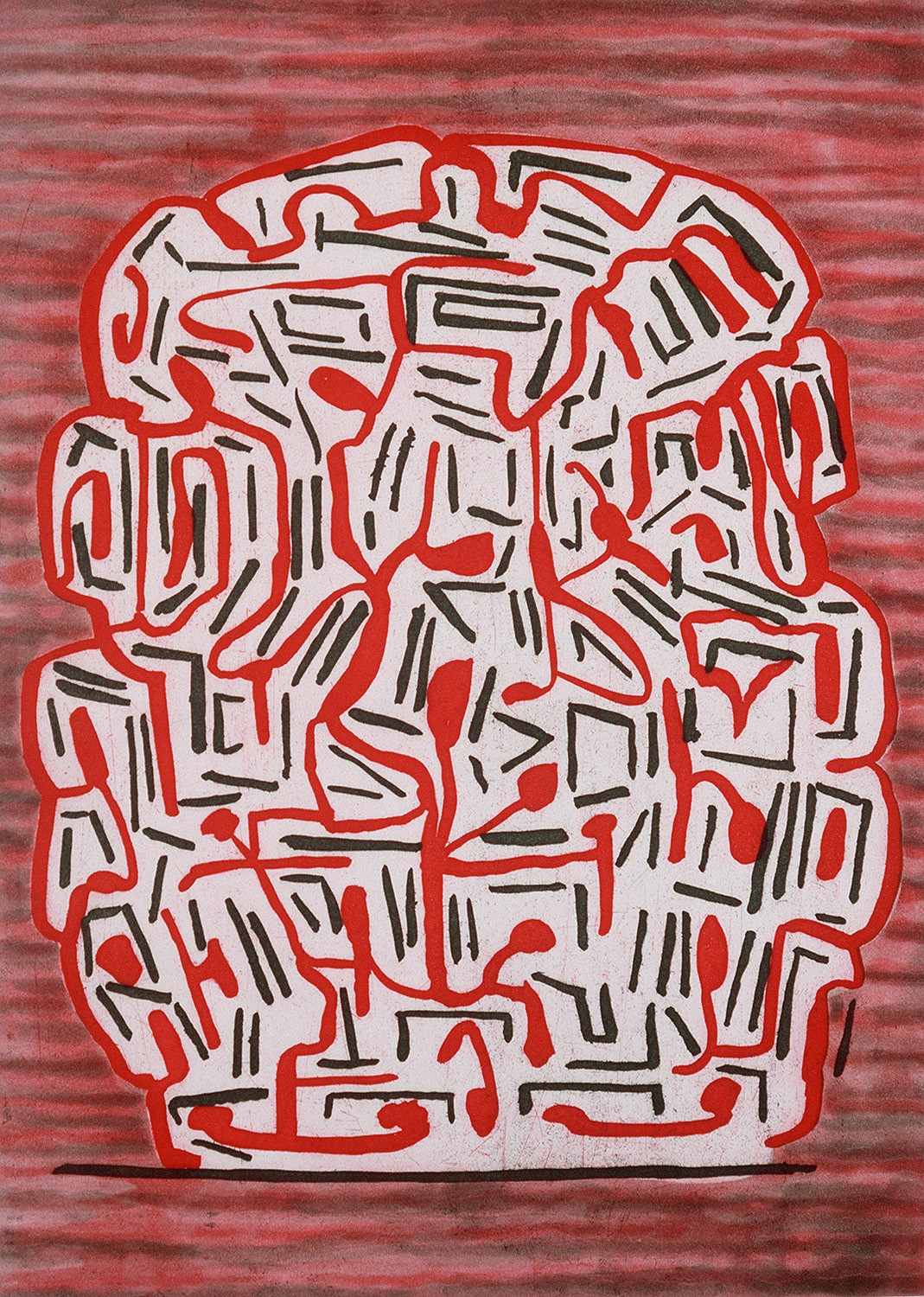 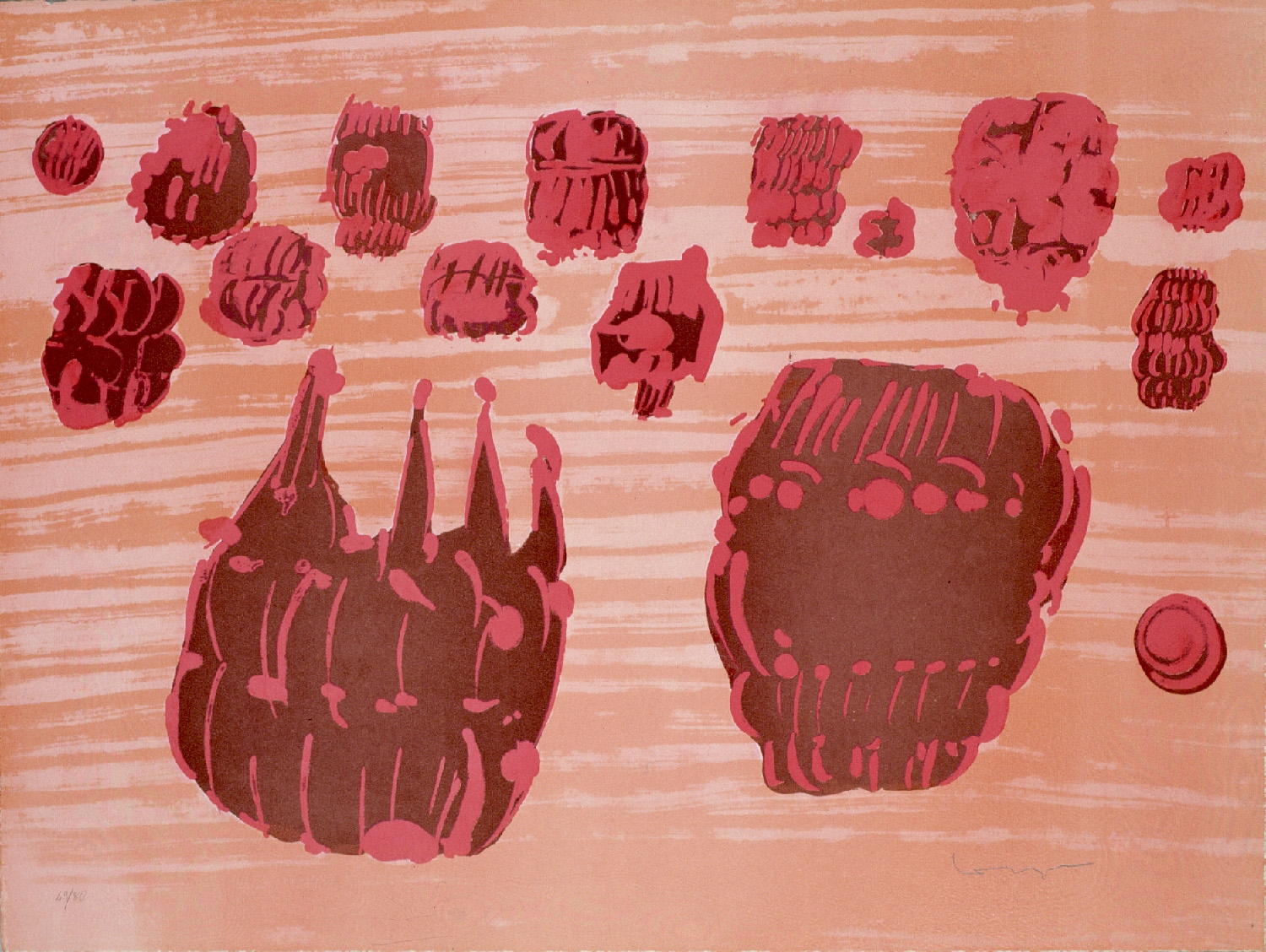 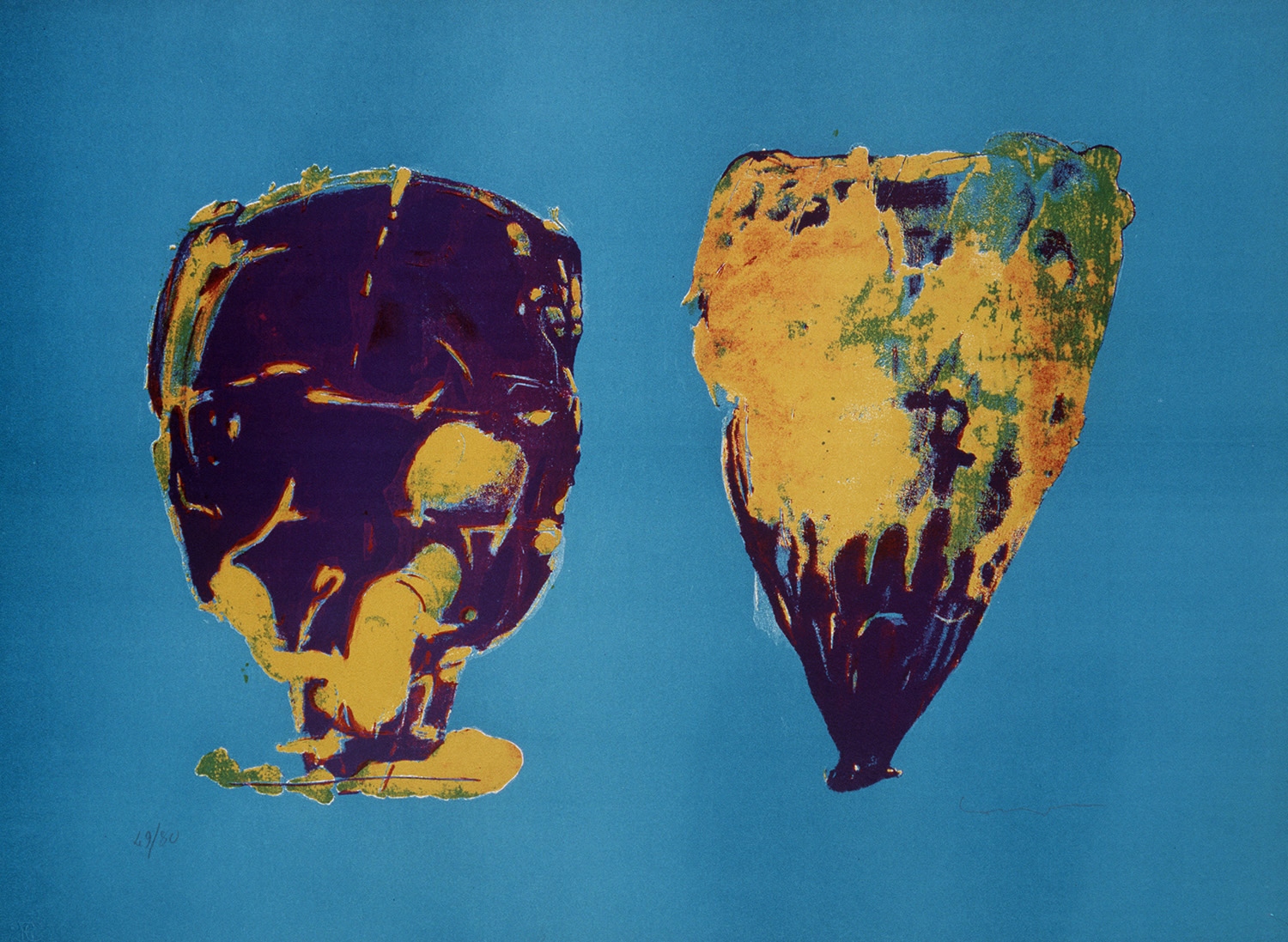 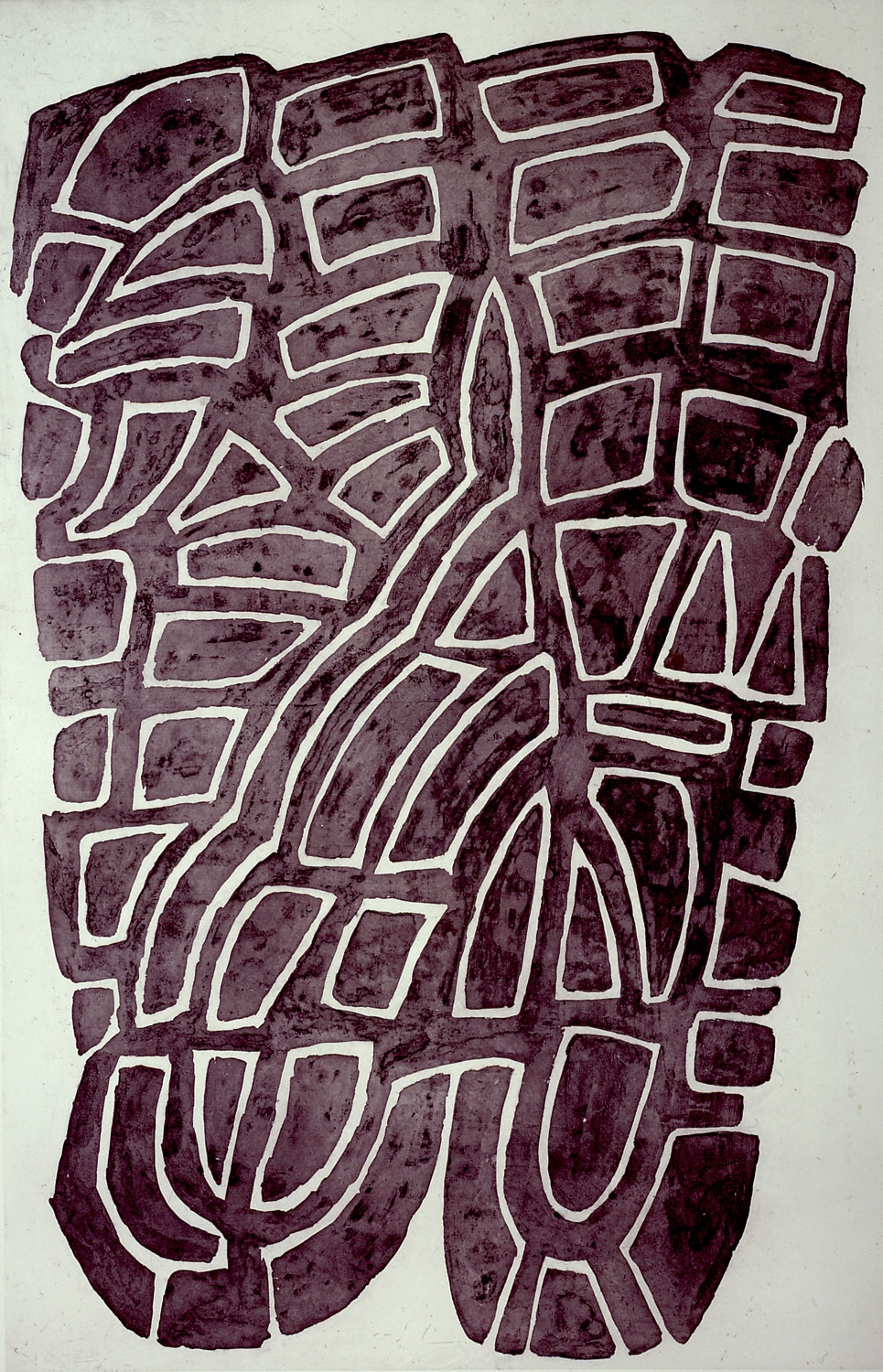 The opposite thing happened with Pietro Consagra who began his first experience at our studio with a series of seven 1967 lithographs made for the Marlborough Gallery. The color created the shapes and the vibrant silhouettes gave a feeling of apparent thickness.

A series of six white reliefs was a short-lived interval of curiosity but an absolutely mystical and subtle edition.

The provocation of the large dimensions also led Pietro to confront himself with acids and branches.

His brilliant idea of ​​a “frontal city” made it easier for us because the third dimension, in this case, was so ambiguous as to hide the perspective values.

At the time of printing, plastic forms appeared on paper, in an unparalleled and mysterious balance. Cities reduced in thickness to give space to the imagination and the "dream".

Pietro gave his works titles with symbolic names, linked to his volcanic land, bringing to the surface a mythological Greek world, in which he felt certain that he had his roots.

Initially, in his attitude, there was a certain mistrust that put us at a distance from his way of thinking and, with difficulty, we were able to find a smooth and constructive dialogue.

In his work he was very taciturn, on his own, unlike us who were trying precisely with dialogue to incorporate as much as possible all the sensations useful in order to be able to give the most necessary and often new ingredients for the artist.

With the aquatint "Inventario" 1972, of the series "Presenze grafiche", we understood which was the way to follow; we covered it in its entirety in the following years, but always with a certain detachment.

There was a barrier formed and filled with ripe prickly pears...we were pleased to taste only a few.