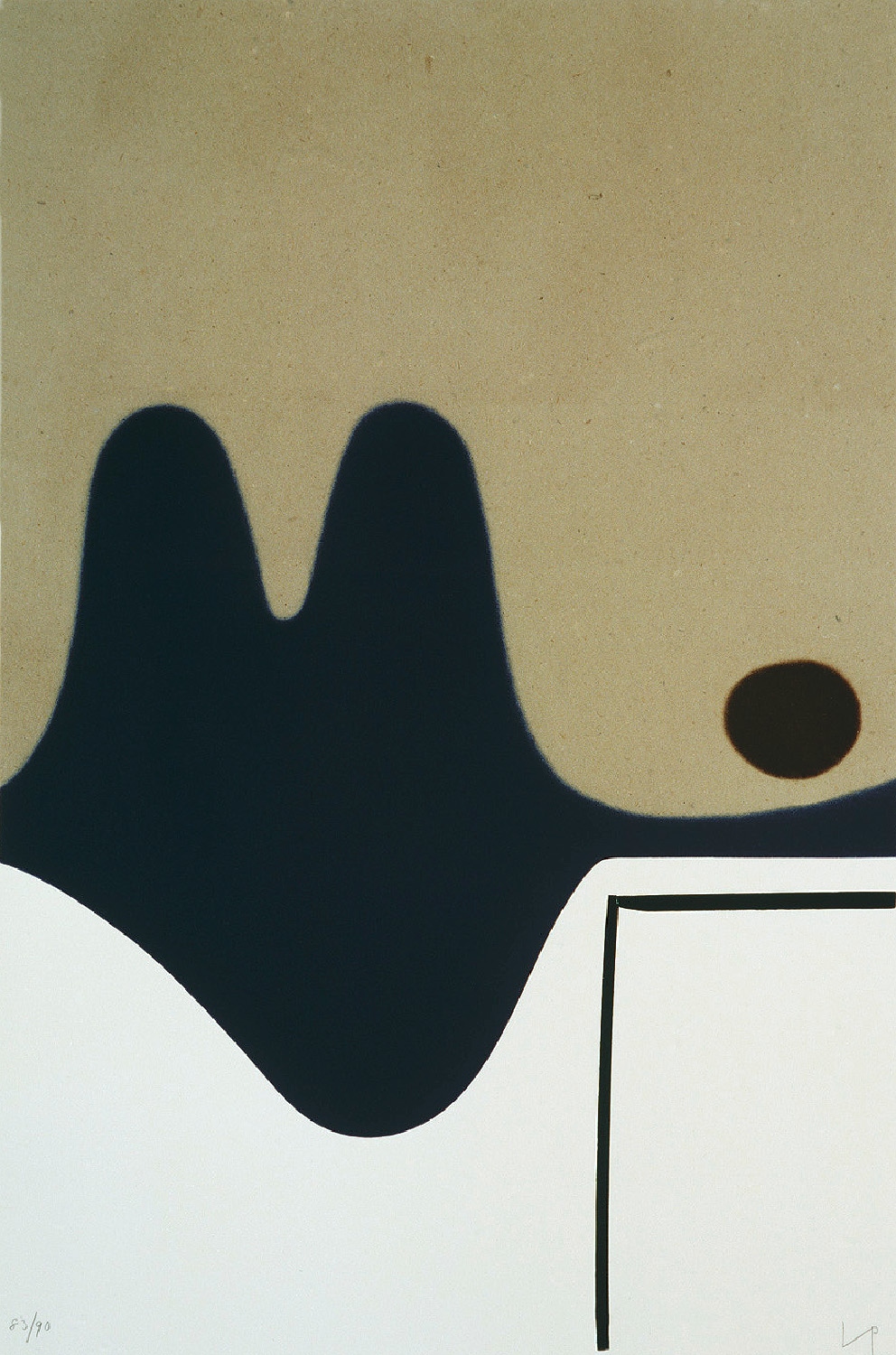 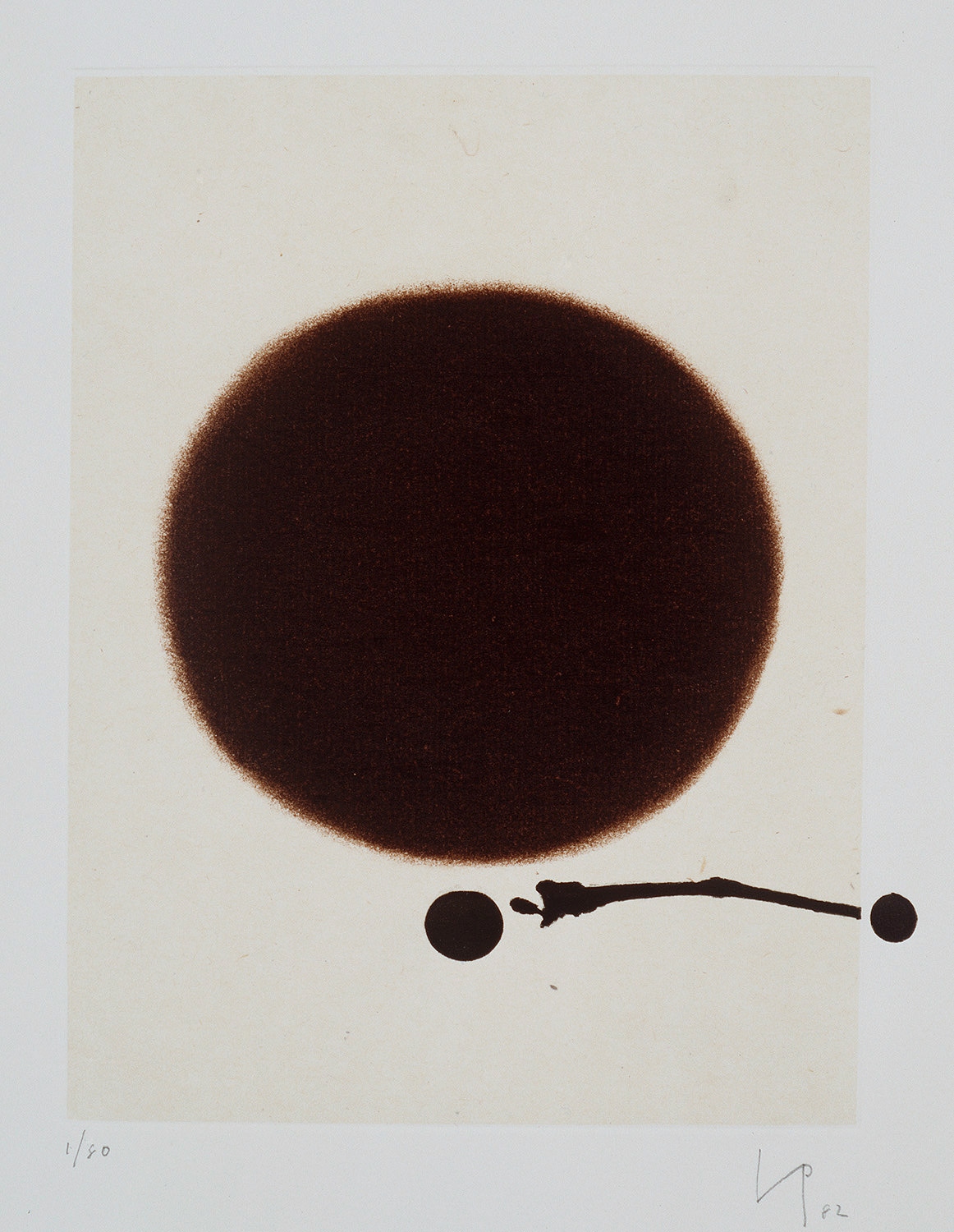 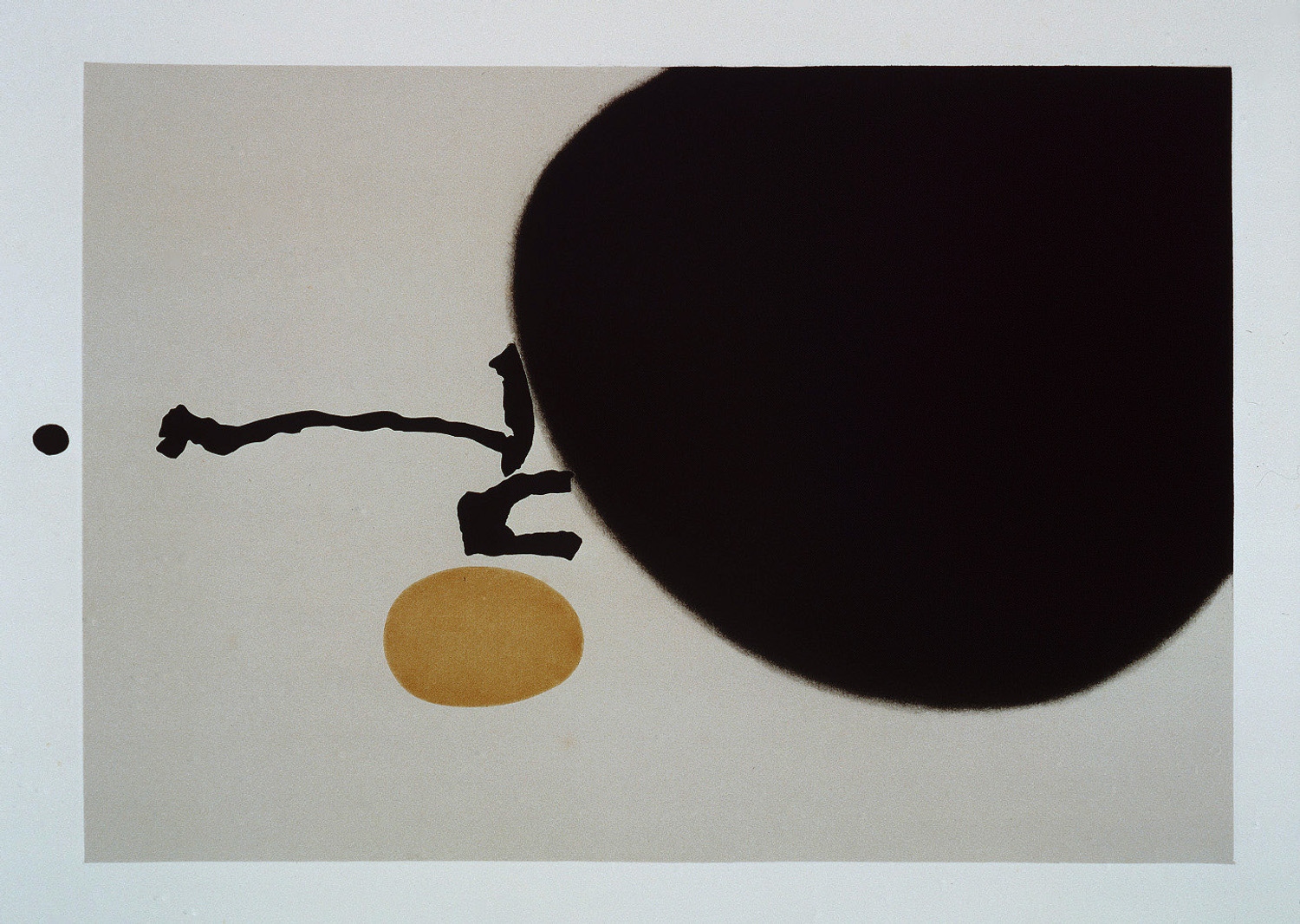 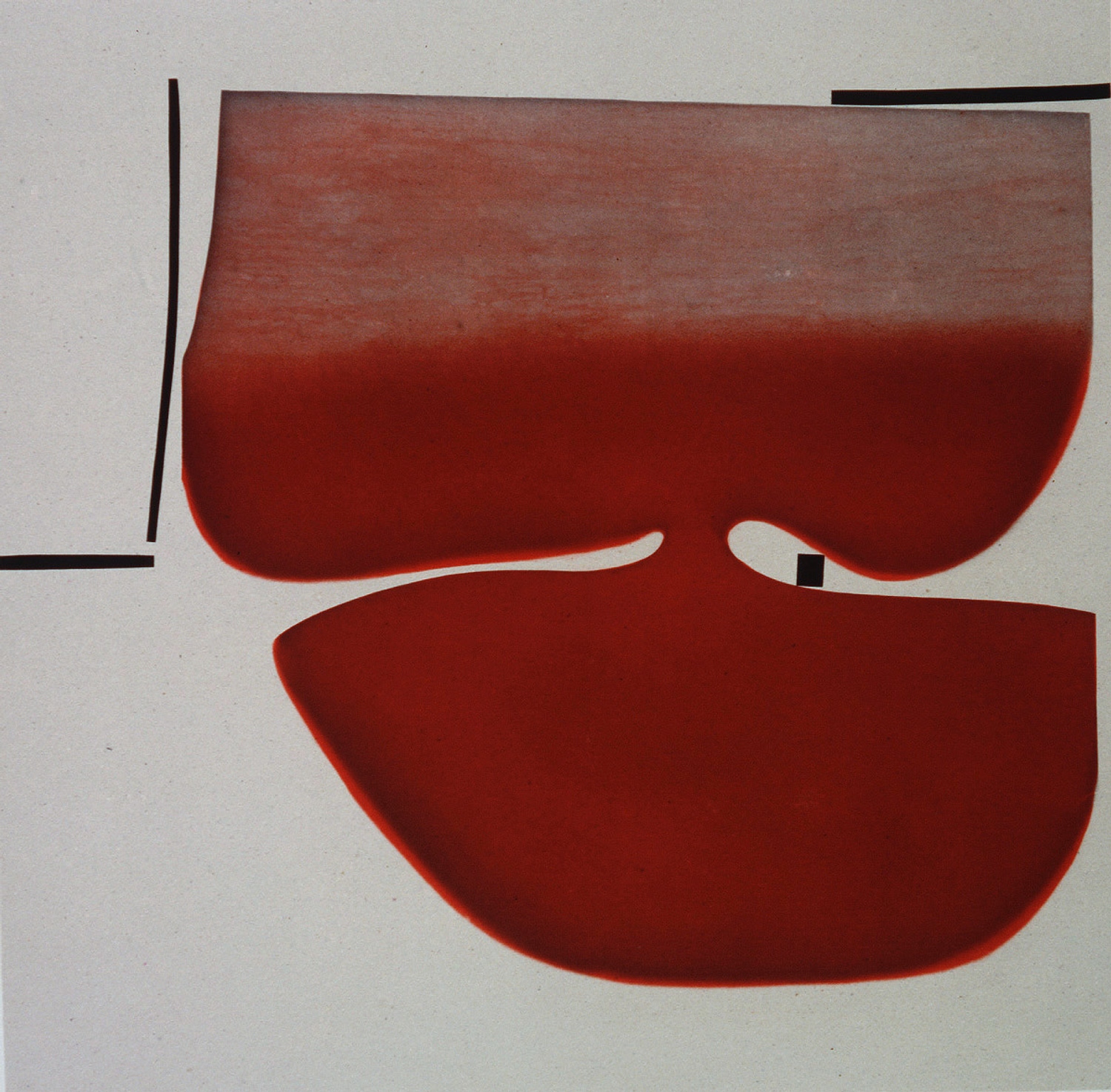 He affirmed that: “The content and meaning of art are constituted by what the artist and society infuse into it”. What do the artists and society contribute to art today? What is the role of art?

Art has had many masters, has manifested itself in various aspects, has been associated with many different contents and has had numerous extraneous functions, but all these manifestations reach their unity in the context of a specific faculty of the human psyche: aesthetic sensitivity. . However, although art is born of sensitivity and is practiced today in an age shaped by science, its primordial function remains a matter of faith: not because it is a religion, but because the object to which the head turns, such as the sunflower following the sun, is defined in the language of men as "Beauty". “Seeing Beauty in things”, wrote Leonardo da Vinci, “means uniting them to infinity”. For this reason, during the Renaissance, aesthetic sensitivity was considered as the link between nature and man. In both cases, therefore, the image of beauty and its equivalent in the field of art have served as a symbol of the union between man and universe. Today there is no evidence that this function is altered, because belief in art is a product of the subconscious of the psyche, and not of knowledge. What has changed then is not the intrinsic content, but the extraneous image. Now that society has accepted the revolutionary concepts and implications of modern science, a perfectly foreign view of the world as an absolute point of view is not sustainable, because man and nature have begun to unify with awareness. In fact, a new Copernican revolution is taking place, but this time with respect to man, and not to the earth.

This means that, from the point of view of naturalist painting, it is no longer a question of perceiving the world through vision, but it also means that man must consider himself as an integral aspect of nature. In the context of this new humanism and naturalism, painting and sculpture along with science and technology have emancipated themselves. Man and nature always exist, but the relationship is now different.

It is perhaps the implications of this new awareness that represent that aspect of philosophy that the painter, since the Cubist revolution, has expressed in art. That art is also an article of faith for society is evident from the fact that, after the artist left the churches, the temples of art were built - that is, the museums of painting and sculpture. These institutions have no practical use, however they are places of continuous pilgrimage of contemporary society. However, it would be a serious error of assessment to deduce that these places have no other function than the preservation of the furniture of history, or that of allowing us to spend a pleasant Sunday afternoon. Society also feels the call of the subconscious. It may therefore be that the abstract and autonomous images of modern sculpture and painting represent the new progeny of science which is now looming to strengthen a new awareness and to provide that development so necessary to the implications of the new cosmology.

What is the independent píttura? Can modern art be self-sufficient?

Independent painting, in the sense I give to this term, means a total independence of matter and visual representation, that is, a condition analogous to that of music. That this development was not fully realized before our century is perhaps due to technical rather than ideological factors. The problems that arise from the difference between the complexity of the visual experience and the narrowness of auditory perception inevitably contribute to raising the following question: is it possible to create a painting as free as music, without, however, incurring the diminution of its faculties? The traditional alliance between pictorial representation and the descriptive language of literature has linked painting to the visual world in the context of a direct and one-to-one relationship that has given it a conceptual aspect unattainable in music. However, the price of this alliance is the inability of painting to achieve the emotional effects of music. Complete autonomy therefore offers painting new potential to express itself in stronger visual and emotional terms. Self-sufficiency refers only to the material form of painting and not to its intrinsic content, so that the question of validity with respect to the modern world is not necessarily raised. Indeed, the mere fact that the independence of painting is an exclusive product of the twentieth century means that it is characterized by a symbolic capacity capable of expressing certain aspects of the thought of our epgoose.

I used the word “development” in the context of some works to indicate the intrinsic and organic operation that gave birth to them. Furthermore, the word "development" implies an element of movement and infinite extension, while titles such as "composition", "painting" or "construction" have a purely static meaning.

Yesterday he spoke of his "return to piercing". What does this sentence mean? In other words, when did you leave painting and how is your return defined?

My first experiences made me think that the two-dimensional format of painting could not, by itself, be able to satisfy the conditions of total independence, because a flat surface is not compatible with the three-dimensional experience of visual perception and therefore is not capable of understanding the full range of aesthetic vision. I therefore deduced that independence was achievable only in the context of sculpture. To eliminate this divergence, I began experimenting with relief painting: that is, projecting some sections of the surface forward in order to create a true third dimension in front of the picture plane, instead of an illusory space behind it formed by the representation in perspective. But I got to the point where it was not possible to further extend these projections for structural reasons, and then the dimensional limitations of the relief were revealed, which remained tied to the surface. It was therefore clear that the progress of painting towards autonomy had taken a dead end. However, rejecting painting in favor of sculpture would not have solved the problem of autonomy. At that time the Visual Research group in Paris carried out experiences that demonstrated the illusionistic potential of pure painting, based on the example of masking by which it was possible to make the surface optically ambiguous and non-dimensional. While at first I rejected such experiences as a regressive step, little by little I realized that they offered a new potential for the development of the autonomy of painting, because the illusion is created by the concrete painting itself and not imposed by the artist. Furthermore, the subjective enlargement of the surface of the painting provided an excellent analogy with respect to the relativity of space and time, expressed in painting for the first time by the Cubists. It was inevitable that the implications of this development would give a new stimulus to the idea of ​​autonomous painting, because it was now clear that its physical reality could not be measured by its equivalence with the natural world. What matters in painting is not the actual dimensions, but the faculty of form and image to cause a subjective enlargement. Once the dimensionality problem had been solved, therefore, my return to painting was necessary for any further progress.

His work seems to be characterized by a continuous dialogue between the rational ("The only field that seemed to me susceptible to rational and determined development concerned the purely abstract form") and the irrational (When reason sleeps the symbol awakens "). What is the meaning of each? How do they reconcile?

Yes, this dialogue represents a factor that I have consciously expressed in my work since I became interested in the dialectical and relativistic explanations of modern philosophy of nature and their application to painting in the theories of Cézanne and the Cubists. However in practice I found that the ambiguous implications of this dialectic applied to visual representation led not only to the indeterminacy of the pictorial form, but also to the disintegration of the visual object during the operation of painting. With respect to the irrational factor, I can say that all painting depends on the dialogue between rational and irrational factors, the objective form of the work on the one hand and the subjective image on the other. The first is susceptible to logical construction and the second arises spontaneously from the sources of the subconscious. It is in this sense that the symbol awakens.

It depends on how the word symbol is defined, since there is a difference between symbol and sign. The sign is a representative, conscious element, but the symbol has implications for the subconscious. In the paintings you mention, the title is not a description of the pictorial image, and the pictorial image is neither the illustration nor the sign of the title. On the contrary, independent visual and literary images are juxtaposed, in order to vitalize and complement each other through an irrational relationship, so as to increase the subjective dimension of the work. In my work it is simply a further experience in the search for the potential potential of modern painting.