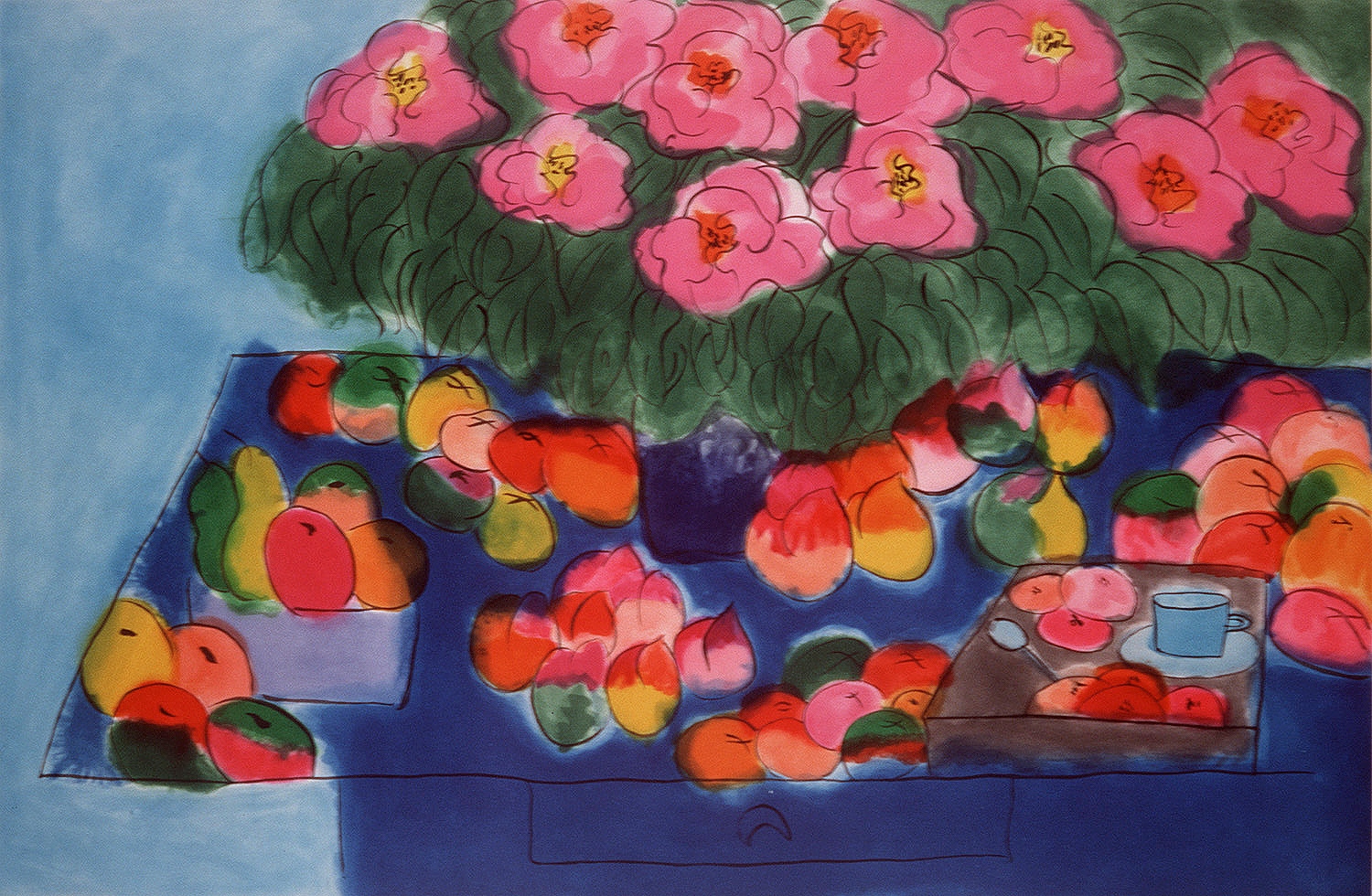 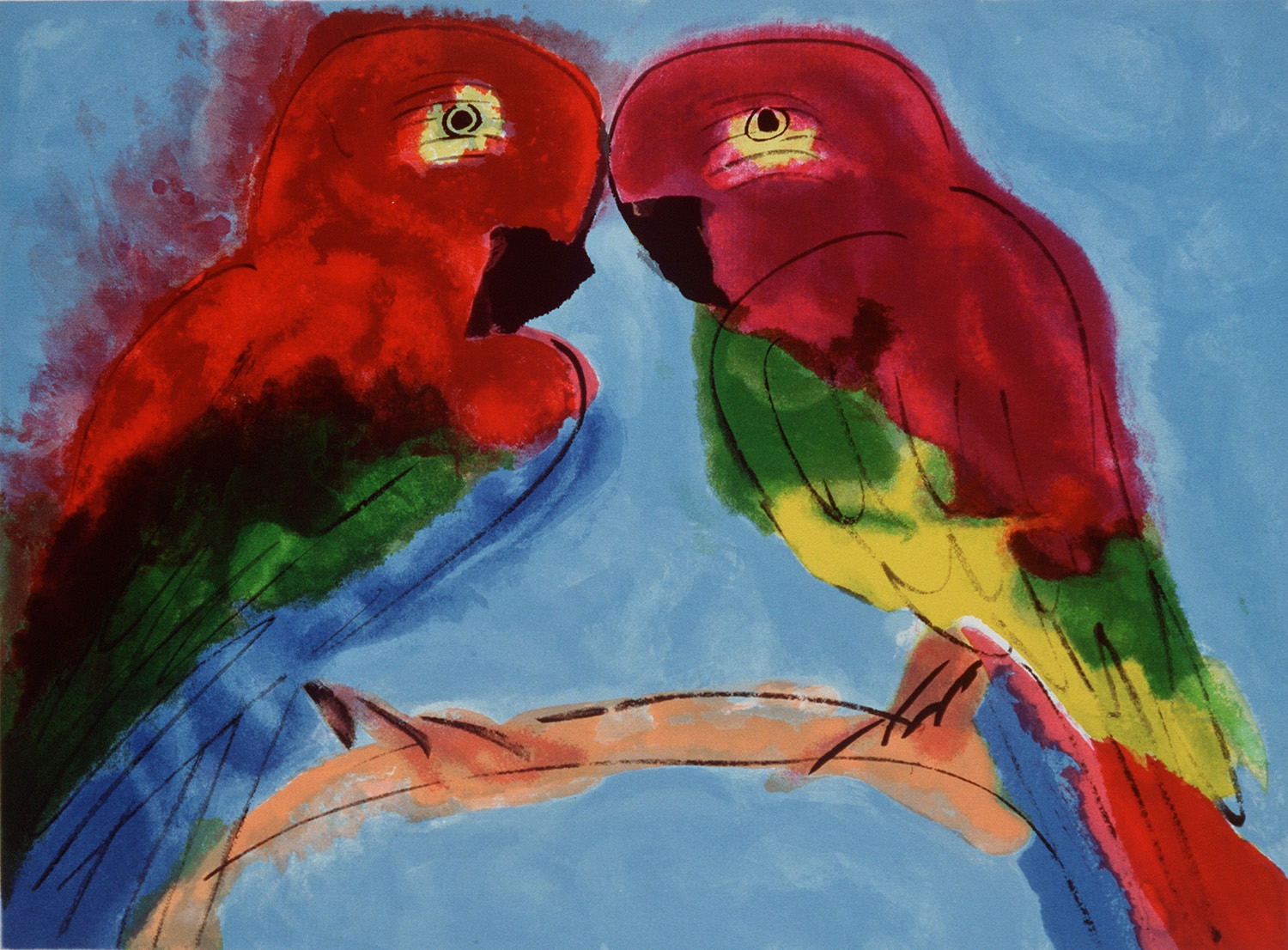 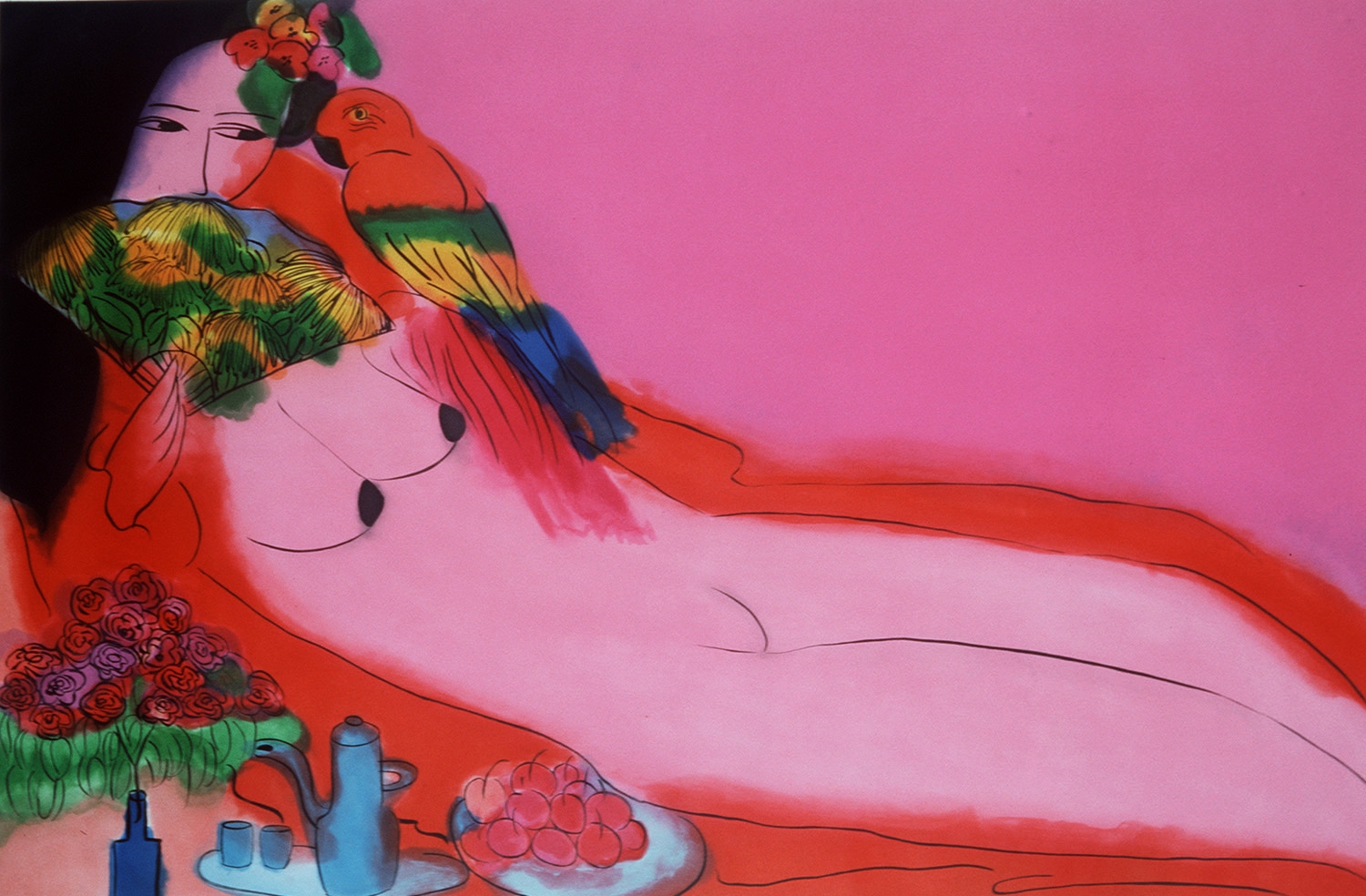 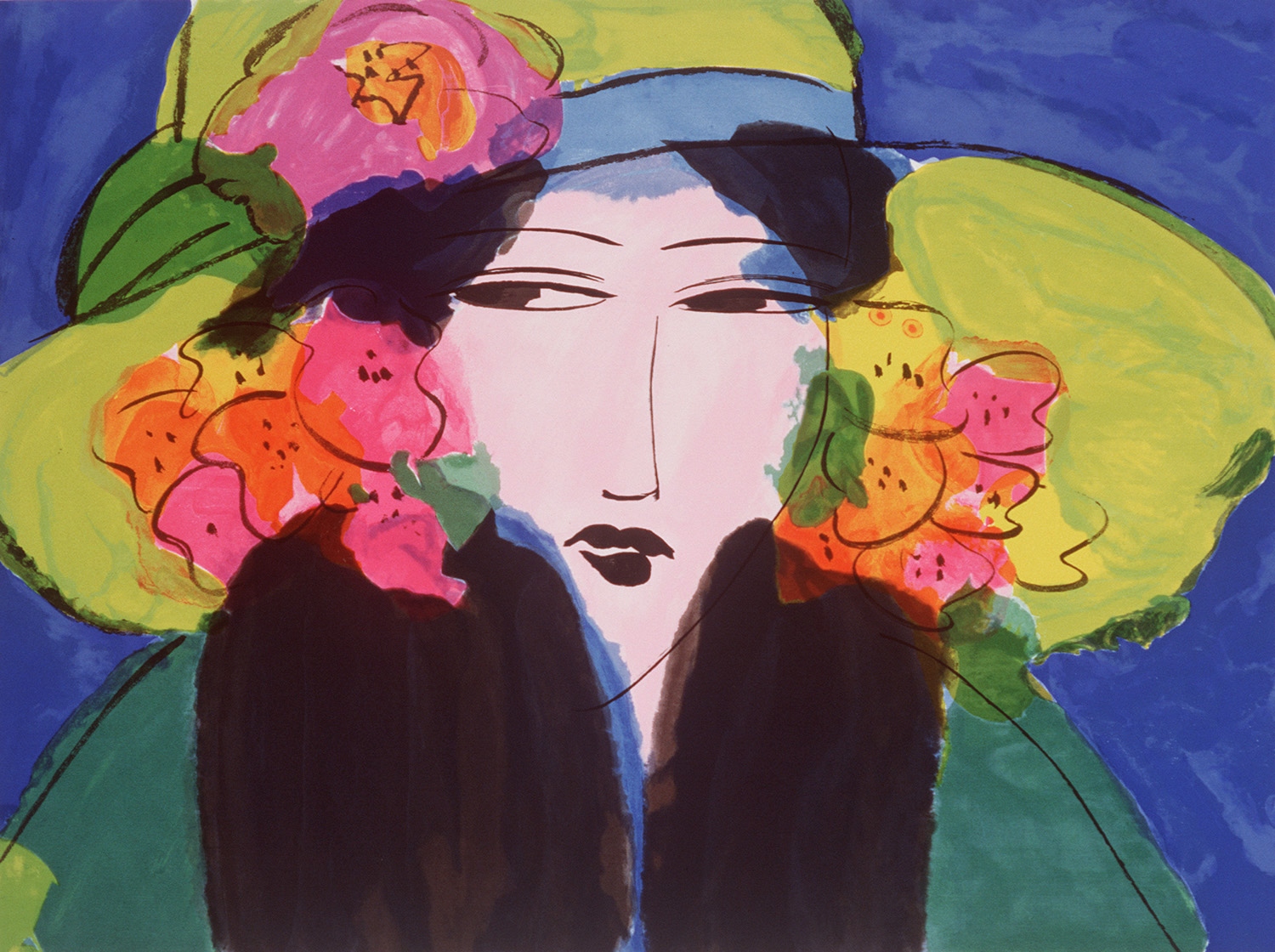 This exhibition of works by the Chinese painter Walasse Ting will be counted among the incisive events, an initiatory fact, full of consequences, in the history of our years of art, here in Italy: the appearance of a material, created and certain, of ancestry in a precise context, it brings, together with ancient crystallizations, and moments of timeless matter, a complete resonance destined to animate them, merge them, exhaust them, beyond their own uprooting, in imminent, changing, thresholds of contemplation.

T a different conception of the relationship between man and painting is an unproblematic phase, not a "historical" one: but which is itself exegesis and execution of itself; for which time always appears in contraction, forced on the surface to a dimension but with a pregnancy of depth, of intensely today's revelation, instantaneous and always promised in the genealogy of horizons generated by transparency and its prospective incidents. Pinkish, rosaceous skirmishes, on blue wounds, on gashes and swords of delicate intellect, of almost blinding promptness, like the moment of a supreme athletic test; and slow diversions of tones, as if to treat liturgically an ancestor thud (a presence of ancestors?), procreation and perception in the heart of a non-flammable obsession with distant (in time, in space) colored, with melodious hallucinations: to combine without pauses the line with color, in hidden play, spontaneous exchange, lightning-fast rejection, operated towards the great confrontation, filtered and introjected, with the most mysterious and even mystical recesses of the sex of death.

Of the "women" pictured here, these beings, these person-figures, a woman, two women, a head, two women in the middle foreground, and still other two women, and the feline, and the clandestine animals in the air or in the dreamy jungle: there are not many images, but a single image, that of the spell or the nightmare, or of indifference or of the theater of the operating fantasy; agitation of color as matter that advances in the bed of a memory, or that drifts towards the place of unique being, with penetrated subtlety, with apprehension, with shatters, with burrs, with breezes and gusts of all kinds, tumultuously , indissolubly celebrated by the vehemence of the "unequal-everything-is-equal", and only color is free, changeable in its grid of strict discipline, a confident garden of the mind that sees waiting, in the whipping of signs, and what it is always moving in the figure, and "personal", it is precisely their agitated, almost convulsive, solemnity: as Emily Dickinson would say: "After great Pain, a formai feeling comes"; and referring to the pain that has invaded, like a sky, the person of our painter.