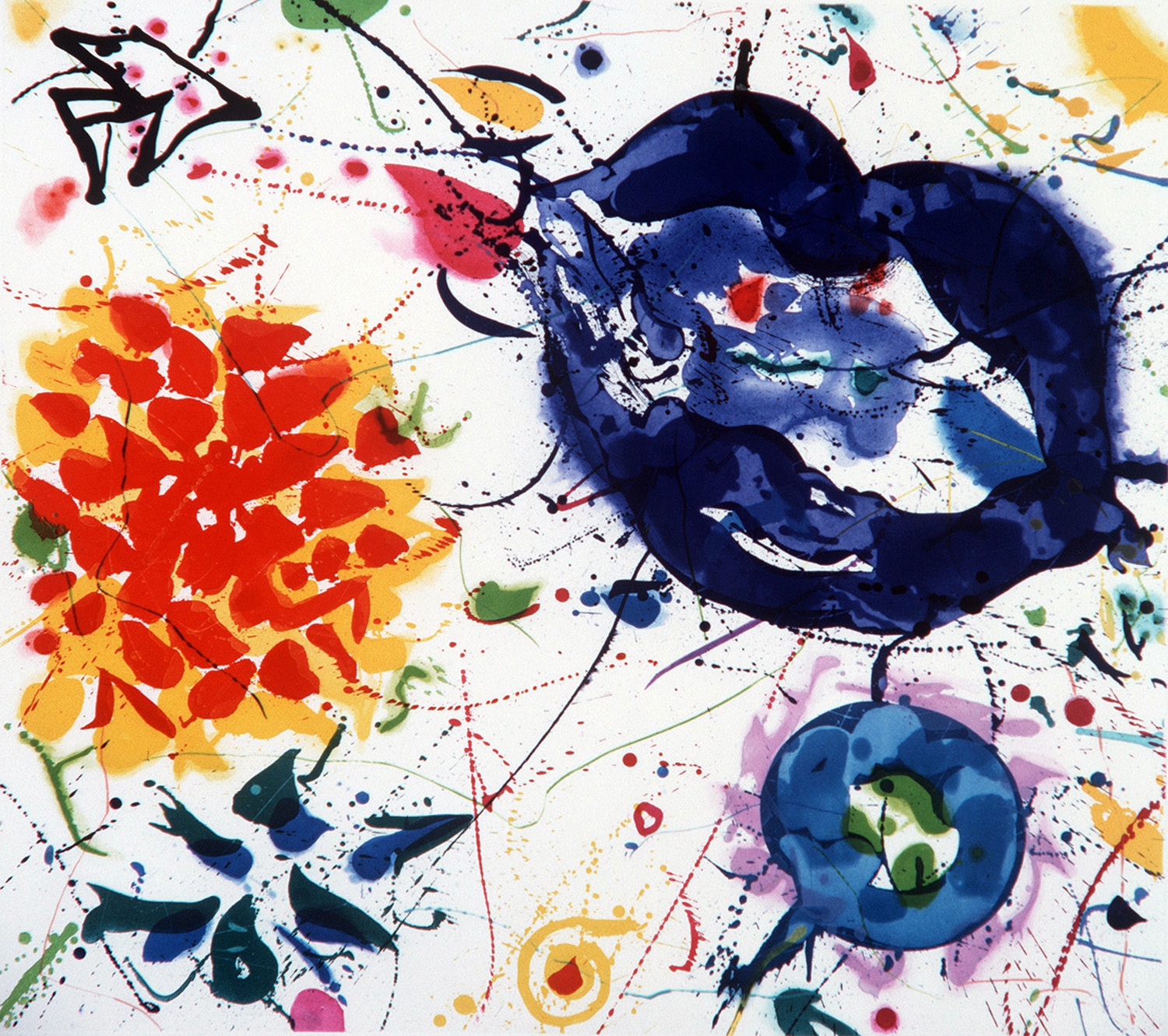 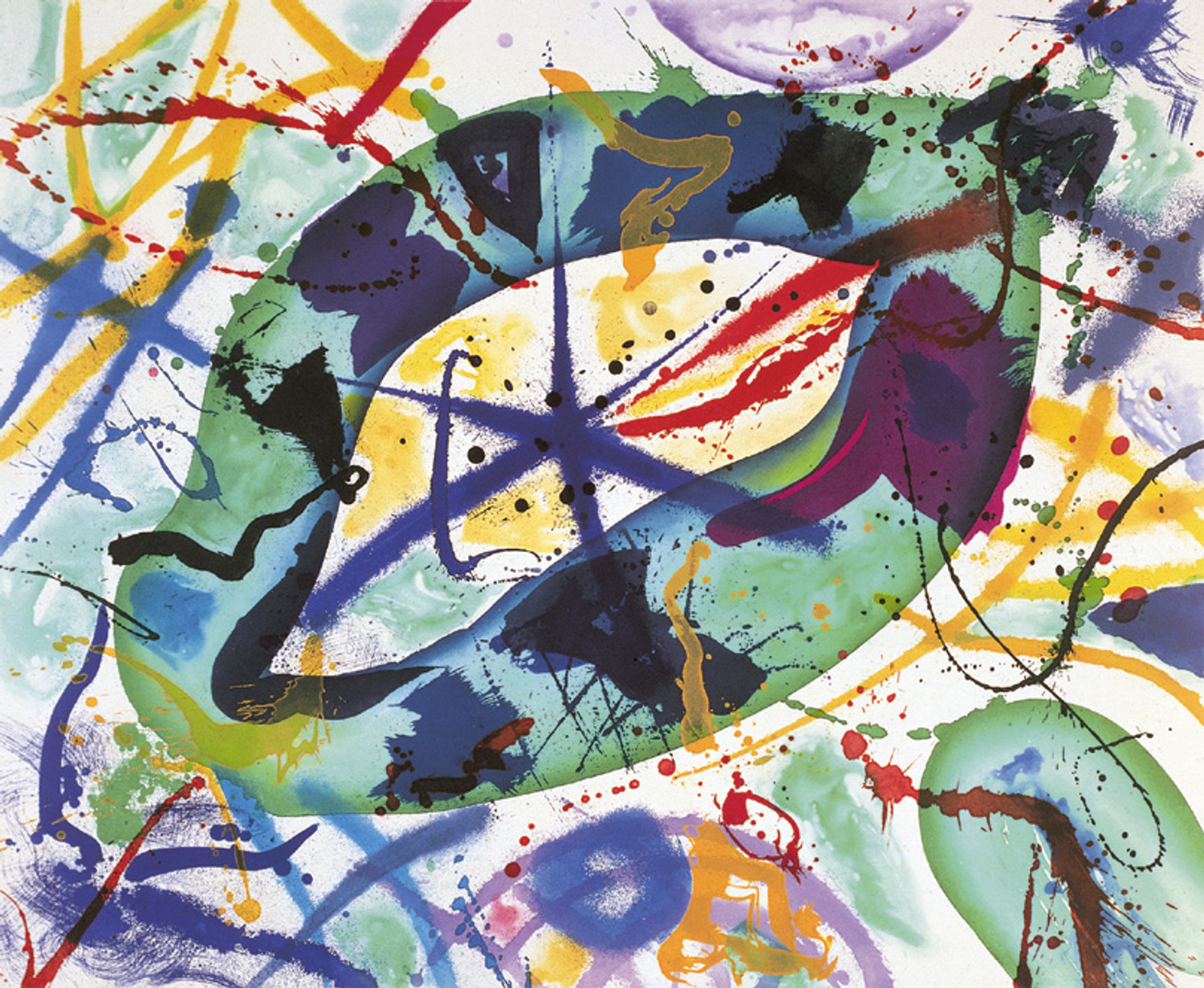 The TRIO title was Sam's idea ”explains Valter Rossi as he shows me the rehearsals for the extraordinary series of five colored aquatints printed by XNUMXRC in Rome during the summer of XNUMX. Technically, the series is a tour de force that captures the qualities of transparency, light and infinite space that characterize Francis' bouyant paintings. It is also unique in other respects. A transatlantic collaboration between Francis in San Francisco and the Reds, who flew back and forth between Rome and California a few times carrying copper plates and rehearsals between the artist and the XNUMXRC atelier, the suite took four years to complete.

In the past, painters who were not primarily printers gave their images to professional engravers, who were responsible for fitting to the page; they were essentially reproductions of paintings before the invention of photography. Until the last century, the possibility that a great painter also used his hand to make prints was the exception rather than the rule; this is one of the reasons why we appreciate the prints of Mantegna, Pollaiuolo, Lucas van Leyden, Durer, Rembrandt and Goya so much. Working in black and white making prints closely related to their designs.

Today, technology offers painters the ability to create graphics that resemble neither reproductions nor drawings, but capture the illusion of space and the range of colors that are an integral part of painting. The invention of color lithography in the nineteenth century opened up new possibilities for pictorial printing over linear prints, brushing liquid tusche on litho stone rather than working with intaglio printing tools that require chemical etching on copper plate, it gave the artists the opportunity to finally capture the pictorial effects in the print medium. However, the possibility of creating pictorial space in lithography is problematic by definition because the flatness implicit in leaving the image in the form of a film on the surface prevails. The advantages of the etching and aquatint carving processes, for which 2RC is internationally renowned, is their ability to maintain transparency, regardless of the number of colors used, and their ability to provide an illusion of space that is a function of the actual significance implicit in the process itself. For an artist like Sam Francis, whose mystical and visionary images depend on our perception of his swollen and bursting forms that float in an unlimited and indefinable space like the cosmos itself, the grand scale and degree of transparency maintained even when there are twenty

used colors, for which 2RC is famous, allowed for the creation of prints that captured the unique qualities of his paintings. Due to the intimate and sensitive nature of the collaboration, two opposing qualities were made possible: spontaneity and review over a period of time. By studying subsequent proofs and working closely with Eleonora Rossi, whose unique gift for the precise mixing of unconventional colors to suit the artist's desired palette, Francis was able to deviate from the standard color range of the inks to find new tonal harmonies. , resulting both from the mixture of printing inks, as from the successive impressions of different colors one above the other during the printing of the plates. The delicate process of preserving the colors of Francis's palette was strictly controlled by both the artist, his Roman collaborators and the artisans who worked in the 2RC atelier.

The production of contemporary color prints in its finest form depends on translation, which is the translation of pictorial values ​​in the graphic medium using paper rather than canvas as a support. Reproduction art prints that can only replicate and flatten in the way posters flatten images into decorative patterns, which are often photographically enlarged. The difference in the quality and sensitivity of a translation of an artist's expression from one medium to another is what differentiates large prints from reproductions. The Rossi's decision to perform intaglio printing only depends on their belief that it is the basis of the translation of painting into a graphic statement capable of creating the illusion of space on paper is only possible through the use of intaglio processes.

Illusion, with its poetic and spiritual connotations of infinity as a feeling of ambiguous and indefinable space, is at the center of Sam Francis' personal vision of a dependent, pulsating and unlimited universe. The extraordinary image of a "floating world" of light and space in TRIO prints is the result of a seemingly predestined collaboration between a painter and an engraver with a shared dedication to a translation of the vocabulary of pictorial values ​​into the language of prints. 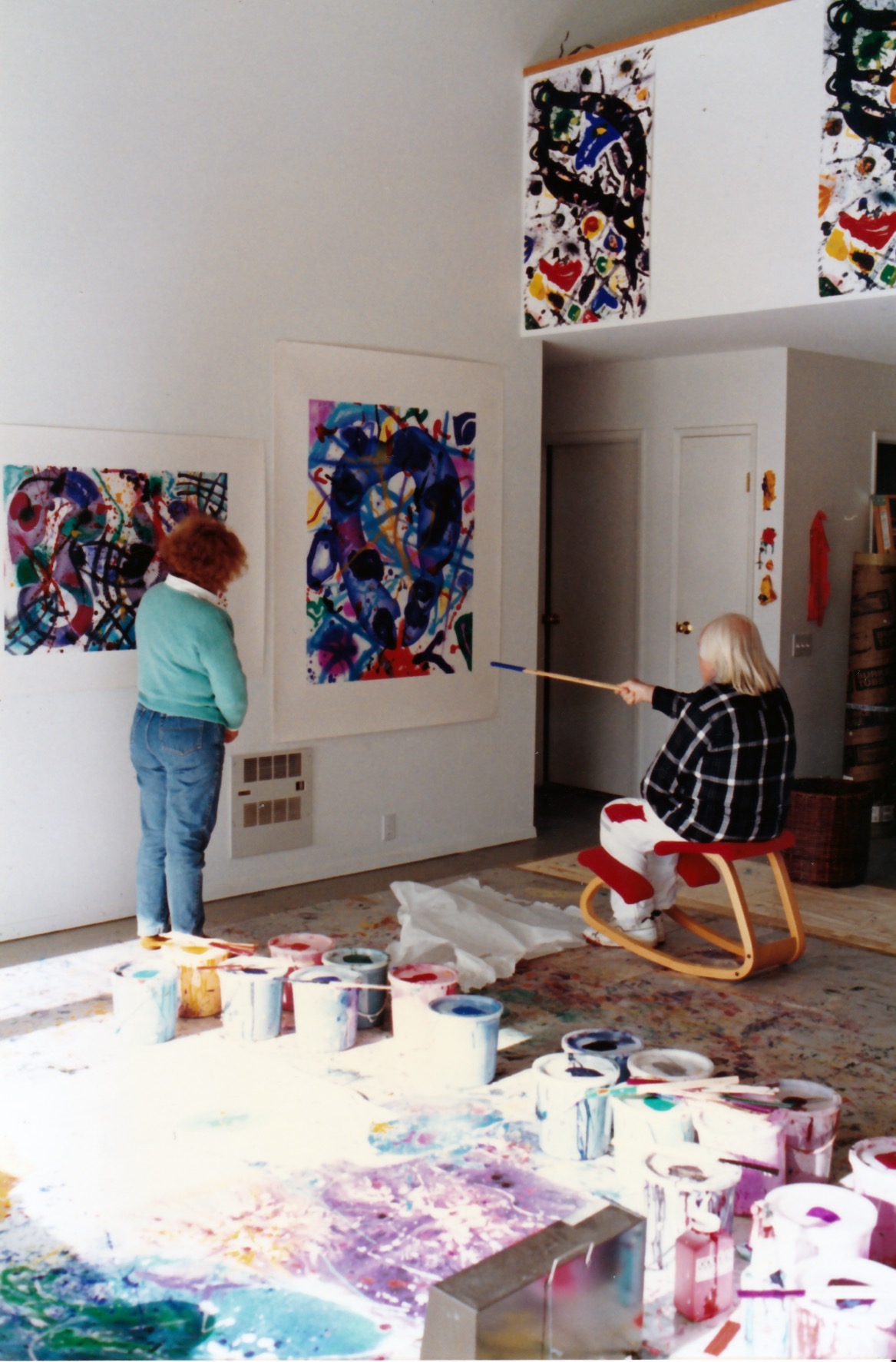 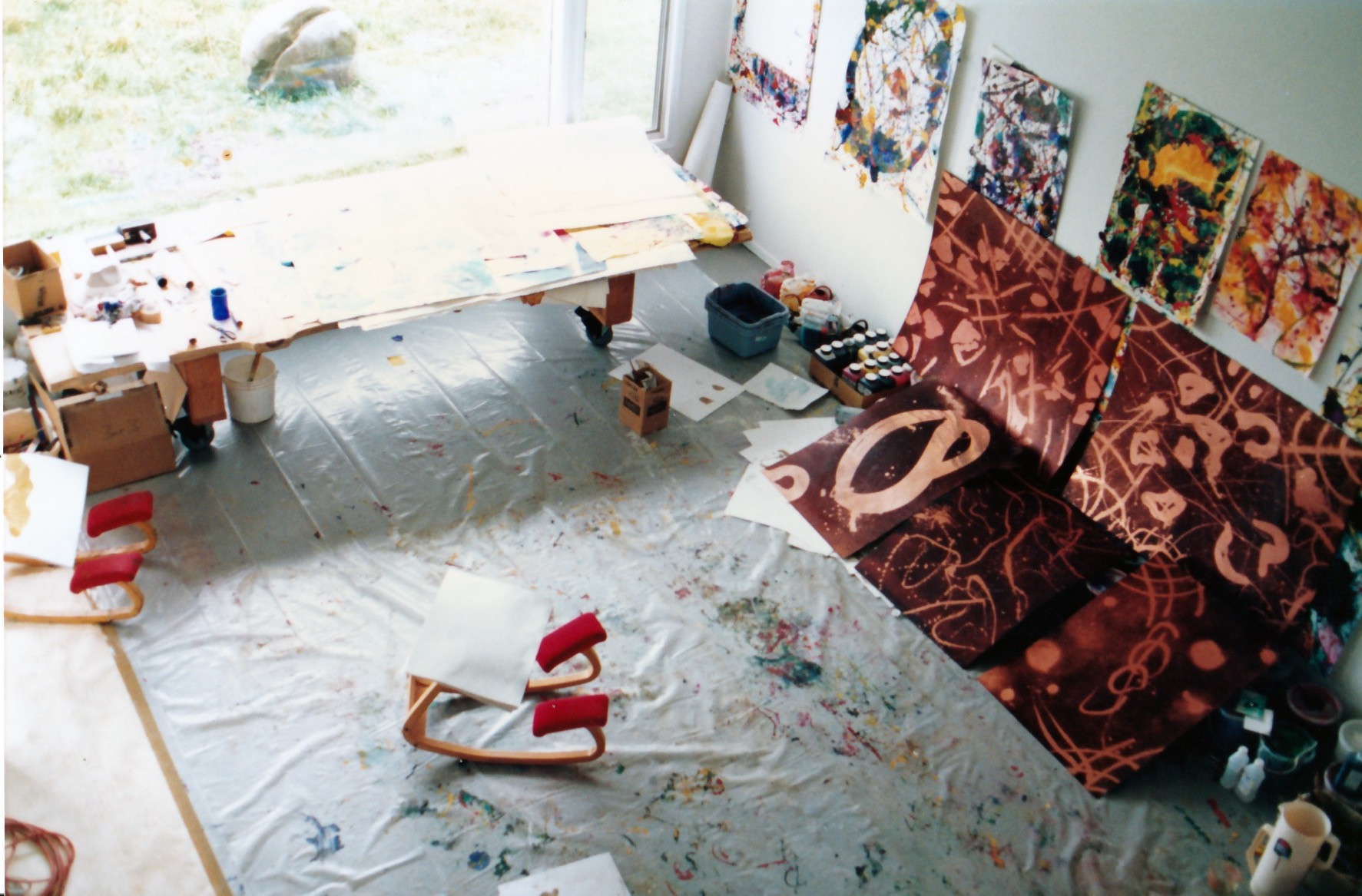 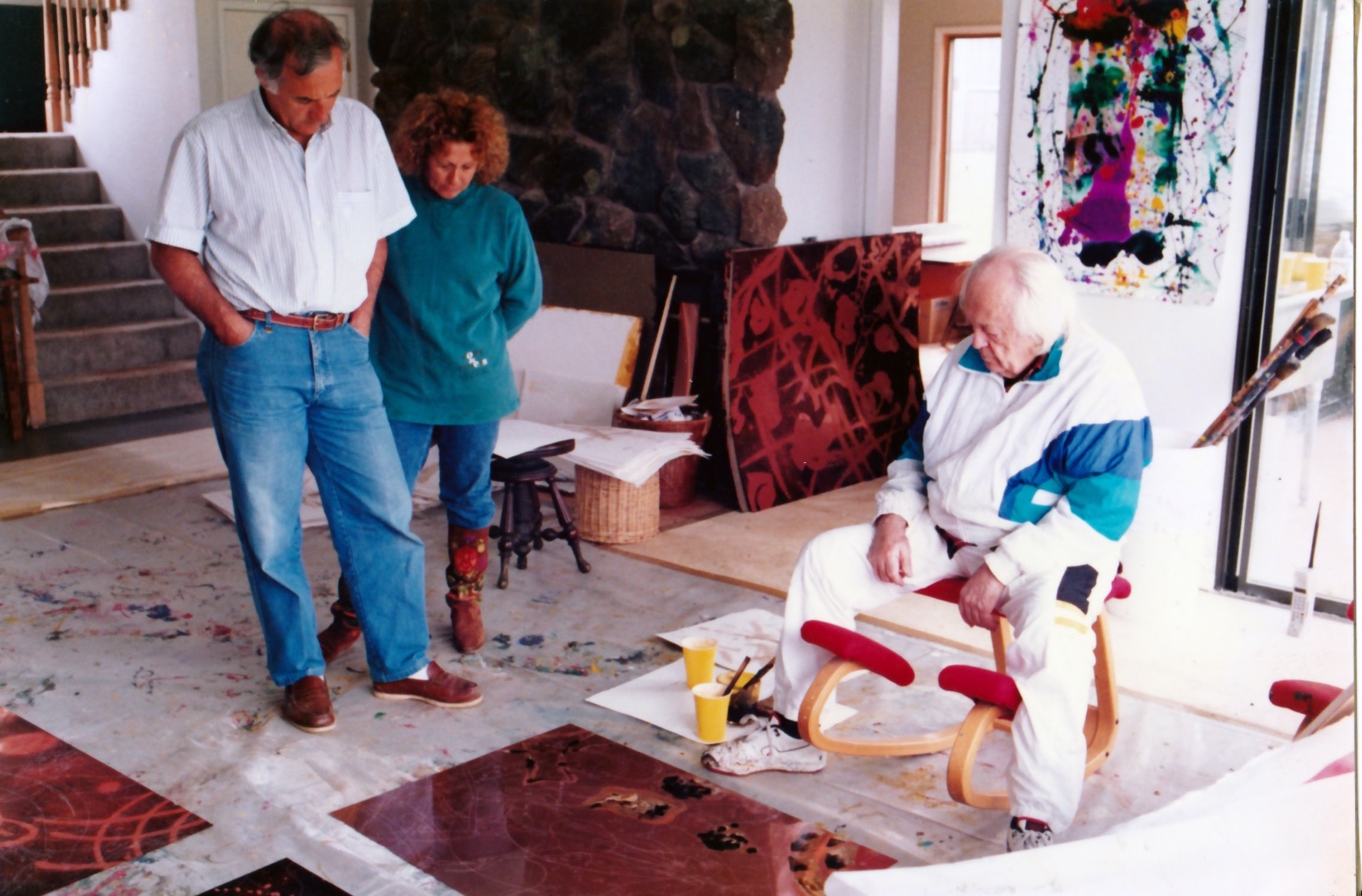 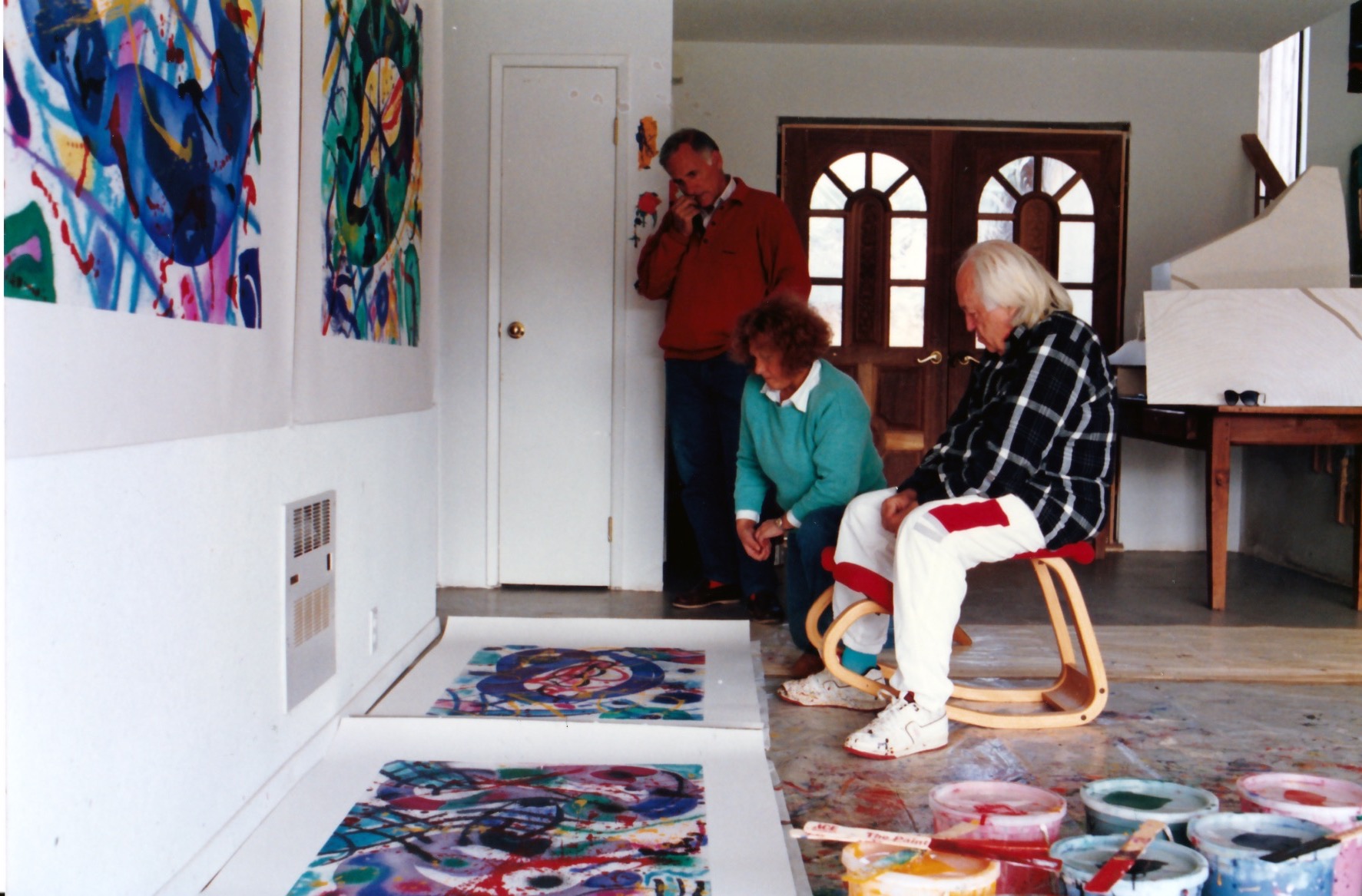