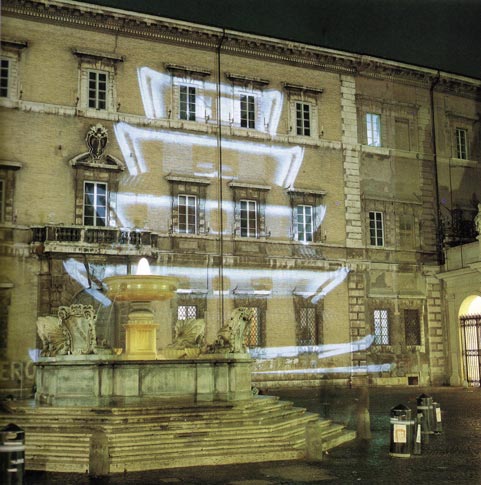 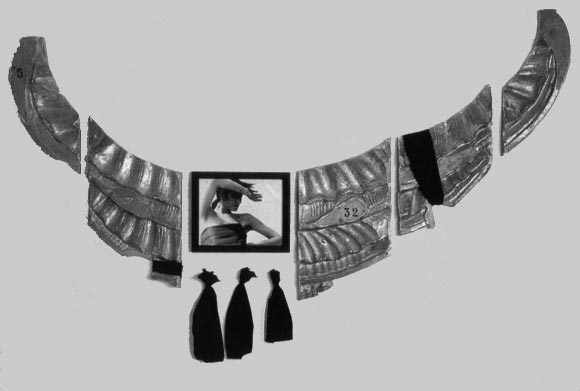 A traveler's story unfolds, from beginning to end, under a starry sky by day and by night. The flickering gaze, the water, like the road, never still.

The woman, in profile, keeps her eyes closed and stares, motionless. He lives in an advertising poster next to a sign on the subway indicating all the stops on the line. Lordure, lordure!

When he emerges from the tunnel - or perhaps before he has been there - the man is with two others and walks with his hat in his hand. A gondola crosses the horizon.

The Venetian Man is a metropolitan pilgrim. Sometimes he loses the sense of proceeding. He lets himself be led by the light of the explosion of fireworks and forgets the direction of the lighthouse of the vaporetto that illuminates that small part of the night, every night at the same time. Sometimes he has no eyes for anything or anyone.

A solo sax emerges from afar in this wandering in black and white, in the lagoon, in the city, in the mud, under the neon roofs that are sometimes decayed.

In a moment it is the 40s, you can feel a subtle essence of herbs, a woman is sitting in an armchair, the confused features and the blurred image take her even further away from time. Was it a mother, a fidazata or a child? From the hall of the Doge's Palace, the Venetian man sees two gothic windows, two large globes, a statue. The man who is in the statue is the time, he is a foreigner at the time. He has no thoughts. the water throws at him reflexes as sharp as swords, he is forced to close his eyes.

Today it is a different house in a different city, it has a pagoda shape and not a Venetian one. An original manuscript in Chinese divides him - that man - where a 0: matter and a 4: spirit appear, summarized in 3; knowledge.-I look at the sky above Venice - writes Abdulah Sidran in “The coffin of Sarajevo” -. Up there and everywhere, there is God. One. Who created the Universe, seven billion worlds in the Universe, in each world many languages ​​and peoples, and only one Venice for one. And a small people made, in one of the worlds, on a territory they call Europe, in the South Slavic tribe. Here the Border. Bosnia, Bosnia, Bosnia. Here they touch and fight, the cross of the East and the cross of the West, born from a single cross ”.

The man walks away, his footsteps are heard echoing in a long and narrow street, he has a fire in his head. A car runs on a highway between California and New Mexico, the signs blur and overlap. Dream.1 fragments of life, in the non-significant flow of time, are all recomposed, projected on the walls of Rome, in the original unity of the individual.

10 Images return to 1, as the sum confirms. The Venetian man at the crossroads between East and West walks slow and fast on his solitary path in a Warholian stillness. protected by New York profile. This, by Maurizio Pellegrin, is a story of duration, I would also say Peter Handke who in his last song writes: “Who has never tried duration has not lived”.