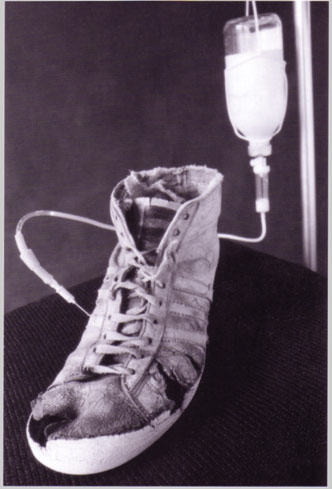 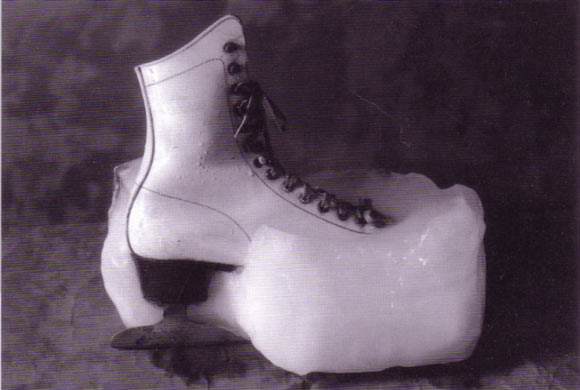 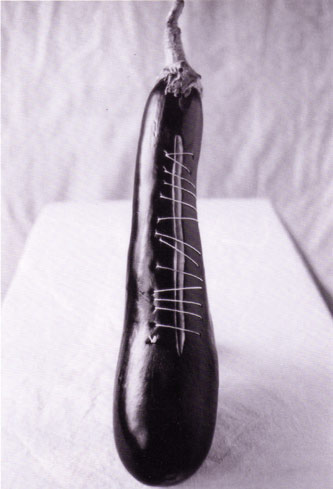 David D'Amore's imagery can be classified as “The surrealism of fish out of water”. In presenting everyday objects in strange, new circumstances, he ambushes the observer's expectations. Create situations where the object appears out of place. It takes a step away from reality. In Metropolitan Envy, D'Amore photographs a bird in a cage, but the bird in question is not a parrot, but a plucked chicken. Create his own world upside down. For example, he takes a common gas cylinder which he transforms into a semi-magical icon by attaching it to the sides with light bulbs. Although the bulbs light up, the energy source is absurd. In illustrating, altering it, the usual relationship between things, as in the work Altamarea, in which he shows a solitary skate partially trapped in a block of ice, the artist enriches the spirit of dry surrealism of Magritte and Man Ray.

First, D'Amore plays with our sense of scale and size. We are always unsure whether the framed images are miniature, full-size or enlarged. The snails who trace their way through a hot water bottle in distracted Flatterers have the same attitude as the pilgrims who set out on a mountainous landscape. The dynamic angles and bright colors that characterize D'Amore's nightmare scene paintings have been replaced by a centralized monumentality in his photography. Recently, D'Amore printed some of his photos in black and white with a light veil of ocher, rust and blue. While it has given a warm carnal hue to hard surfaces, human skin is veiled with a metallic tone. D'Amore appreciates the power of inversion.

Some interrelated themes recur in her work - entrapment, loneliness, stillness. In some cases the macabre is presented with a touch of curiosity. A cotechino lies on a plate.

By fastening a wristwatch to the cotechino, and then giving the photo a common title - Three minus four - in an instant the artist makes the image terribly shocking.

Rather than mentioning the metaphorical influences of his imagery, D'Amore talks about what his work is not: 'Your photos aren't ironic,' he argues, referring to the comic potential of a birthday cake photo placed on a table straddling two tracks. The scene can resemble a surprise party for a possible suicide. "Nor am I misogynist," he says of his female nudes. The Incendiary Nude paints a woman posing with a blowtorch in her hand. the hard metal of the blowtorch and all its masculine connotations create a strong contrast with the sensual shapes of the model.

However, in D'Amore's work there is a marked aggression: the tools he uses include weapons and symbols of pain. In Serenata molesta he portrays a naked woman. In a malign interpretation of the dancer josephine Baker, the model wears only a "skirt" of knives attached to the waist with a piece of scotch tape. In Alternate Idol, an ax was planted in a vase, with the handle stuck in the earth. The ax replaced the planted sapling. It appears that the plant itself is cultivating the weapon of its own future destruction.

D'Amore studies the traps of contemporary existence. Some of his photographs refer to the desire for mysticism and spirituality as an escape from the monotony of suburban life. Appliances are equipped with new, useless functions. A teapot pierced with arrows becomes a home martyr. San Sebastian or Earl Gray? The Speed ​​of Heat is an iron to which four wheels have been attached, It is reminiscent of the imagination of the futurists; a world where everything had to go faster and where bourgeois life was running towards its own extinction.

The wheel, as a symbol of mobility, appears in several photographs. But the artist also directs us elsewhere. The representation of opposites, or the forces of energy against indolence. This appears in Apathetic Divinity where a candle is placed in a tiny cradle. D'Amore gives a mass product a quality of sleepwalking, transforming a banal mechanical part into the protagonist of his melodrama.

While with the wheel he represents the means of transport towards invisible horizons, D'Amore uses the cage and the wheelchair to symbolize the restriction in movement. The starting points for other works are incarceration and hospitalization. His talent lies in the ability to give highly charged emotions to clinical compositions. Even the simplest of subjects can be imbued with a new power given by his skilful interventions and lateral thoughts. Surrealism meets harsh reality. In the universe of David D'Amore, Dissidente is an eggplant cut and then carefully stitched up. In this way he transforms a photograph of a vegetable town into a monument to free speech.