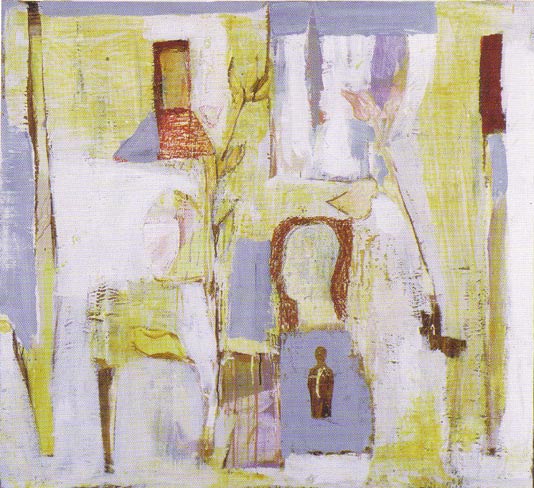 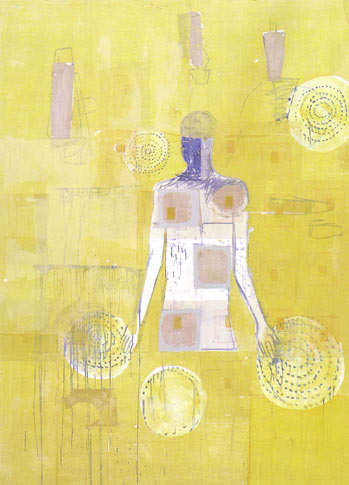 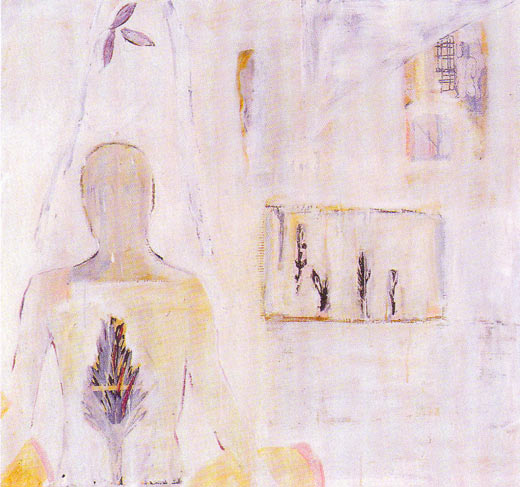 Figure with treeshape as heart - 1999

For the occasion, some large-sized works performed with mixed media and others on paper, inspired by travels to Morocco, Thailand and Italy, were presented.

In large-scale works, the artist intervenes directly on the canvas by pasting preparatory sketches, which once painted, take on the dimension of archaic memories.

In the Dutch artist's canvases, the figure occupies an important place, as the critic Jonathan Tumer likes to emphasize; in fact ”… it is calm, distant, devoid of an emotional state. Like a study of loneliness, it is simultaneously archaic and classical, in a position that reveals no further clues. "

“I see the human body as a container, says the artist himself. “It is an archive of natural phenomena, emotions and experiences. Often my work deals with the idea of ​​the body as a storage place, in which you can compare the abstract and the figurative. I need the human figure to establish specific situations, to provide for the idea of ​​the uncertain. "