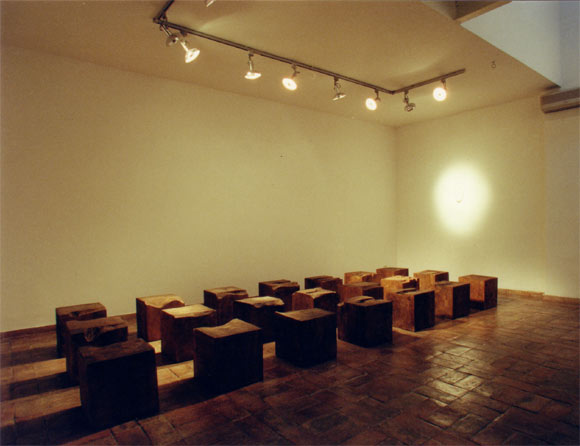 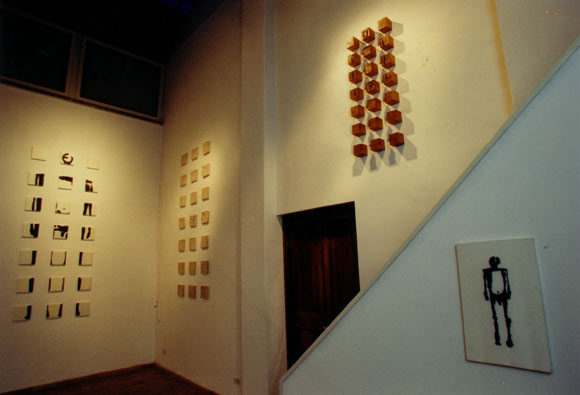 The Nobody's body work, on display at the XNUMXRC gallery in Rome, is part of a three-year project entitled What's new In my new continent? (continent = body). In addition to the work exhibited, out of sense from XNUMX, already exhibited in the gallery in XNUMX, and Fragments from XNUMX are part of the entire project. on June XNUMX, XNUMX.

Nobody's body is an attempt at synthesis, for the definition of a canon, in accordance with the cultural presuppositions with which the third millennium opens.

A canon towards being, as the individual expression of the cultural context in which it takes shape. It receives from the outside the stimuli that then re-emerge in the form of experience, of growth (2), useful to modify itself and, consequently, also to change the context of which it is host.

Canon towards the dissolution of the body as a formal unity for its own sake (deconstructive canon): the body is not our possession. If anything, it is an amplification of the body of others. As are the cloudy bodies in the sky, the Castelis that bodies raise in Catalonia or the circle dwellings of the Yanoama Indians.

Canon towards the dilation, expansion, enlargement and finally encroachment of the body into the surrounding space, becoming the same being: both share a single space, which is a place of ambulation, passage and continuous change.

Canon towards the third millennium whose meter is the distance that separates the being from the material to take on a timeless dimension, beyond time.