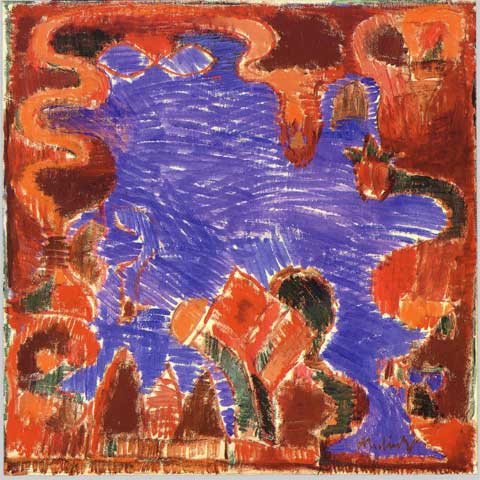 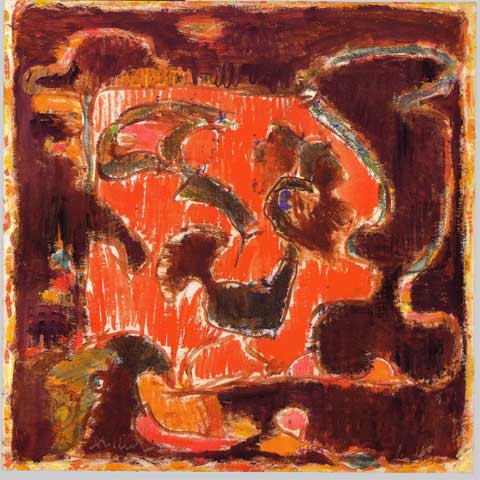 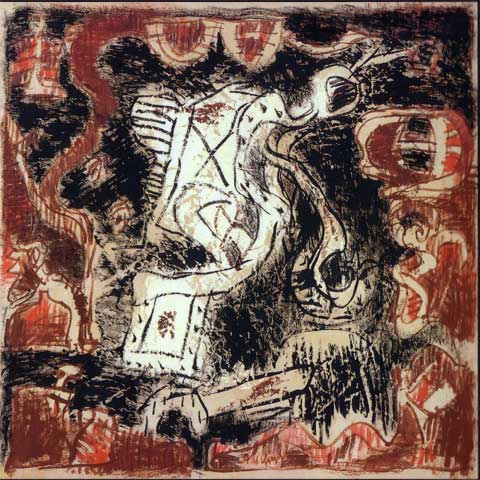 Fourteen large canvases, all produced in the last year, are added to the artistic production of Pierre Alenchinsky.

Born in Brussels in 1927, the Belgian artist belongs to that generation that characterized artistic Europe in the immediate post-war period, when he succeeded in contrasting the dominant styles of the time with a new relationship with materials, the creative gesture and the sign, proposing new artistic forms in contrast with the academicism of the regime and with the harsh and daring figurations that characterized it. In 1949 he joined the Northern European movement called Cobra (the name derives from the first syllables of the cities of origin of the adhering artists: Copenhagen, Brussels, Amsterdam), with the aim of drawing the ranks of Nordic Expressionism and re-proposing its relevance. Despite its dissolution in 1951, Pierre Alechinsky has maintained, during his long years of activity, a style typical of the Nordic tradition, not abandoning his interest in oriental culture. Abstract images made with ink, with a fast and indefinite sign, interpenetrate with the material; the result is large canvases which, for the most part, are circumscribed by frames in turn painted in intense shades from bright red to blue and bright yellow, representing undefined forms belonging to the natural world, of strong evocative depth. The artist looks at the world, with subjects ranging from trees to leaves, from mermaids to shells made with great impulsiveness of the gesture and certainty of the sign. Here the fantastic and the dramatic give life to everything that is dreamlike and surreal in our imagination. With the work of Pierre Alechinsky we are witnessing an art as an expression in its pure state, carried out with great sensitivity and structural complexity.