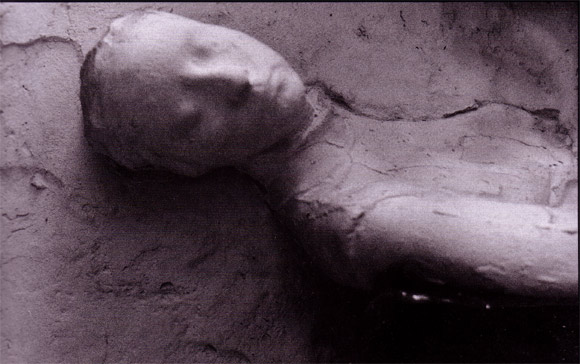 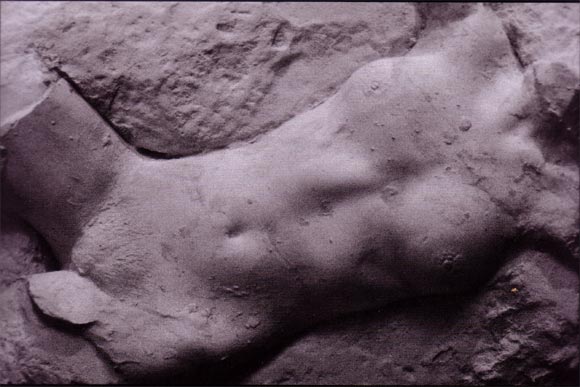 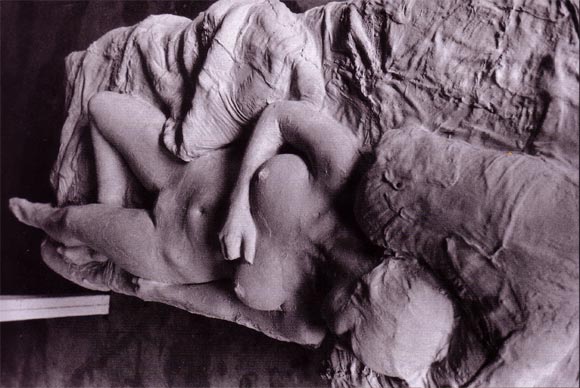 The 2RC gallery inaugurates an exhibition by Dino Pedriali containing a work done in the studio of the artist George Segal entitled “Officina del corpo” (1976) and another work on the human body entitled “Eco” (2002).

"Officina del corpo" was born in 1976 from an excerpt of a work of 96 photographs, exactly one year after Pedriali's meeting with Man Ray (who will lead him on the path of photography) with whom he creates a four-handed work entitled “Atelier Man Ray” (1975). Referring to this work, Man Ray himself said: "..If I had done it it would have taken me several days, while with great pleasure, I saw my own thought materialize in a single afternoon."

Officina del corpo ”thus becomes Pedriali's first work and his poetic line will spring from it. Pedriali shoots in the studio of artist George Segal, creating art from art giving different sensibility to objects that are already sensitive in themselves. “… My eyes are two glass plates, no! Not mirrors, they don't reflect, they absorb everything, like colors. "

In the second work done specifically for the exhibition, Pedriali still scrutinizes the body trying to insinuate himself inside it “… I feel the need to empty the inner content of the body, to get inside it with my mechanical eye. Sew myself into it to capture the resonances, vibrations, echoes that life gives us, and it is precisely the element of the echo that is the motivation of this work ... "and to grasp its true being, the life that animates it in the search continuous and assiduous knowledge of the human body.