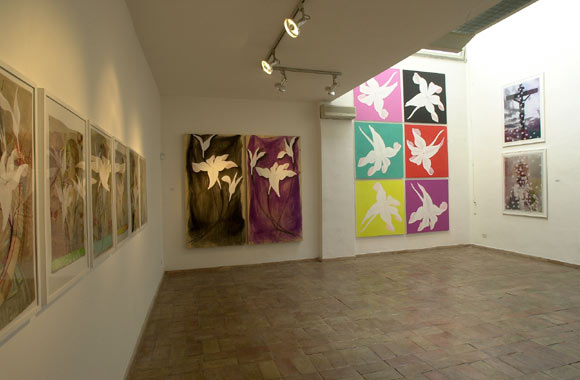 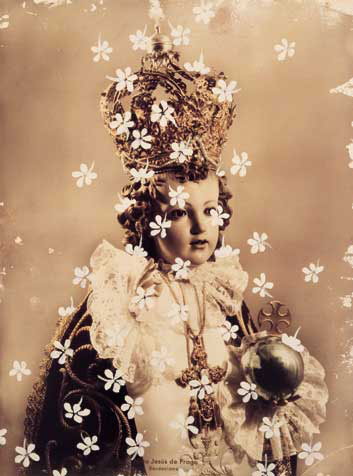 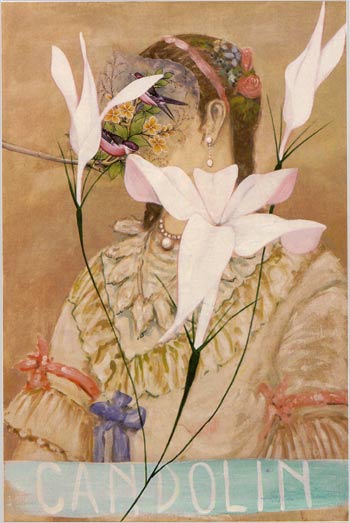 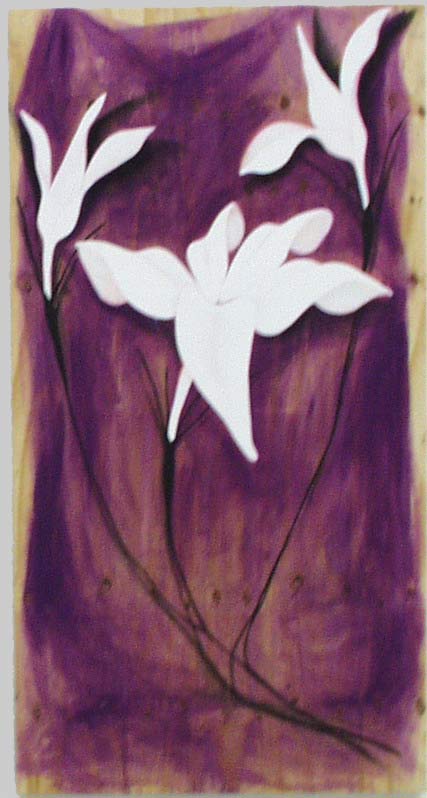 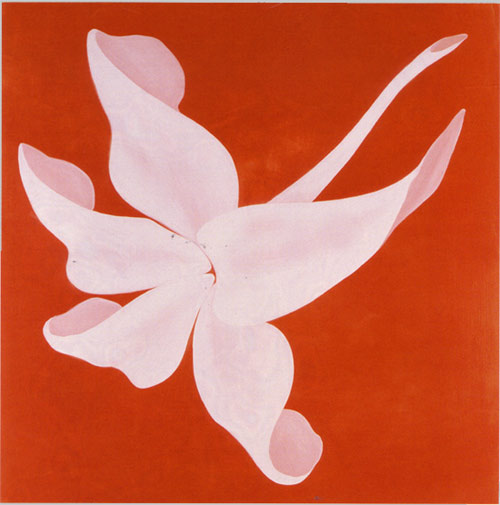 In Grillo Demo's work, the beloved jasmine appears everywhere: on bullfighters, Madonnas, Crucifixes, Baby Jesus, on Caravaggesque Bacchus, on Michelangelo's Tondo Doni, on the Christ of Fra Angelico. The five white petals of the jasmine, transposed into a concrete hyperbole, form the foot of some tables, just as a giant butterfly forms the basis of a shelf. In Crucifixion with Falling Jasmine (2002) the white flowers are painted in acrylic on the photographic print, they are arranged on the vertical axis and stand out clearly on the dark silhouette of the cross, which in turn stands out against the cloudy sky, where the chromatic contrast is transformed also in the contrast between the gentle grace of the flower and the drama of the scene. Flowering is richer and more widely disseminated in the opulent Bambino of 2000. In a transparency, a figurative code is superimposed on another.

A series of twelve female figures (acrylic, plaster and collage on canvas, 2003) was created during a trip to Goa, India. These are female images portrayed in graceful poses that date back to the XNUMXs and were found at an antiquarian in Bombay. The randomness of the find that generates the work arises from the trajectories of the journey. Birds, jasmine and other flowers appear superimposed on these figures of young women. The girls are given a name through the titles (Stolim, Candolin, Bambolin) which in some cases (Sueno, Venus, Mujer rosa) allude to femininity linked to the dream dimension and the theme of beauty. Under the painting the face is always enigmatically hidden. Finally, the characteristic five-petal flower (number linked to the planet Venus) is magnified and isolated, on two wooden panels (purple and black) and on six square canvases (red, black, green, yellow, fuchsia, pink). These flowers encamped on monochrome backgrounds are almost portrayed. In the Allegories of Aziz Eddin it is the jasmine itself that presents itself: “My penetrating smell overcomes the perfume of all the other flowers; so that lovers choose me to offer me to their lovers. I am born from the invisible treasures of divinity and I rest in the folds that form his garment ”.