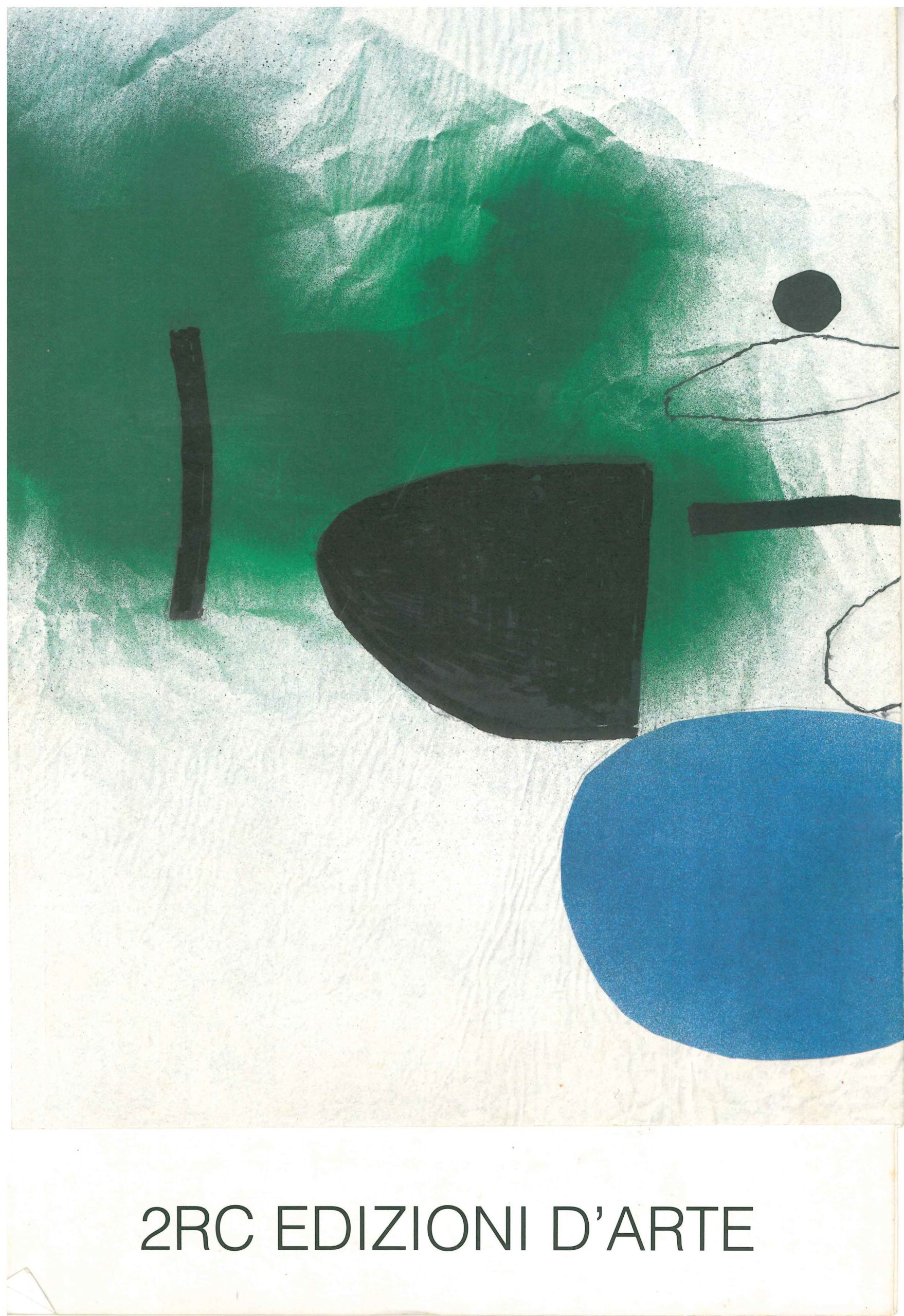 Tbetween Nicholson's purism and Sutherland's visionary surrealism, the third great of English painting, Victor Pasmore, introduces a third way, one of synthesis and not of compromise. After a beautiful figurative past in the wake of Sickert, he was a constructivist, close enough to the architects of Archigram also for his critical tension and design will; but the self-criticism implicit in his rationalism led him to the discovery, in a line similar to Moore's, of a more geological and organic sense of reality. Rational and organic, geometric and biomorphic are not incompatible semantics, only that the first is based on the idea, the second on experience.

Over the years and the progressive decanting of poetics, it has reached an integral symbolism, which summarizes the experience of one's own profound self and of the world, of one's own bio-psychological interiority and of the environment. Where everything is symbolic, the symbol is no longer transcendence, abstraction, metaphor: the great truth of Pasmore is the total identity of symbol and image, image and phenomenon, and since there is no reality beyond the phenomenon, the phenomenon symbol is all reality.

In the ten years and more since he has lived in Malta, the navel of the Mediterranean, he has made the island his habitat of the sea the liquid matrix of the image.

Today his favorite technique is large format graphics, perhaps because it allows him to overturn the architecture of his first stereometric constructivism and free the image from contextuality with the material consistency of the painting. And he found in Rome, in that magician of the art printing that is Valter Rossi, a collaborator rather than an interpreter.

The repetitiveness of printing was necessary for him: having reduced art to a process of integral symbolization, the uniqueness of the work becomes an intolerable servitude. In the limited edition, the repetition of the image is prescribed by its own rituality. Just as the initials of a Byzantine ornament cannot fail to be repeated.

The matrix of the mythical image of Pasmore is landscape, indeed ecological: the island, the archipelago, the incessant interpenetration of land and sea.

The large white sheet is an endless expanse of light and the colors, the same browns and blacks, are saturated with drunk light. The stupendous suite of the Points of Contact describes the slow, irresistible attraction of the melting drops of water; elsewhere is the mystery of the filter or the transfer, of the streams that make their way into the rough, absorbing surface, the underlying myth is that of the wedding (Blake would say) of earth, water and sky: or of the triumphant passage from chance to order , from the car to the image.

At the source of English aesthetic thought, there is a theory of the machine (blot); is by Alexander Cozens, in the eighteenth century Enlightenment, and founds the poetics of the picturesque, that is, of invented nature. A drop of ink falls on the paper at random, but not completely, in the act there is however an intentionality, a virtuality of growth.

From the blot, through a process of improvement, a landscape view emerges, as from the tangles of Turner a luminous space and from the digression of Sterne a story and a moral. Pasmore's from blot to image process is instead, development from the core to the environment, from the machine-event to the world-phenomenon-image. It is a slowed down process from the id to the super-ego, from the chthonic, dark myth that we carry in the body to the Olympic, solar one that surrounds us. This is how Pasmore's symbology becomes ecological, Mediterranean. Development is also, physically, enlargement. Looking with the lens, the blot becomes an island, promontory, inlet, current, sea. It is a mythologism to which a macrocosm corresponds: the same natural order or the same deep mythologism governs the drop and the oceans, the molecules and the mountains. The father of symbolism, Blake, magnified a flea and made a monstrous ghost out of it. It was Norse mythology. In the Mediterranean, of Pasmore, a drop makes a sea.