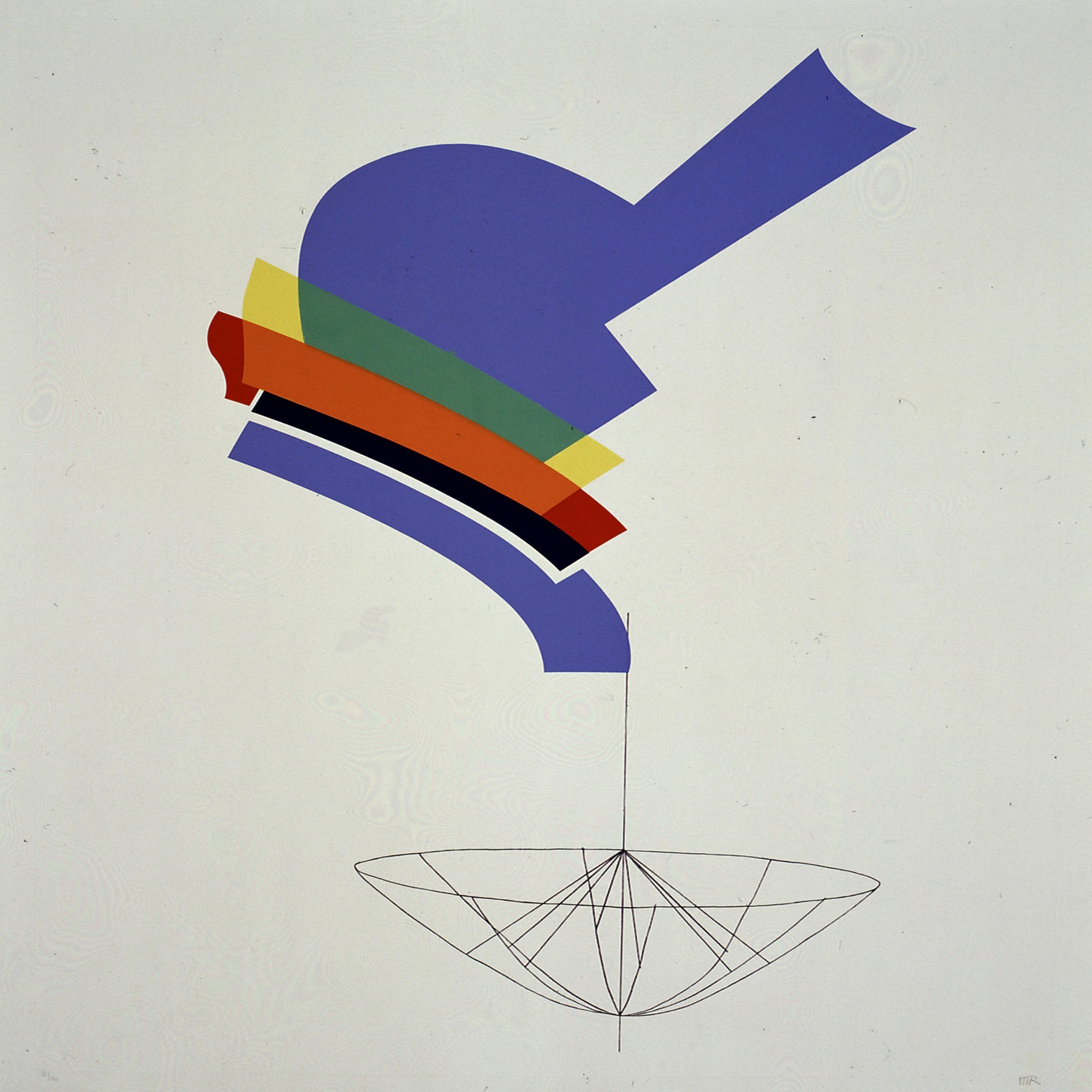 The suggestion of the Hotel Esmeralda was given to us by Man Ray, an American painter and photographer, who, already at the first meeting, understood how much we were in love and immediately saw us at ease in his imaginative and unconventional studio-house. Place absolutely out of the thinkable canons.

On that first day, we sought to astonish each other with facts and witticisms relating to our personal experience. This happened spontaneously as may occur with old friends and almost seemed to be a game.

Man Ray loved to surprise you and, like all true observers, his eye captured every gesture of ours, in the same way as an experienced director establishes the path to be followed with only a few camera shots, putting us to the test with shrewdness, using the occasion to evaluate and establish how much of his time he would devote to us.

During one of our amusing conversations, in the company of Eleonora and Juliet, Man Ray’s wife and model in his most beautiful photographs, I had sat down, by chance, opposite him.

At a certain point, I had the feeling that something was moving around me, making me almost uneasy.

The conversation was so interesting that I was not able to discern what had in reality caused this feeling.

Curiosity, which has always been my Achilles heel, eventually got the better of me and I broke off the conversation to investigate.

Behind me, an extremely long hair emerged from a small piece of paper fixed to the wall with two drawing pins, and it pointed directly towards my ear. It was as though it were touching me – so my unease stemmed from that and I moved to avoid it. Only then did I realise that the hair had been drawn with care and precision by Man Ray to assess the reactions of the person who sat in that place.

I deserved a gold star!

We were probably a focal point for him right from the start. We established frequent meetings that were totally original and led to a first stage of work in which Eleonora was personally involved, thereby earning the dedication on the first print: “Merci Eleonora pour les ombres”.

We also managed to make a large engraving-serigraphy entitled “Decantatore '72” (Graphic Presences) with difficulty. It was unthinkable for Man Ray to come to Rome.

We still did not have a “travelling studio” where we could make such a large image, so we were forced to travel continually between Rome and Paris to resolve all the difficulties.

It was immensely surprising to us to realise that an artist of his calibre had such a limited market at that time. I was happy to be one of the people who appreciated him, devoting time to him with joy, hopeful that we could contribute to spreading his image in the world of graphics.

Unexpectedly, new faces appeared around this talented artist, doing away with that naivety which made his minimal participation on the market so natural and disinterested. Shrewd dealers saw the possibility of making multiple reproductions of some object that he had created years before.

During our occasional visits, these replicas became ever more numerous, removing, in my opinion, that dreamy air which the originals had been full of, over and beyond their disconcerting simplicity.

It was certainly a useful process, however, not least because it allowed the gifted couple to live out the last years of their life in the comfort they had dreamt of and finally achieved. The most important thing was the satisfaction we felt knowing that his value had been recognised in concrete terms. 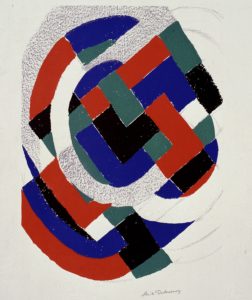 Sonia Delaunay received us for the first time in her home. Her personal presence greatly outweighed her majestic physical appearance. She had identified so much with the poetry of Robert Delaunay, her husband, that after his death she had taken on both roles, continuing Robert’s pictorial art with love and surprising personality.

He showed us many lithographs he had made over time, but we realized they lacked intensity and pictorial substance. From there our research began, even if we were limited by the fact that Sonia wanted to create a lithograph because she knew the technique and it was unthinkable, even for the age of the artist, to propose anything else.

We reached a solution, using colours which we ourselves blended that were very solid and covered well. After each pass, powdered pigment or the earth from which the colour had been made was deposited by sprinkling it on the oily surface of the colour, and as it absorbed, it was caught and amalgamated.

Once it had dried, the superfluous powder was brushed away with an extremely light brush, leaving a resulting colour that was velvety and consistent.

When Sonia Delaunay saw the first proof, she had no doubts about signing it “bon à tirer”. She accepted it even before she took it into her own hands, observing it from high up on the balcony overlooking her studio, from where she came down only on rare occasions because of her by now advanced immobility.

That time however she insisted on coming down immediately.

I must once again pause to dwell upon the youthful enthusiasm of that generation of artists which, in the case of Sonia Delaunay, was still more gratifying since, as well as her generous enthusiasm, the analysis she made of her work was done with such modesty that it amazed us.