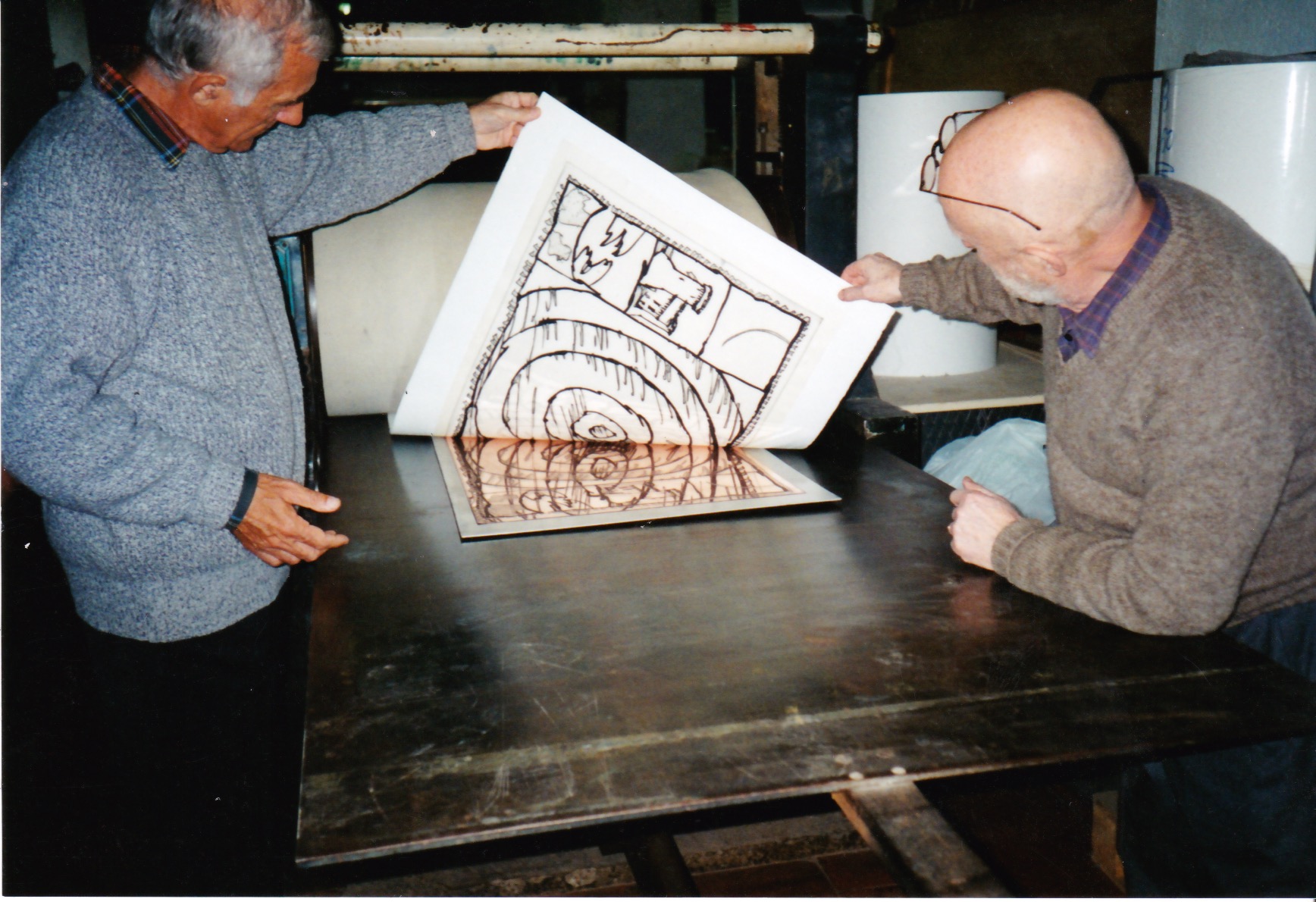 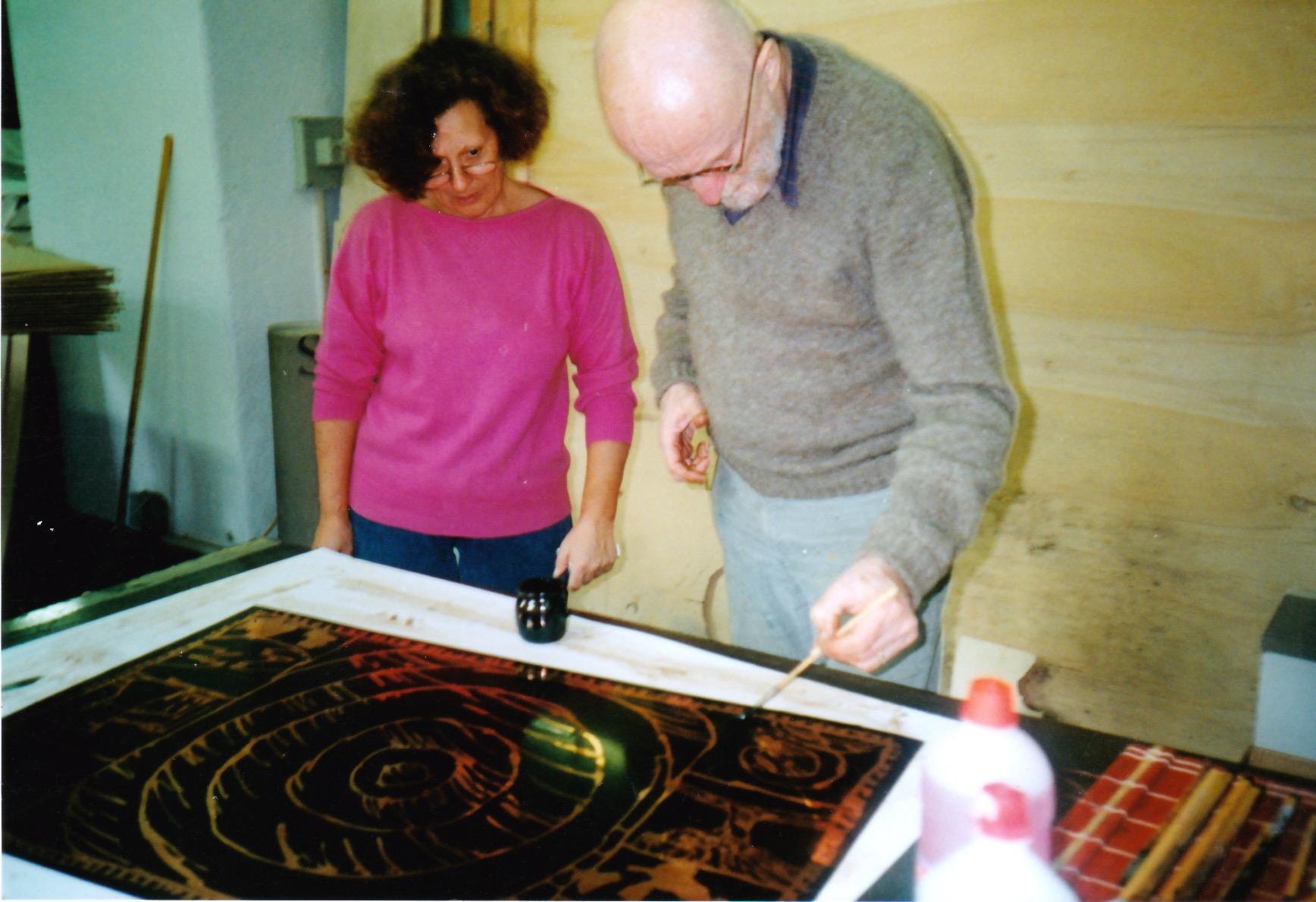 THEsettlement of the house / studio at Casale Acquaviva and the Antoniniana Stamperia d'Arte vineyard on the Via Cassia was the ideal solution to remake a program that took into account the possibility of resuming the old dialogue with the artists: being able to work in a serene and constructive way with new artists and young students in Italy and China.

This did not stop us from continuing to produce large engravings and to engage fully in research.

After Jannis Kounellis and Pierre Alechinsky to follow, the book “seven fragments” was printed with Arnaldo Pomodoro with the texts by Emilio Villa entitled: “primordial man”, edition for the HUNDRED FRIENDS OF THE BOOK Association.

And then a very large edition of ours, in terms of size: “Segni e Versi”, where Arnaldo Pomodoro gave a great space for reading to his great friend Francesco Leonetti.

In 2010 the two complex editions "Untitled" 2010 by Liu Ye after the print voucher made at the 2RCCAFA department in Beijing the editions were printed in Rome and also the third edition "Pinocchio", due to the delicacy of the aquatint, we could not risk and it was printed by loyal printers and friends: Raffaele Dorsogna and Adriano Corazzi on the Via Cassia.

This is repeated in 2011 with Zeng Hao where, however, we printed three of the five editions at the 2RCCAFA, to give confidence and compare the work of the two ateliers, Beijing and Rome, which was positive.

Then there was a new challenge with Zhang Xiogang where we set up a small printing house in his studio, near Beijing, where in three weeks we made, with the artist, two series of engravings "Speechless" and "Lost Dreems series" 2013 which we printed in Rome.