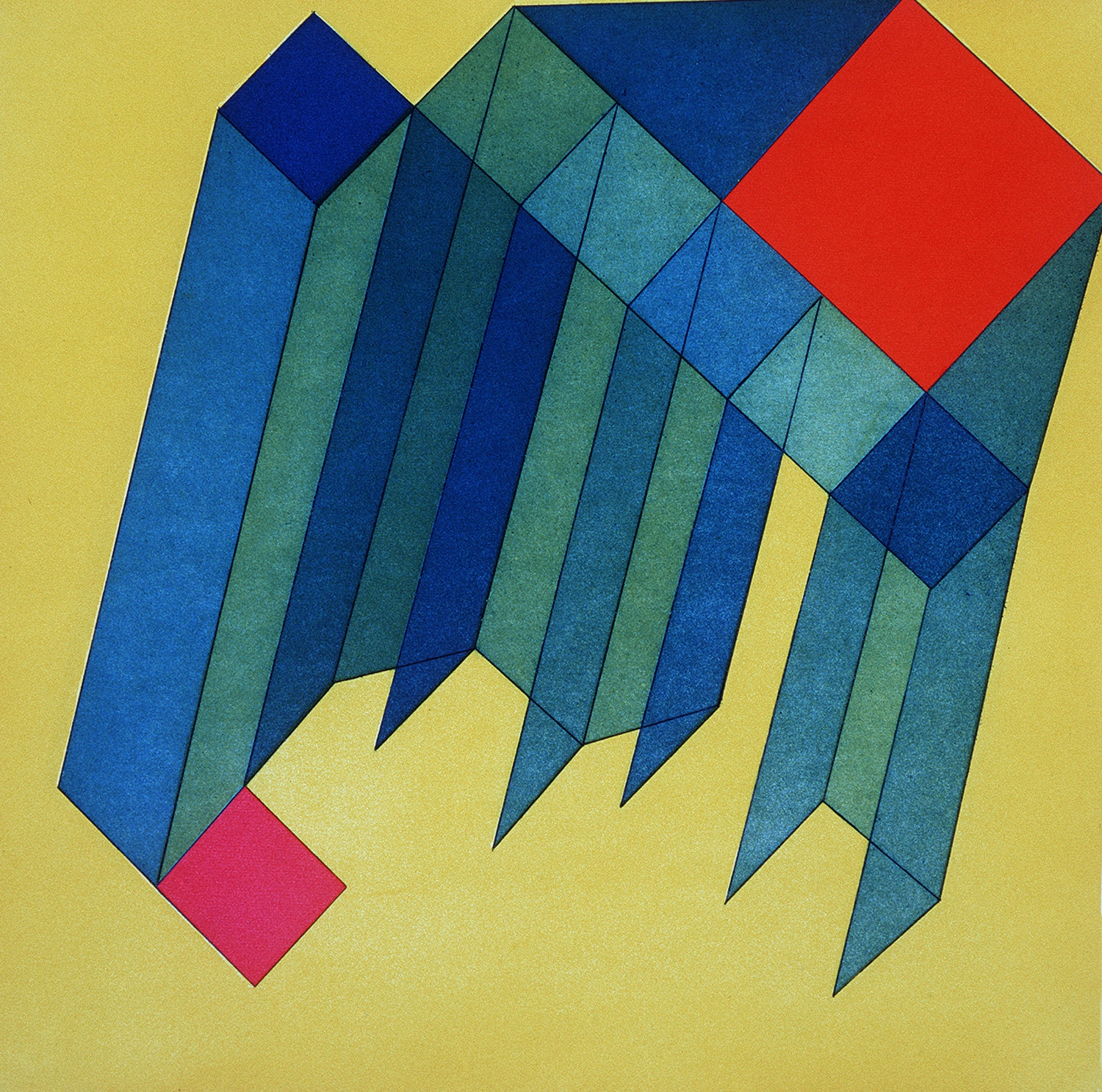 In the beginning was Odradek,

the lopsided spool of tangled threads,

the sly refe star that stumbles and falls,

arousing the concerns of the head of the family.

For a long time Perilli had observed that somewhat tipsy simulacrum.

He owned a funny supply of cubic and rectangular boxes,

from shoes, from Easter eggs, from vinavíl tubes,

He had long dreamed of making a series of incongruous machines, of delusional devices.

And one day he began to pile up dice and lozenges of boxes, diaphanous prisms,

at the court he composed a box-like cosmogony,

a Mirandola, an enchanted universe of rampant mechanisms and Meccan burlesques.

But above all he was still inebriated by the juggling of the square,

Here it is his booth of overturned boxes,

Of boxes, whose hairless sides open like the holds of ships,

that fit and join like phonemes in rebus and warps

of the magician Roussel, penetrating one into the other bold and cheerful as of contraband

with impossible joints and grafts and a great abundance of ironic folds.

without levers and pulleys.

Looking at them, I remembered the pròunydi Lísitzkij, stations that, wading and undeterred,

they hover in astonished space

without points of support on the ground with circus libration and perfect icarism,

of those pròuny in which you feel the suggestion of flight

and an unconscious connection with the charm of ballet.

The ballet that presses and rouses from the ground

But what was my amazement in seeing myself

that those gay machines, like clusters of ringing strokes, assumed human appearances,

that those boxes connected in shaky bodies

without pistons or gimbals,

in short, those machines were dancing puppets of geometric pieces,

crafty angels suspended between heaven and earth and enemies of weight, clay, stone.

In this world smeared with boredom

as on blades of blades, on peaks and ridges,

dance, I tell you, dance, for there to be joy.