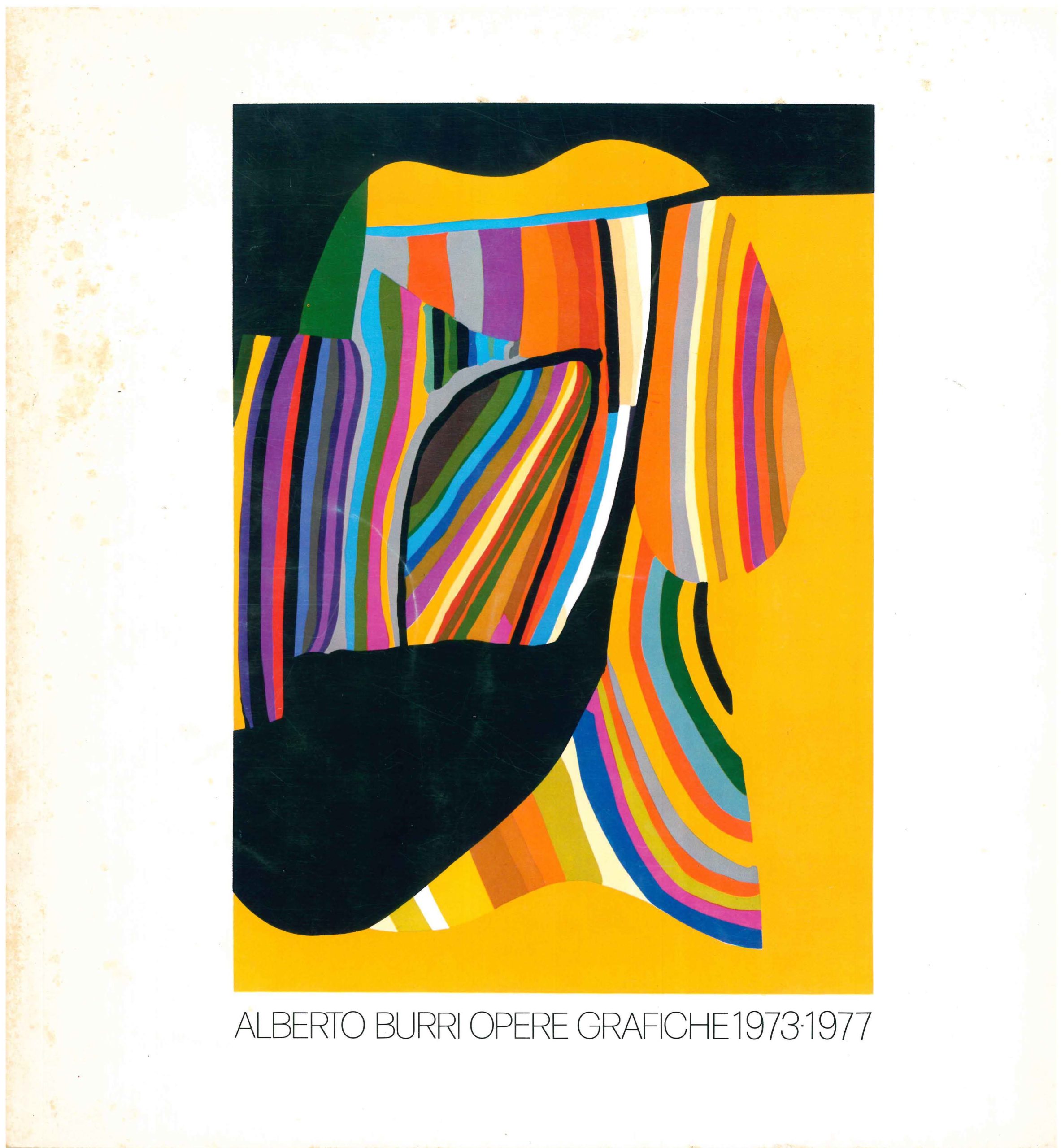 IThe relationship between painting and matter, which has always been at the center of Burri's work, is not divergent, but convergent. Bags, irons, woods, plastics have never been an alternative to color, they have instead been a manifestation of it. Burri does not divide in two, neither painting nor reality, between appearance (colored, deceptive) and material substance; precisely in this consists his revolt against tradition, which valued the painted image, precisely, as "appearance". And painting could not have been anything else, as long as its task was to reproduce the visible, reduce reality to a "figurative" image, grasp its appearance.

This path was abandoned, as we well know, by abstractionism, which manifested the ambition to make painting autonomous, giving it the dignity and status of a reality in itself, simply parallel to the natural one, manifestation of the visible alongside other manifestations of the visible, object among other objects. Having abandoned the millenary role of mirror of appearance, or of appearance of the apparent, painting nevertheless found itself at a crossroads, of which initially only the right or idealistic horn was taken, while the other, phenomenological or "materialistic", it was discovered and practiced by some artists of Burri's generation: I mean Burri himself, Pollock, and only later by others.

The first solution consisted in contrasting the idea and the role, of appearance, with the idea and the role of essence: painting captured and embodied an essence, be it mystical or rationalistic, or both together. Color, already a register of appearance, became the register of pure mental or psychic interiority, as did the lines, the shapes. The second solution, that of Burri, evaluated painting as a pure phenomenon, therefore appearance and substance together, color, matter and forms: organic and material shapes and colors like any material and therefore interchangeable with materials, in practical and mental use. Hence the never ceased survival of color, even in the sense of pure pictorial pigment, in Burri's work hence the parallelism, precisely in the most sensational years of the "molds", "tars" or "bags", of these new pictorial materials with a series of tempera entrusted to pure pigment, hence the powerful revival of the pigment, especially in recent etchings and serigraphs. A color, therefore, which stands for nothing else by itself, the only form of authentic "abstractionism", if you like, since in traditional abstractionism the color, although no longer enslaved to appearance, always "referred", as in transparency, to other indefinite worlds or overworlds. It is no coincidence that traditional abstractionism often favored light, vibrant, shaded drafts, perhaps watercolor; Burri's color, on the other hand, as well as ceasing all dialogue with appearance, has abdicated all transparency, and has incorporated the sensation of weight to testify to its status as "matter". This "weight" - this density - this mass also govern the forms of aggregation of color, which are organic forms, we said, and organic also in the sense of a similarity with the forms of life, but without indulging in the amoeboid biomorphism of abstractionism dada-surrealist (Arp, Mirò); organicity consists rather

in the obedience of the forms, of the impulses of aggregation, of the flow channels, of the interruptions according to strong caesuras and joints, in their obedience to a law or logic, precisely, of weight, density, mass (energy): a massing, then, a thickening of shapes or colors, a reciprocal gravitation, a cementing.

"Not walled up but alive", Vasari said of the Farnesina, walled alive, or alive as a wall we will say of Burri's colors, magmatically cloisonné without cloisonné, set like happy pebbles in a red, black, green, cut and pressed lime as from a precision trowel on sheets that are not sheets but blocks, concretions.