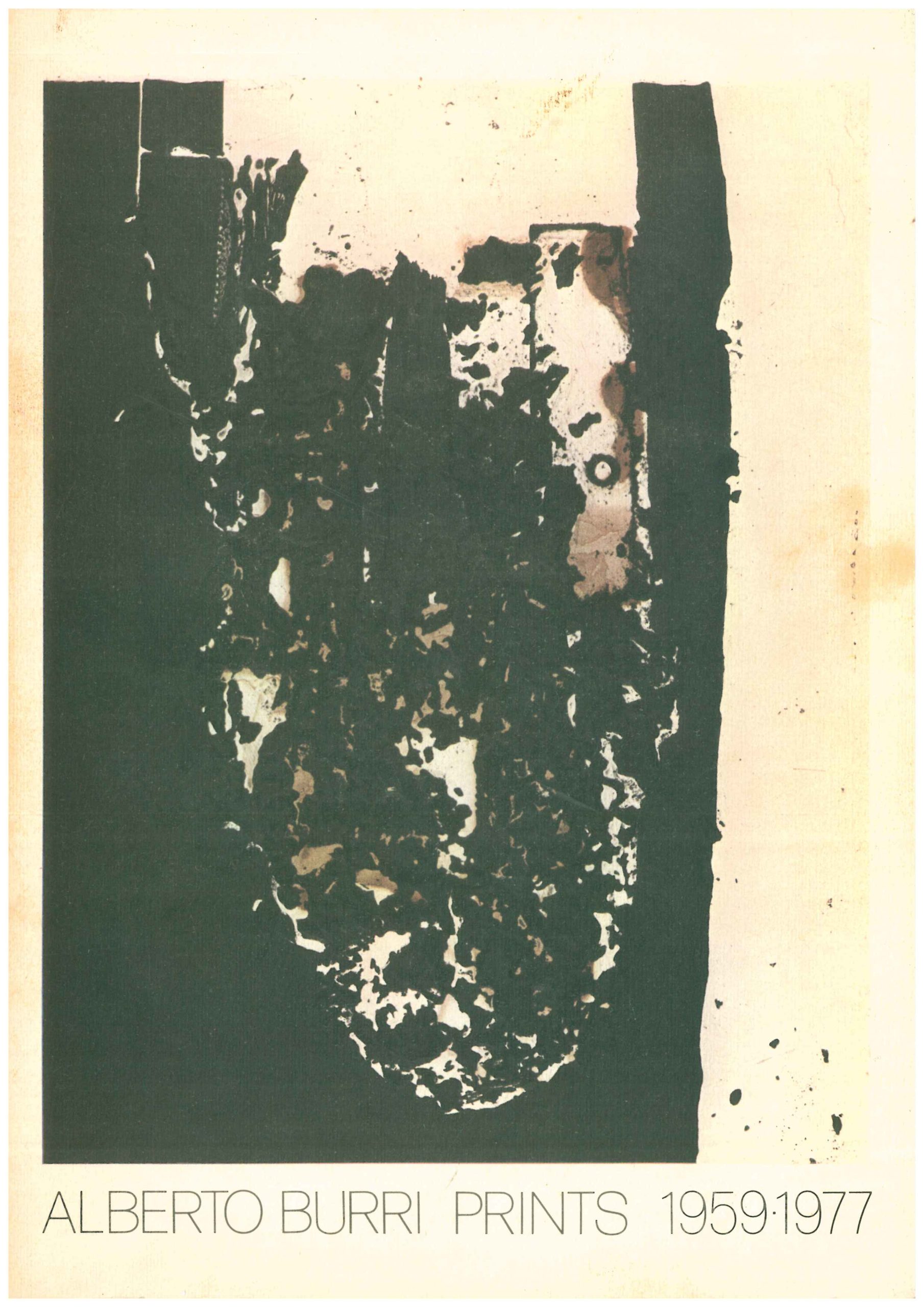 IThe American world of art, at the beginning of the 50s, was characterized by the presence of a small but ebullient group of artists mainly interested in the evolution of American abstract art and who fully expressed the sense of liberation and renewed vitality of the period after the Second World War.

The art of the 50s actually showed few traces of that war, few, at least, until the appearance on the American scene of an Italian-surgeon, a painter who began to create amazing collages: shreds of sackcloth, torn in the center to reveal red patches resembling gashes of wounds, held together with a curious variety of threads and seams. These works shocked the viewer who saw himself projected into the past in a recovered awareness of the war years, passed over in silence by other artists, yet they attracted a devoted audience for their exceptional and highly original graphic quality.

It was a great pleasure for me to have presented one of Burri's first exhibitions in an American museum, the Oakland Museum, in 1955.

Since then Burri's art has developed in a variety of different directions and ways; certainly this exhibition testifies to his constant evolution and the continuous freshness and vitality of his imaginative capacity.

We are happy to now have the opportunity to present Burri's graphic work to the attention of those in the United States who have known him previously and those who perhaps meet him for the first time.