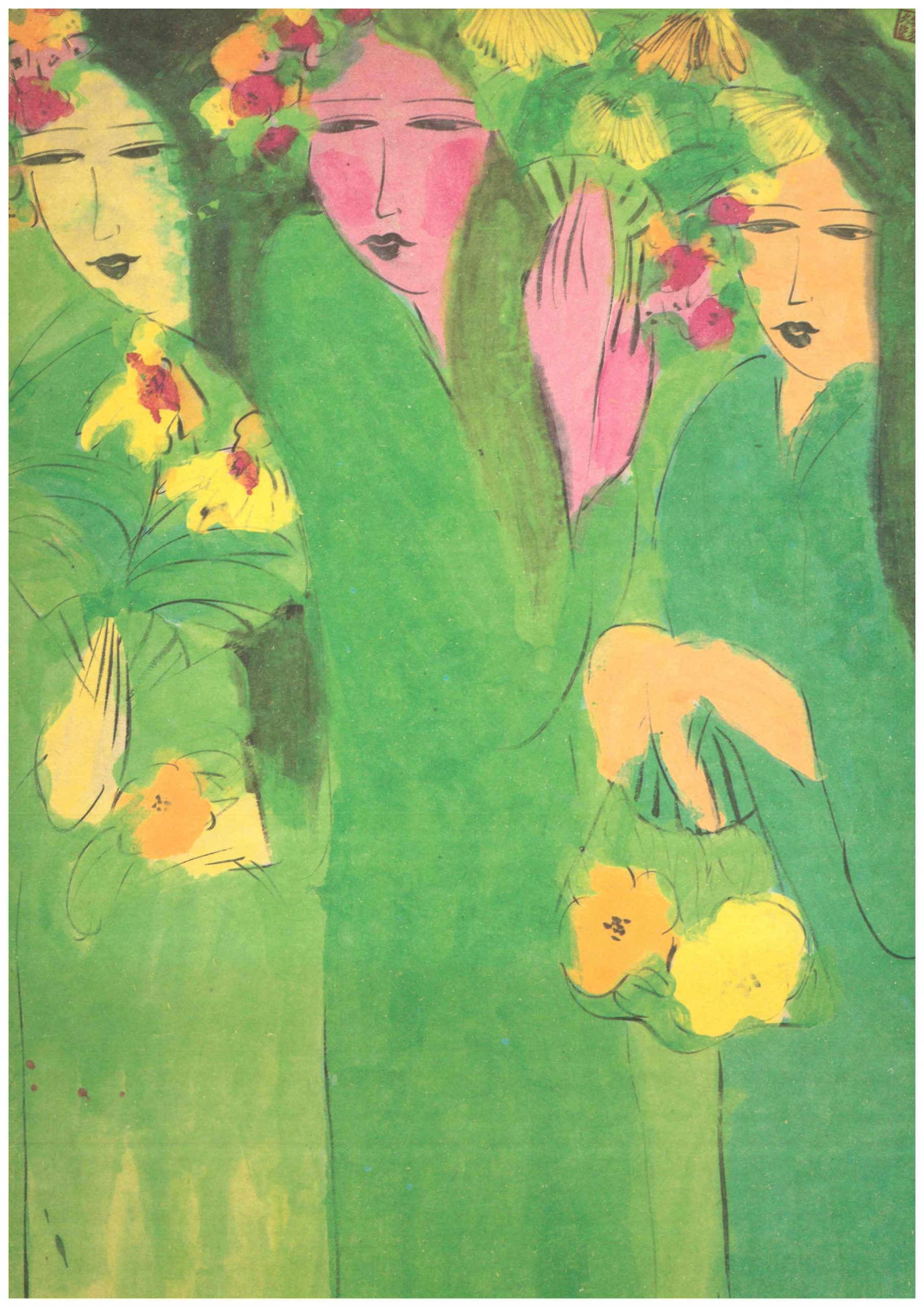 Ltempting to decipher the forest of symbols and metaphors that surrounds whoever walks through the exhibition of the painter Walasse Ting, is immediately overwhelmed by the festival of colors, by the (apparently modest) jubilation of the female forms, in a joyful decoration of birds, indeed of parrots .

The parrots talk, and one wonders what they whisper, in the air in which they are suspended, like fragile herms, the evoked women, imagined by Ting. It is a thick representation of the courtship, of the talkative siege of these taciturn, enigmatic ladies, who who knows from which city or forbidden gardens they have come out, or are held prisoner, with love.

The birds of the remote Chinese dynasties were preferably blue; some perched on the highest branches of the cosmic tree, near paradise; birds attacking snakes, woman's own ideas (one could malign). Here the parrots are affable, they accompany the woman, a graceful deity who has placed her feet on the grass of the earth.

Symbology still appears (perhaps ornithomancy, the interpretation of flights and cries). But, here, it is more judicious to look at the experience, so suggestive and suggestive, of Walasse Ting, who returned, after six years, to exhibit in Milan. Ting is Chinese, but has lived and worked in New York for years after an intense stay in Paris.

His painting, on rice paper, comes to life at the East-West encounter, combining weight and lightness, glazes and chromatic fullness. A painting of natural grace, cultured filtrations, and clear memories; harmonization between the line (privileged in the East) and the volume (favored by the West), according to the scheme of Mark Tobey who, in China, had practiced with sumi ink and the brush.

Walasse Ting managed to bring the extremes together. From the large sheets of Chinese civilization, his women (from the slits of the eyes, they question), enter a Central European air, with large hats, a decoration with Art Nouveau reflections.

The lithe bodies mix the subtle colors with the parrots. Reds and greens dominate, on which the lunar pallor of the faces and hands stand out, or the faint redness, due to secret, sudden movements of the heart and mind.

Flowers and fruit surround the elegant gynoecium. In procession (subdued musical rhythms), the metamorphoses are interchangeable, between women and parrots. They just left the river bank; the spring rain has covered them with colors.

We hear (if you listen well) the ballad of the poet Li Po: «… Three thousand pairs of arched eyebrows - they offer laughter and songs -… That lasts as the mountains of the South - your life…».