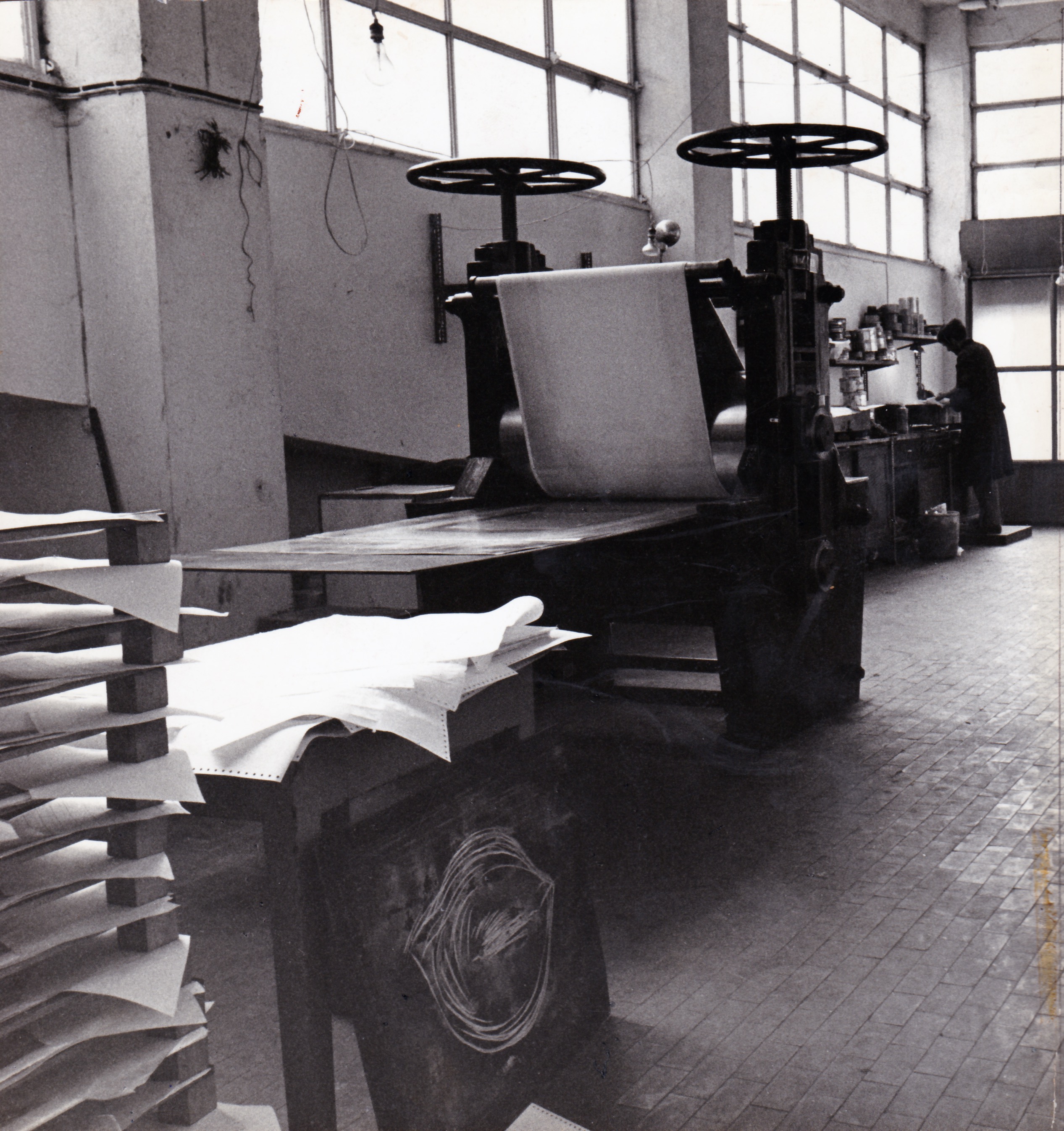 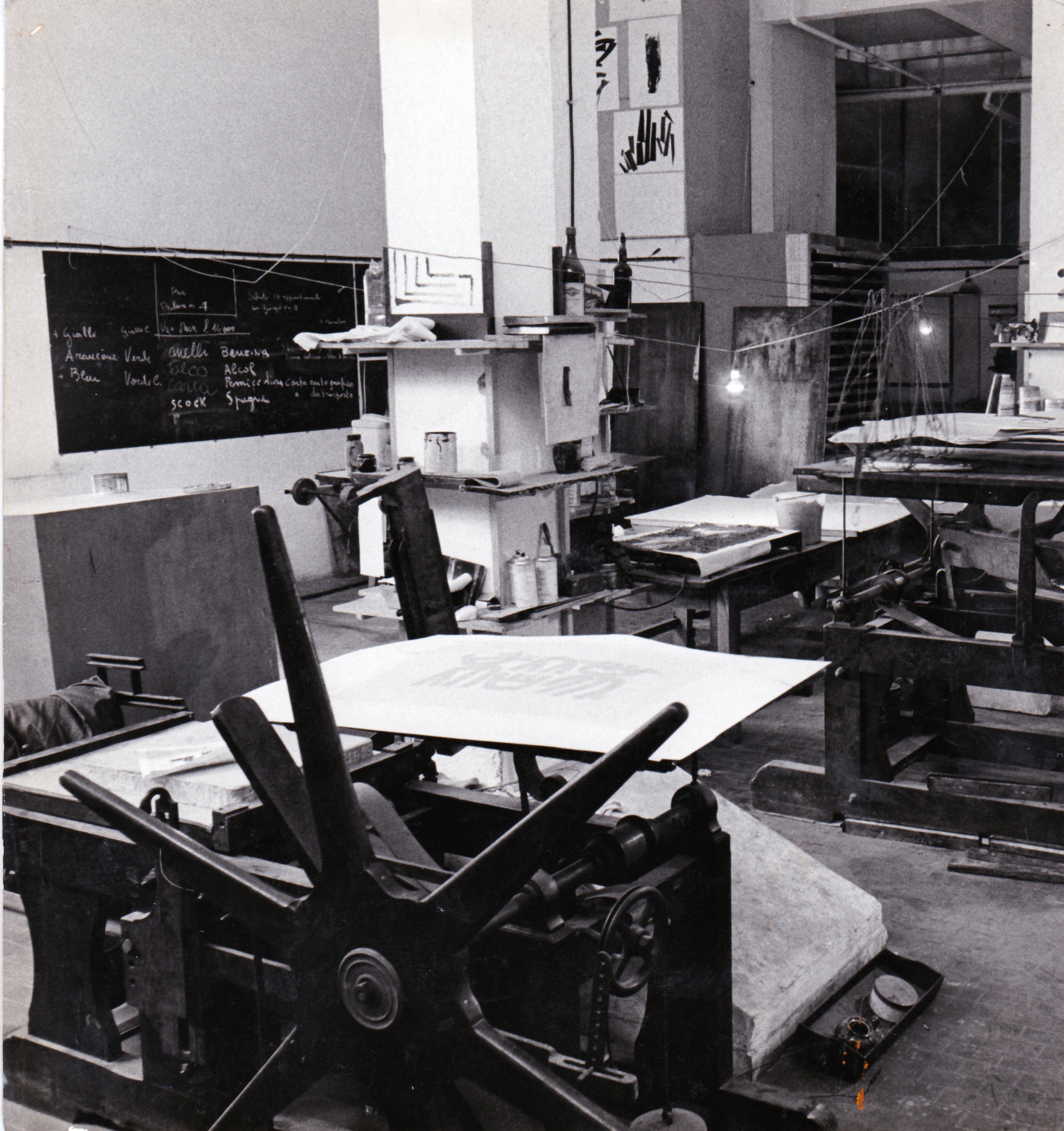 SWe had known from the first day that the Flaminio Ponzio headquarters on the Aventine were soon to change, as the conditions were lacking to be able to expand, even minimally, and because every day with the ideas that each artist proposed to us, an inexhaustible research had to be done.

The increasingly exciting technical results began to require more and more materials and machinery, taking into account that in such a short period we were already working with Fontana, Burri, Turcato

It was decided to temporarily move to a space sufficient to guarantee all the necessary autonomy as an intermediate step, to then find an emblematic seat for the artists who were already working with us and others we had intended to reach.

Here is the transfer to Via Madonna di Fatima !!

A large, spacious, well-lit room with a solid base in which large weights can be placed without any problem. The test was immediately made, by installing our real, first "ALESSANDRO" chalcographic press which allowed us to print Burri's combustion, finally, with a real serenity and satisfaction of the undersigned designer of our Alessandro.

Here we dedicated all our commitment to having more and more contacts with new artists, but more than anything else, to consolidate the technical and human commitment and no less important than friendship, with the "great" with whom the relationships were never interrupted.

This was the occasion, giving heed to Franco Cioppi, to mount two lithographic presses, French of the late eighteenth century. We then bought lithographic stones from all over Italy, choosing the most suitable and rarest. We also mounted two screen printing setups with all the necessary equipment.

Very quickly we were able to approach all the basic printing techniques for experimentation and immediate production. It took a short time to understand that lithography on stone for many reasons already at that time had, I repeat, little to suggest and say for the future of original art printing.