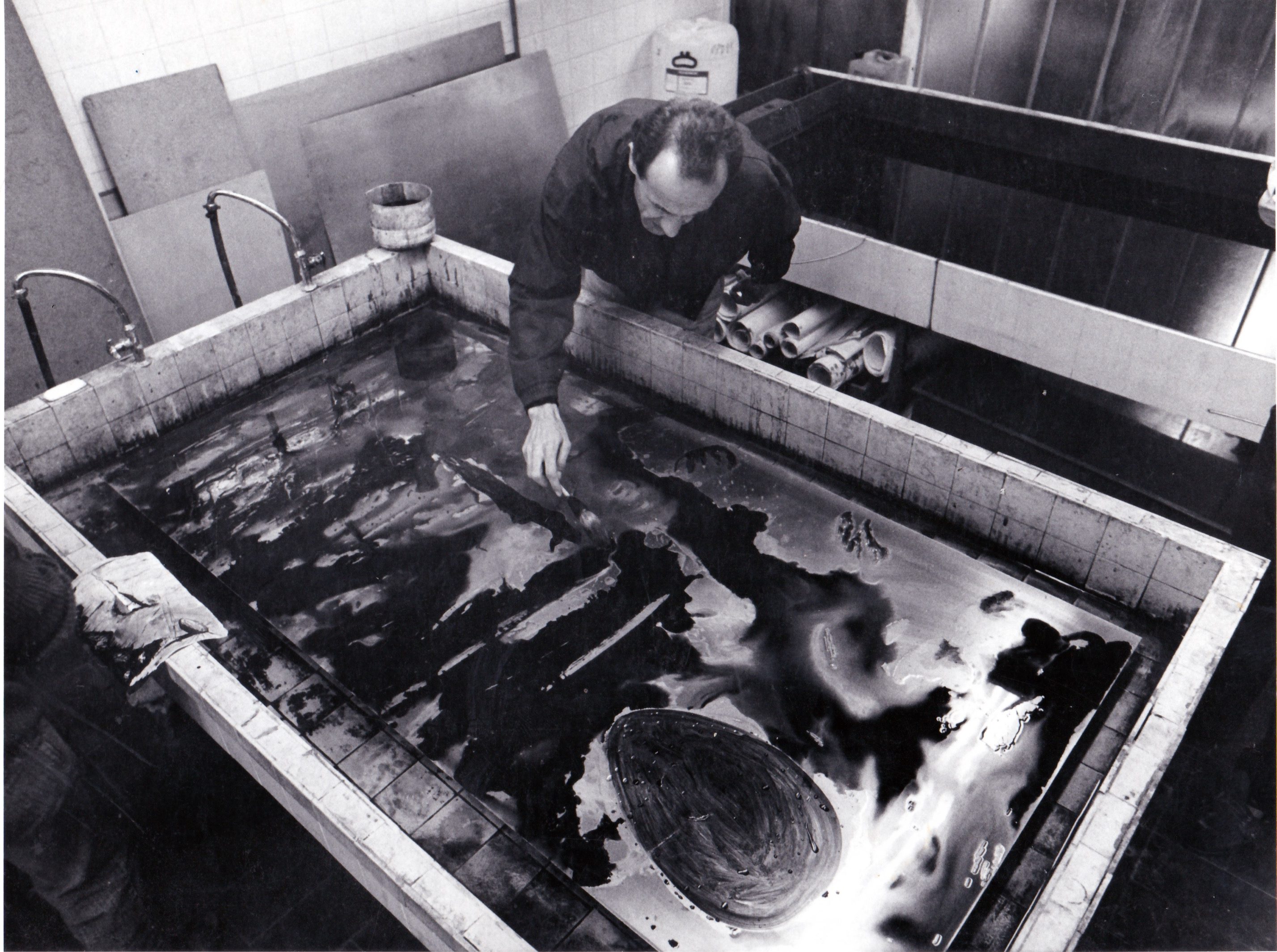 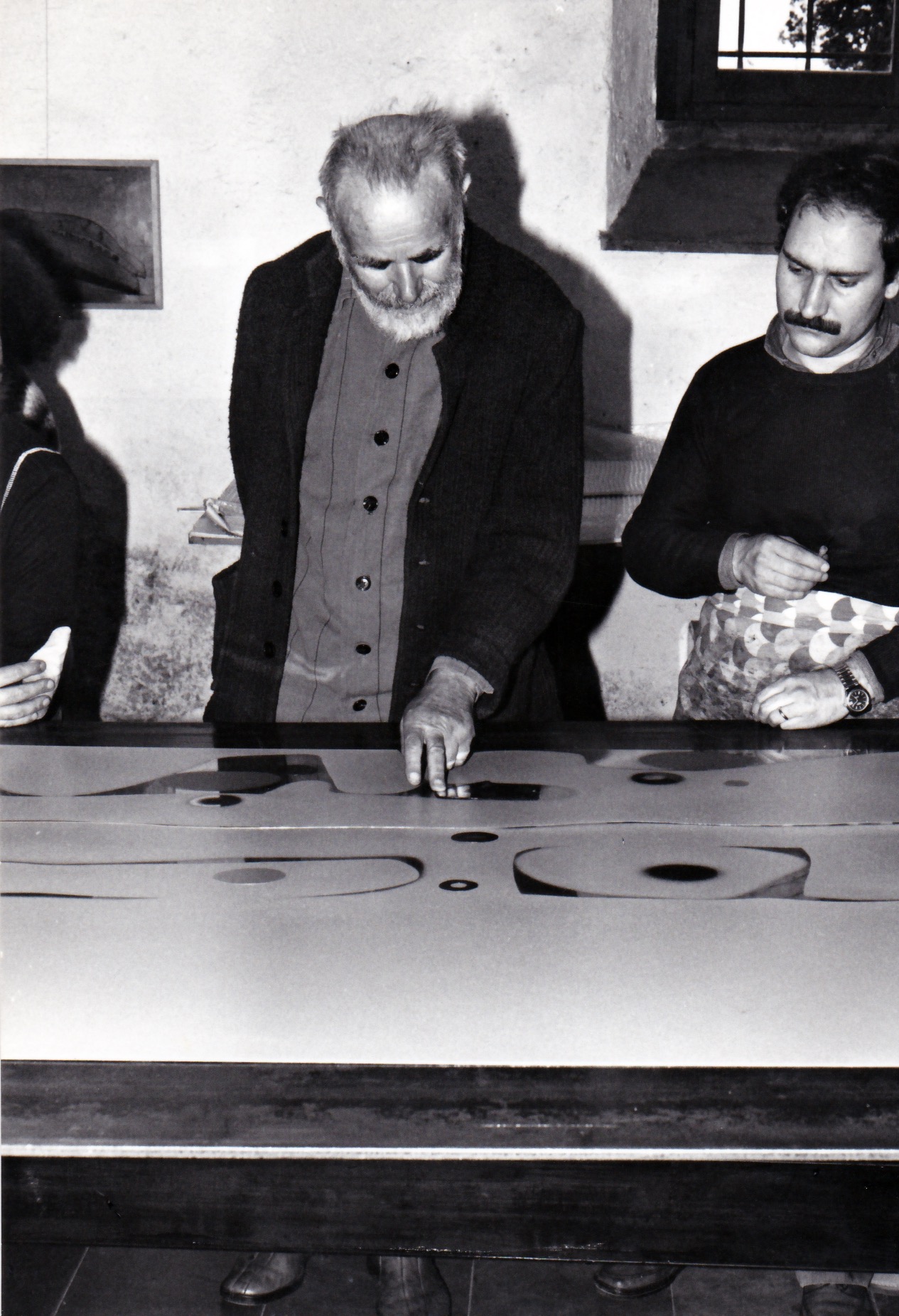 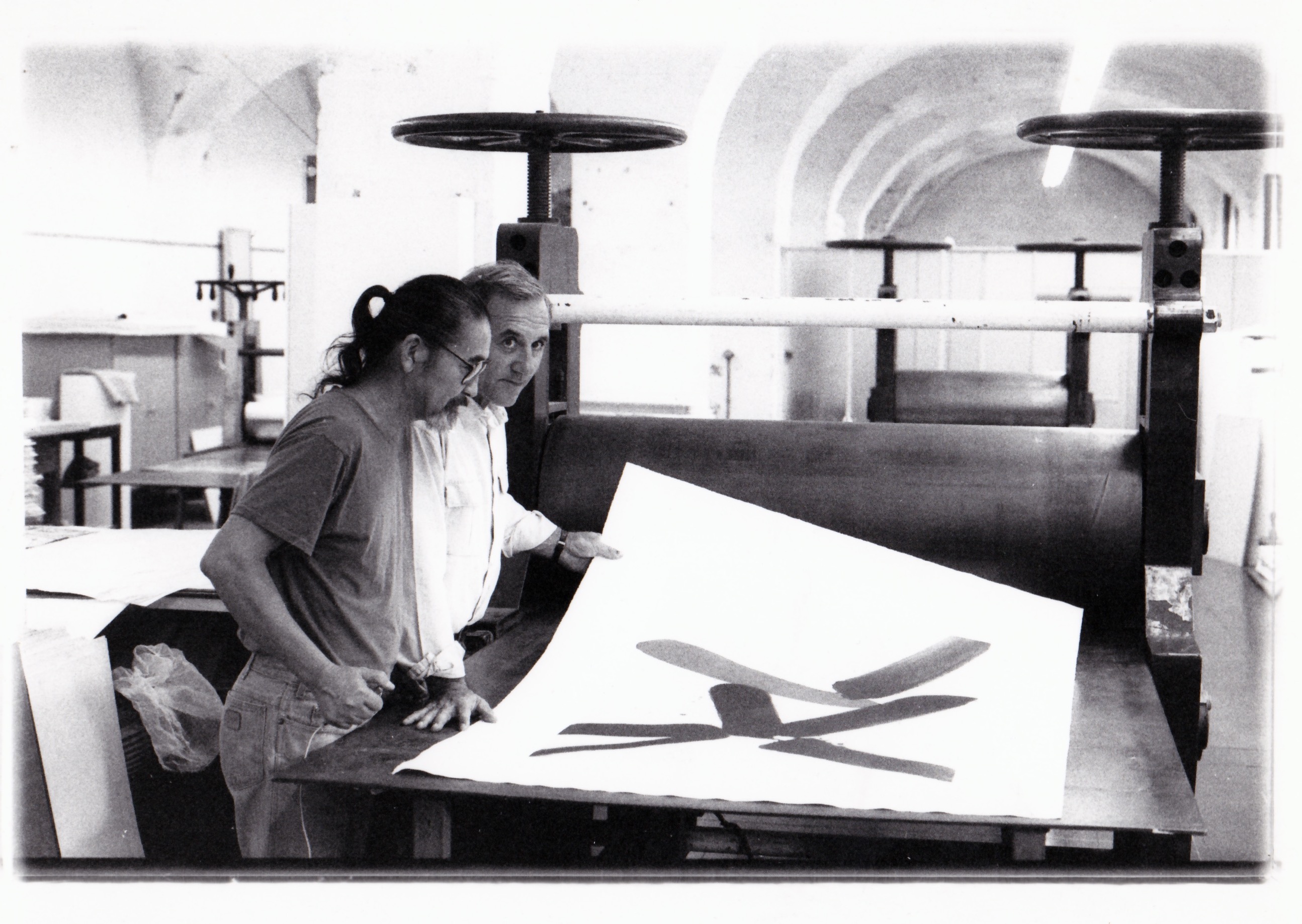 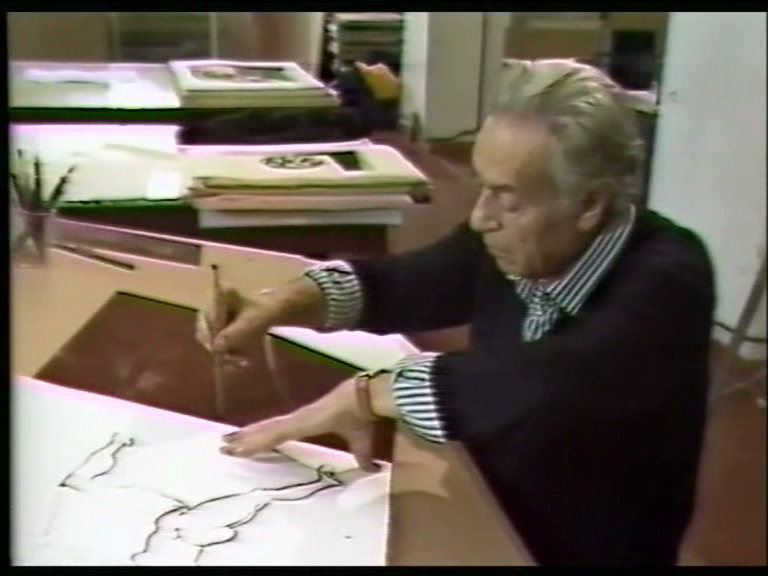 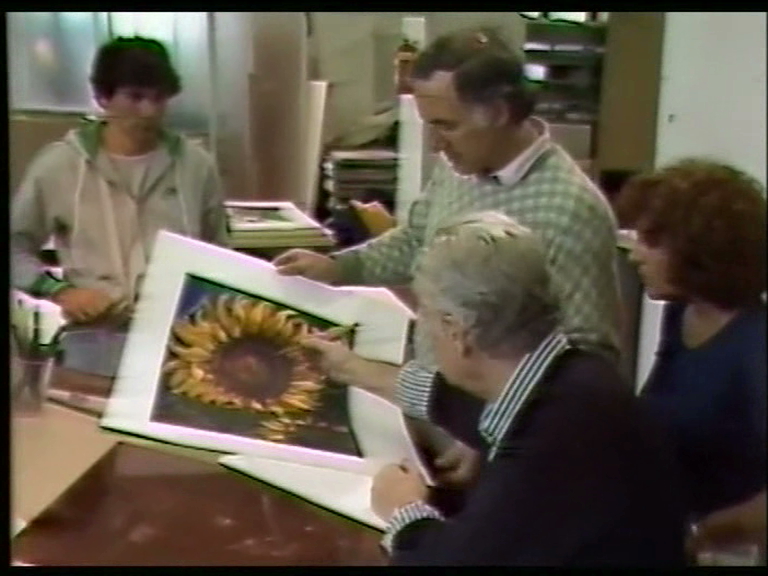 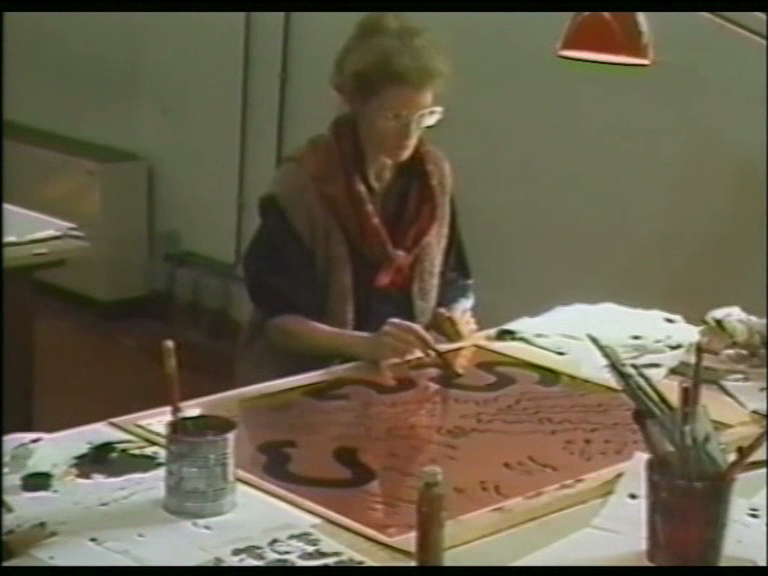 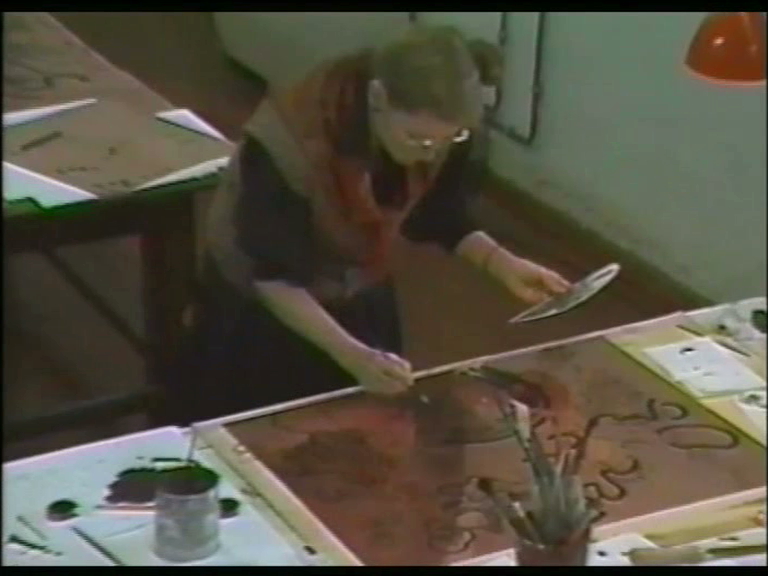 IThe transfer to the Baths of Caracalla was not a desired change but a necessity. The structural, conservative and complete restoration of the Ara Coeli building forced us to consider "even" abandoning the business. It seemed impossible to find another location with the characteristics we were used to.

It was a close friend, the architect Edoardo Monaco who, upon returning from a visit to the studio of Capogrossi, thought of passing by the Baths of Caracalla to show us an abandoned farmhouse. An acquaintance of his had rented it for some time, without being able to obtain permits for the renovations.

We discovered what became our wonderful place of work, but above all of life. A farmhouse inserted in the park of the Baths of Caracalla, born at the beginning of the 400th century, ready only to fall at any moment, totally abandoned for about a decade.

And here are the problems !!!

Just imagine having a two-storey building, sixty meters long with a width of twelve, which is opening in the middle, supported by a series of buttresses placed at the beginning of the 800th century to strengthen and hold the building together. They could not foresee that traffic and neglect would subsequently undermine it to the point of making it truly dangerous and unusable. The whole lived in a garden of about one hectare, completely abandoned.

We bordered to the south with the EuroGarden nursery, to the north with the garden of the Friars Minor Conventual, to the west with an incredibly abandoned forest and with such abundant vegetation that it was even able to partially tear down the boundary wall from which it separated us. To the east we overlooked the Baths of Caracalla, an archaeological area used as an open-air theater during the summer.

At the first check at the competent offices, I realized the difficulties in overcoming the clear refusal by the managers of the Municipality of Rome to deal with the subject, known to them, and at the time defined as impractical.

It all seemed so absurd that I thought of turning to Giulio Carlo Argan, Mayor of Rome, our dear friend.

The great critic had seen us born, he knew our work perfectly, as, already in '74, he had been able to admire the great exhibition of the "Donation" of Stamperia 2RC at the Galleria d'Arte Moderna in Rome, which Palma Bucarelli then director had wanted to exhibit in an exemplary way.

Argan, who with his "critical gaze" had managed, for years, to read and describe in a punctual and penetrating way the fundamental aspects of our business, when he was made aware of the project, clearly refused because the position of Mayor prevented him, for his honesty and consistency, to be able to help me.

So he did and there was a silence of two months. All my efforts in other ways proved useless, to the point that we thought of moving to Venice, where I was offered to start a new printing house.

We were still in love with Rome! This city could not leave our heart ...

One morning Argan called me and told me that, for health reasons, he had resigned as Mayor, and from that moment on he proposed that we take care of our project.

A few days passed and the great Critic presented himself at the Ara Coeli Printing House with the building commission of the Municipality of Rome in full. They were thus able to see what an art printing house in full operation was and make decisions that could unblock a veto which, in order not to risk speculation, had paralyzed any possible evolution and project for years.

On the same day we all moved to the Baths of Caracalla.

In that place, with the assistance of Edoardo Monaco, we presented the renovation project, demonstrating that this dilapidated building could become an exemplary location, without disturbing the quality of the farmhouse.

It was easy: it was enough to respect its simplicity.

The concession and the change of destination did not take long to arrive: from granary-cellar to Stamperia d'Arte.

Even after many years, I still thank my friend Giulio Carlo Argan for the decisive help that gave the Stamperia a way to survive, for the solidarity he showed us and for the hours we spent in his company.

My children remember him for his sympathy and for the great ability he had to communicate, in a completely simple way, even when they were still children, notions and emotions that have remained in their memory.

Living the construction site with respect

The first thing to do was to restore the perimeter walls, for the most part soaked with water and rotten. At the same time, it was necessary to secure the entire structure with a series of steel tie rods that caged the floors, lightening the perimeter walls to bring the various balances back to normal.

In the meantime, the roof was completely rebuilt, repairing, and in some cases replacing, the bent and worn trusses. On the roof we applied a formidable insulation, for the time, which made everything airtight and soundproofed from the outside world, giving the sensation of entering a generous and protective climate.

Architect Edoardo Monaco with his partner Alessandro Martini and his entire staff were a priceless professional contribution for us.

Eleonora had designed the entire garden on a 1/100 scale, coming to define, in all the details, the various movements of plants and new plants, allowing to advance parallel to the restoration of the farmhouse, taking advantage of the summer, autumn and the winter.

In spring we were ready for the big step: settling in the new house-printing house with an exploding garden. We inaugurated the “Vigna Antoniniana Stamperia d'Arte” with the Henry Moore exhibition!

All that greenery around changed our life, it made us appreciate Rome in a new way because the seasons and the climate continuously varied our daily life.

We realized that our experience of the sea helped us a lot to make impromptu decisions that, in that area, were a real necessity: it meant being present 24 hours a day.

Tropical plants flew the oceans and settled in the Roman environment as if they had always been there. Protected in winter by a suitable greenhouse that sheltered them from the rare Roman frosts… we were able to eat tasty pineapples grown by Eleonora.

We knew we had a huge cellar, but we didn't imagine it was part of the Catacombs. It had many precarious and dangerous ramifications, to the point of curbing our curiosity. Inside, the temperature was consistently 14 degrees, summer and winter.

It was the last curious attraction with which we dismissed visits that prolonged beyond measure.

Besides the artists who came to our guest house for long periods, there was no day when there were no visits, even without warning. This meant that our table at breakfast and dinner could vary unpredictably. Eleonora, in that house, was well organized, and proved to be an incomparable hostess.

When we sat down at the table everyone could appreciate the care and quality of his food. For a good part of the year the vegetable garden and the orchard provided our cuisine, contributing, with genuine flavors, to amaze ourselves and our guests.

It wasn't easy to manage that little programmable whirlwind. It had become a point of reference of which we felt only the positive effects. Those visits made that island, which had been abandoned for too long, active and full of interest.

The magnificent venue created a very strong cohesion with the New York studio, Menton, Pietrasanta and the various others with the artists, becoming the vital hub of all of us.

There were no limits… just the time to make them.