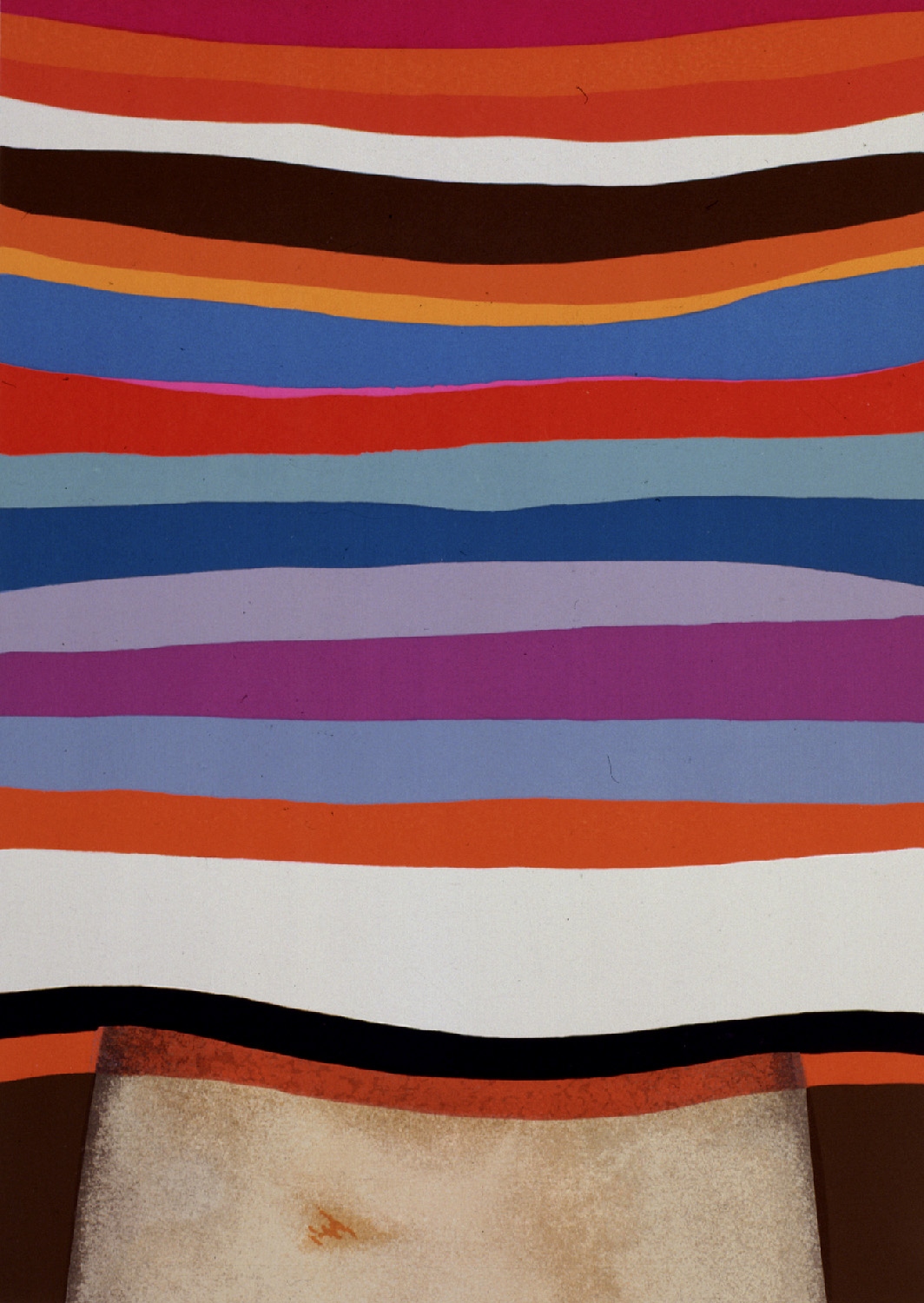 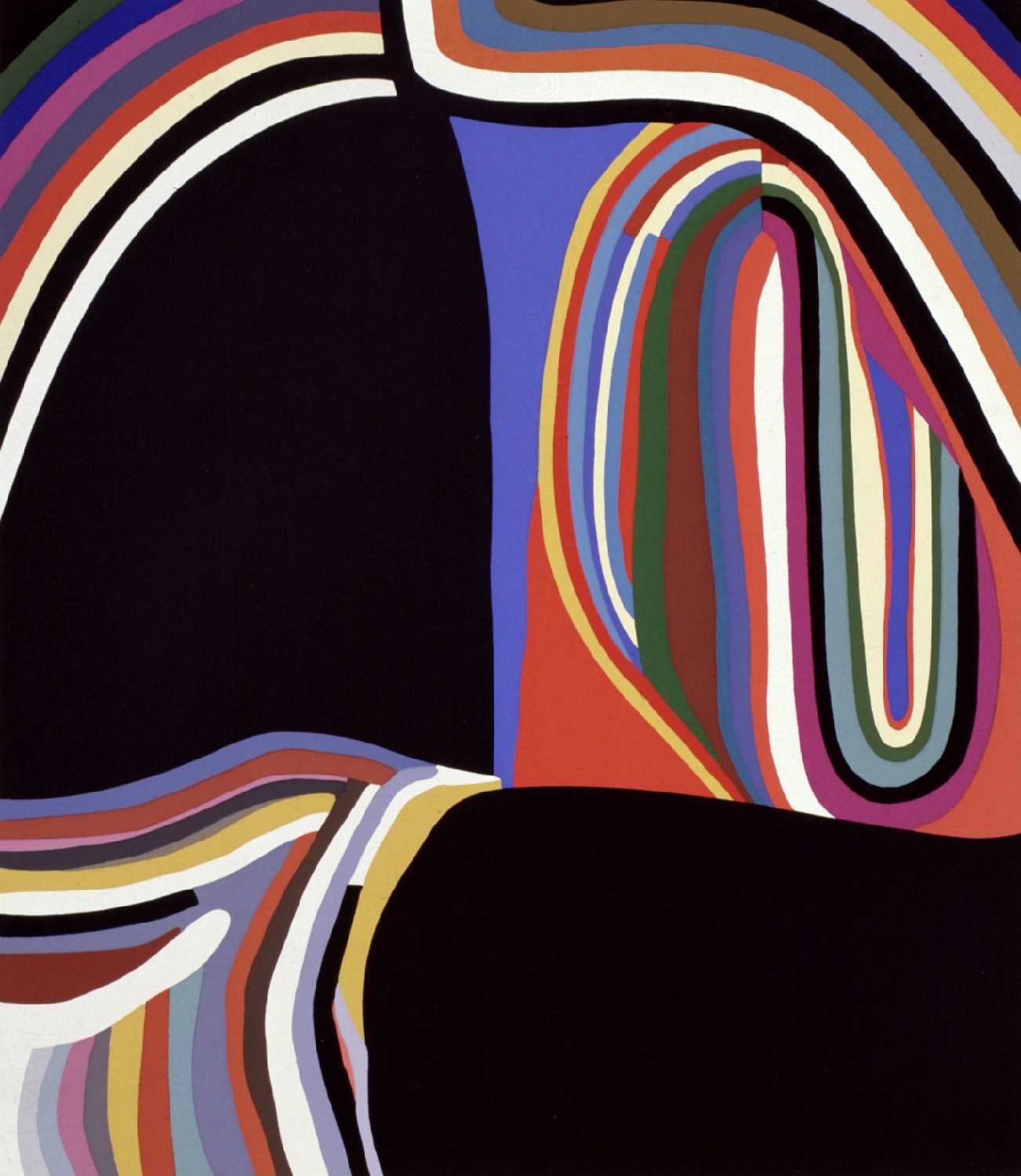 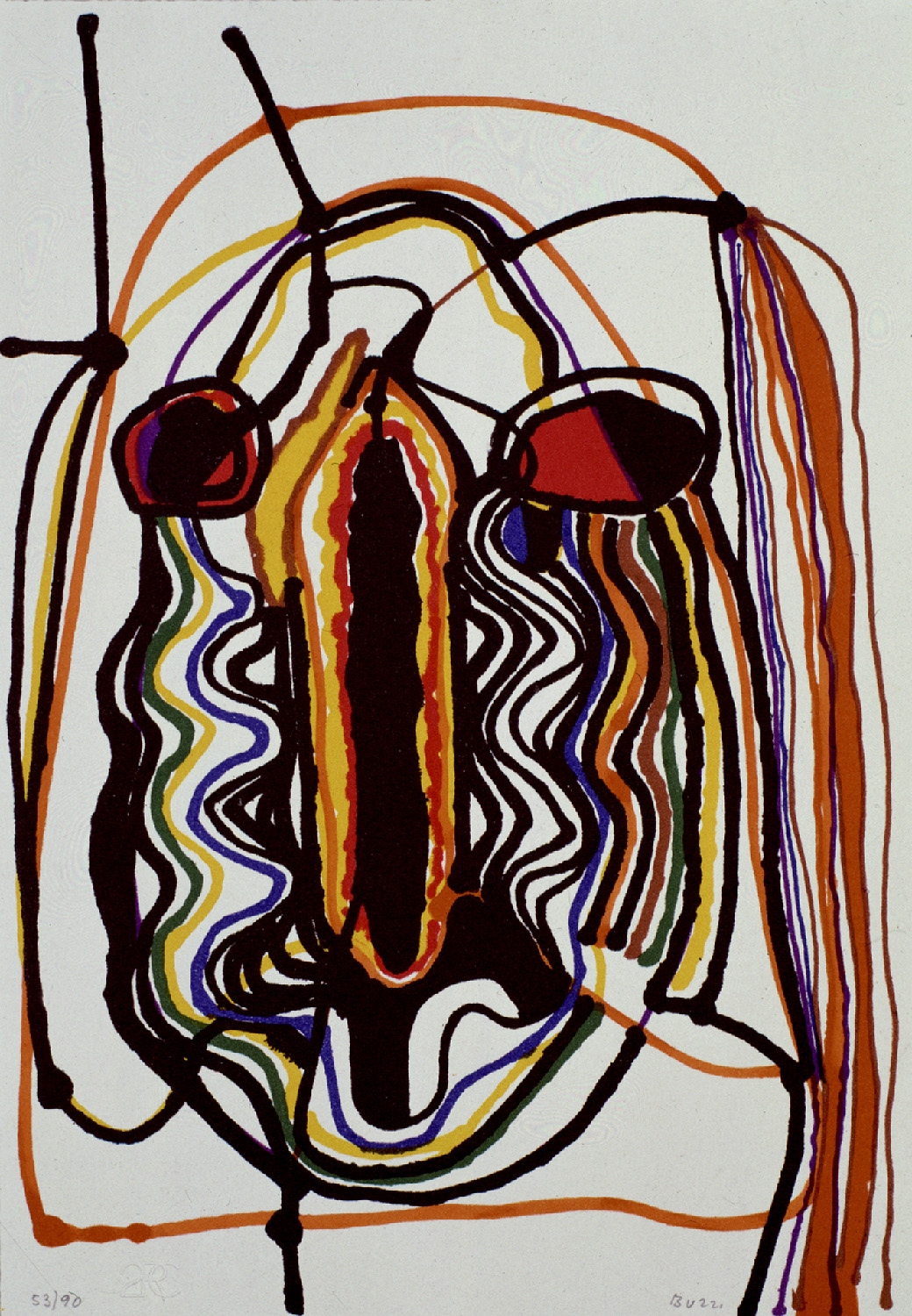 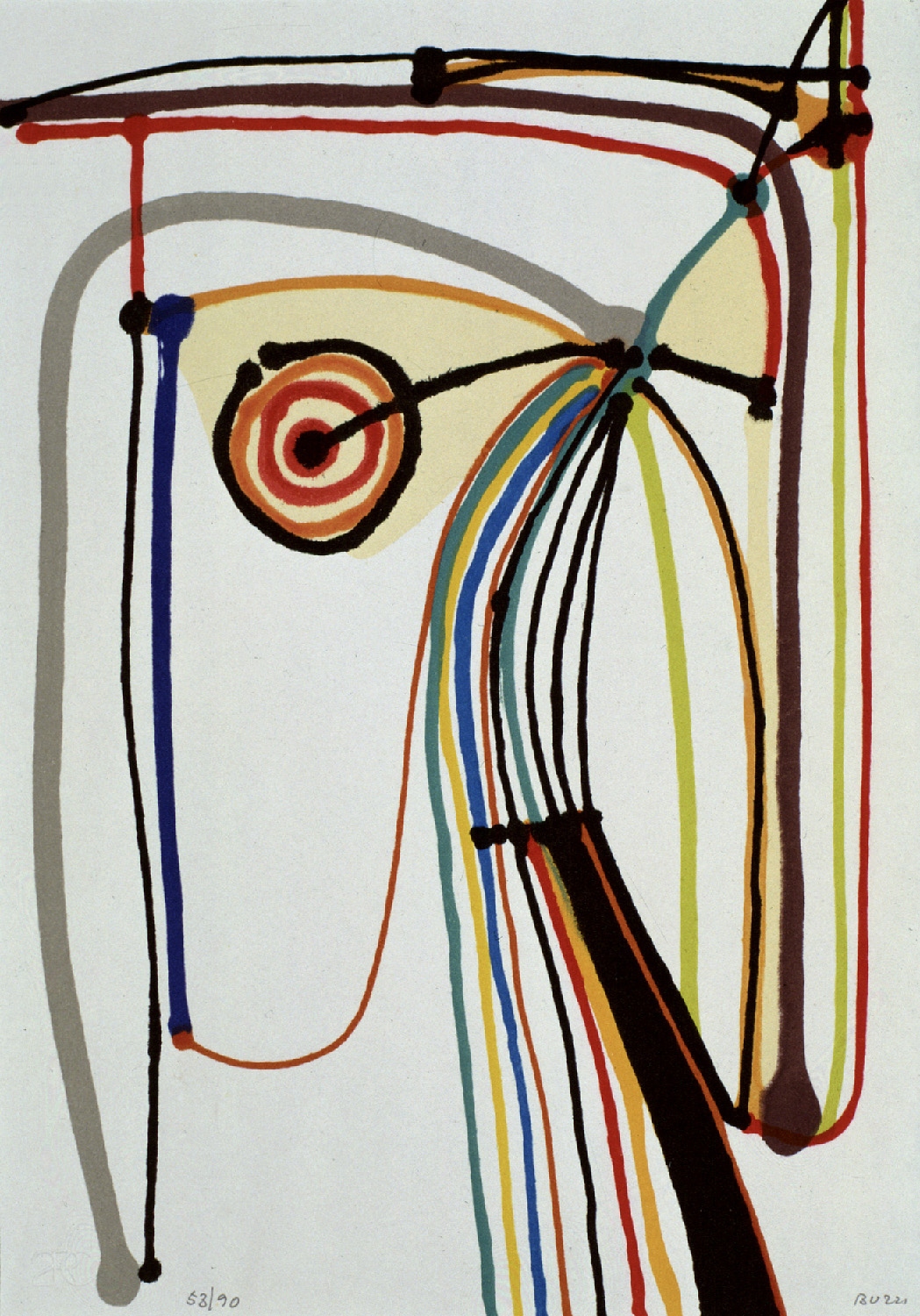 Burri's graphic activity appears, at first, as a parallel to that which takes place in the paintings: to want to express himself musically, like a canon, because the graphics take up the first, with a dialogue that proposes the same theme with a barely different But put in this way, the problem leaves us unsatisfied: we are underdeveloped that it is true only up to a certain point. And first of all the layout counts. This, in any case of engraving, is a way of spatializing that does not belong to painting: which also uses the frame or even a passe-par-tout to connect its spatiality to that of the wall and the environment, not it is one with the frame, even if it is originally fixed: there are very few cases of ancient painting in which the frame is "called" to collaborate, integrated with the figuration. Conversely, for the engraving, it was soon realized that the white margin was much more integral to the image than the frame to the painting: a marginalized print therefore decreases, even commercially, in value. But because it is "amputated" in its engraving spatiality, not in what it eventually represents, which can remain intact.

A similar contrast can be seen when comparing etching with drawing. In the drawing the outline is extemporary, always present and its greatest merit is to surprise us with its internal gestation of the image. On the contrary, the outline of the etching is in the past and nothing shows this better than the various stages of the etching itself. While the preparatory drawing goes towards an image which is forming on the horizon, one does not know if it will be produced or in the end how it will be produced. Each stage of an etching announces only itself. The successive image re-absorbs and re-elaborates the previous one.

If the etching can do without that background spacing, then we are talking simply of a reproduction, of a painting which though admirable in technique offers nothing extra and is, if anything, a feable copy. Burri's works as a painter and his graphic work run side by side. In those rare and precious books of poetry by Emilio Villa (going back to XNUMX) Burri traced with his pen (besides small inserts some of which were in gold leaf) irreversible and unalterable lines as if he had done them with a burin: one could already see the difference in the form of these graphics compared with painting and drawing because the drawing itself was a prelude to the etching. With a painter like Capogrossi, graphics and painting are all one, because painting is thought of in graphic terms, and even if the painting has no border, the observer imagines one in the horizontal and transverse marks, the sudden cut that interrupts rather like the edges of a plate. Capogrossi's paintings give themselves space, they demand a surrounding white space. In Morandi, the figurative idiom elaborated in the graphics - "the colour of position" - can pass into his painting and confirm it in a single meaning of tone, but Morandi's graphic work is never a copy of his painting and not simply for the reason that he is using a different technique.

Let us look then at Burri's etchings in black and white. It is certainly not due to chance that the greater part of Burri's graphic activity took place from XNUMX onwards at the same time as his latest period of painting, when large black stains like Polyphemus' eye stand out against a white background or are surrounded by a veil of fog, a plastic membrane. These vague peremptory forms, non-gestural but fixed and unmistakable, can be compared to words that grammars now define as meaningless. But these words were not empty of meaning in a far off past. They had a precise importance in a remote stage of our language, even if now their role is simply to articulate speech. These empty words in Burri's concept of art seem as if they had been thought of with regard to print making rather than painting. Like houses and hillocks that rise out of the flood, they are centred in the print's white area which is the field where tensions, originated by the image, are balanced. The austere· image projected on the graphic plane is subtly internalised within a veil of plastic, the white background and the wide margin of the paper. The special effect in these prints is rendered by this sudden placement in depth, but like a closed book. The etching shows the spatial outcome, the undoubted figurative enrichment when compared with painting.

Compared with its pictorial matrix in the Cretto etching, the background spacing, although minimal and the frayed margins of the paper - while neutralising the depth of the cracks - place it in a planned graphic dimension. Even the play of light comes through in a modified form. The etched paper functions as a reflector, the light comes out as if it were projected by a glass dome. The ambiguity of painting "on mirrors" lies in this placing of the light behind the painting: it remains an if painted on an opaque surface. It imbues the etched paper with light and is seemingly transparent when reduced to its outlines. From whence comes the great brightness of Burri's etchings on a white background, not only in the "Plastiche" and the white "Cretti" but also in the "Combustioni" and the small silkscreen prints. These will come as a surprise to those who can only visualise Burri in his black and white works with their occasional use of a surly red or a smear of yellow as in the "Combustioni". It seems in fact impossible that Valter Rossi the printer, by using graphic techniques and overlapping plates, has succeeded faithfully in reproducing this "burnt residue", preserving all that is volatile and unstable in these "Combustioni". The narrow border which surrounds the black Cretto is also black. Therefore the light which should be produced by the white edge disappears. It is substituted by a dense shadow which spreads across the cracked surface and rises over it like a deep tide to rest in the fissures. But it is clear that the tide the etching receives is the same, but the negative, a shadow like a light that has been extinguished.

In Morandi figurative ways elaborated in graphics - the color of position - were able to pass into painting and validate it in a unique sense of tone; but Morandi's graphics are never a duplicate of painting, nor only for the diversity of technical mediums. See now Burri's series of black and white engravings.

It is certainly no coincidence that Burri's greatest graphic activity took place in this last period - of his painting, from 1964 onwards, in which large black patches, charred like the eye of Polyphemus, stand out on a white background. or they are as if intercepted by a fog scarf, a plastic membrane. These imprecise and peremptory forms, not pregnant at all, but fixed and unmistakable, like an arm or a hand, seem to be what grammarians call empty words, but they were not empty, they meant in a very distant time, in a remote stage of a language, and now they do not mean but serve to articulate the discourse. Well these empty words by Burri seem to be thought even more for engraving than for painting. In the engraving, like the houses or the hills that rise from the flood, they appear centered in this white region of theirs, which becomes the "field" within which the tensions originating from the image are balanced; which, rigorously projected onto the surface, subtly interleaves between a plastic veil, the white background, the wide margin of the paper sheet. Say this sudden spatialization in depth, but as in a closed book, the incision gives the spatial result visible, the undoubted figurative enrichment, compared to the painting. Even in the Cretti, in comparison with the pictorial Cretti that constitute its matrix, the spacing of the background, however minimal, the fraying of the edges of the paper on the one hand neutralizes the real depth of the Cretto, on the other they redraw it in its thoughtful and graphic two-dimensionality. Even the play of light is modified with respect to, so to speak, homologous paintings. The sheet of paper functions as an emitter: the light it sends back is as if it were projected in the manner of the bell of a lamp: reflection and spring. painting on mirrors lies precisely in this placing of the light behind the painting, which instead does not perceive it, and remains as if it were painted on an opaque surface. But the sheet of paper of the engraving imbues the engraving with its light, which can be seen as transparent. just reduced to a few side dishes. Hence the great brightness of Burri's engravings that pose on white, such as not only the Plastics and the white Cretti, but the Combustions and the small serigraphs, which will be a nice surprise for those who cannot imagine Burri except in black and white or with grim red and the yellowish smudges of combustion. And it seems really impossible that, with the means of graphics, with overlapping plates, Valter Rossi the printer has come to give us so fully the appearance of burners, what is volatile and unstable always remains in the combustion.

In this exhibition, compared with the last one in XNUMX, there are four silk screen prints of inexpressible technical difficulty, a difficulty which believe could only have been overcome by the ability and virtuosity of Valter and Eleonora Rossi. Three of these silkscreen prints form a triptych, but compared with the triptychs of the earlier Burri, the only common factor is the word itself. The colours, endless in the refined nature of their shades, succeed again in opposing one another in their diversity, not grouping themselves together from affinity. It is like looking at a collection of semi-precious stones, close together but unable to communicate with one another, a collection where each colour isolates itself from the next, almost with horror at the idea of joining it. They are no longer pure colours, but rather chosen in their most different and varied shades, remaining as pure colours in their own place like a brilliant "champleve". The result might even be called joyous, but I dare not use the word, because it is clear that in the very incommunicability of these colours .so near to one another there is still a warning, a trap: everything might reduce itself once more into ashes and return to the depths of the night.