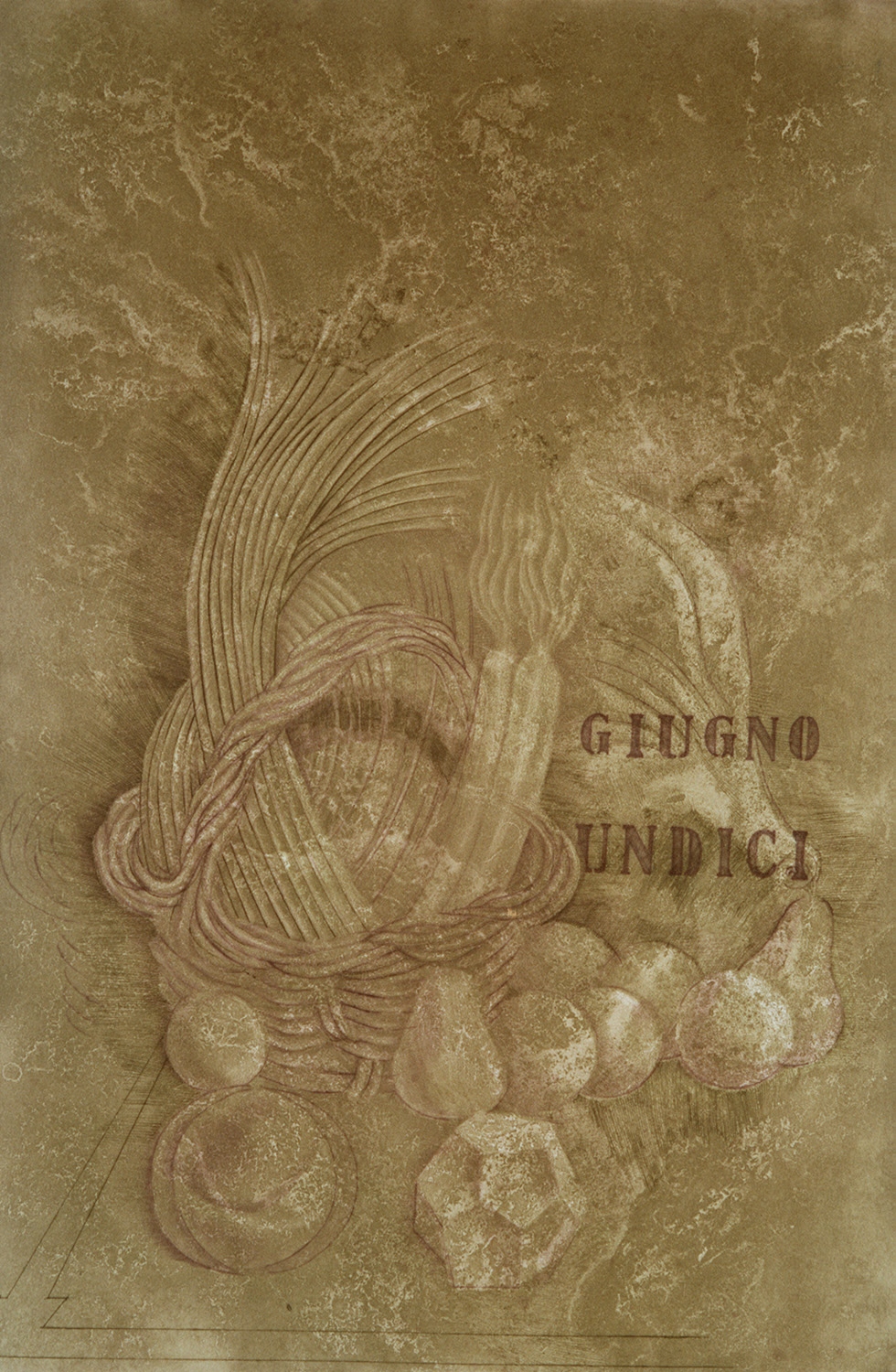 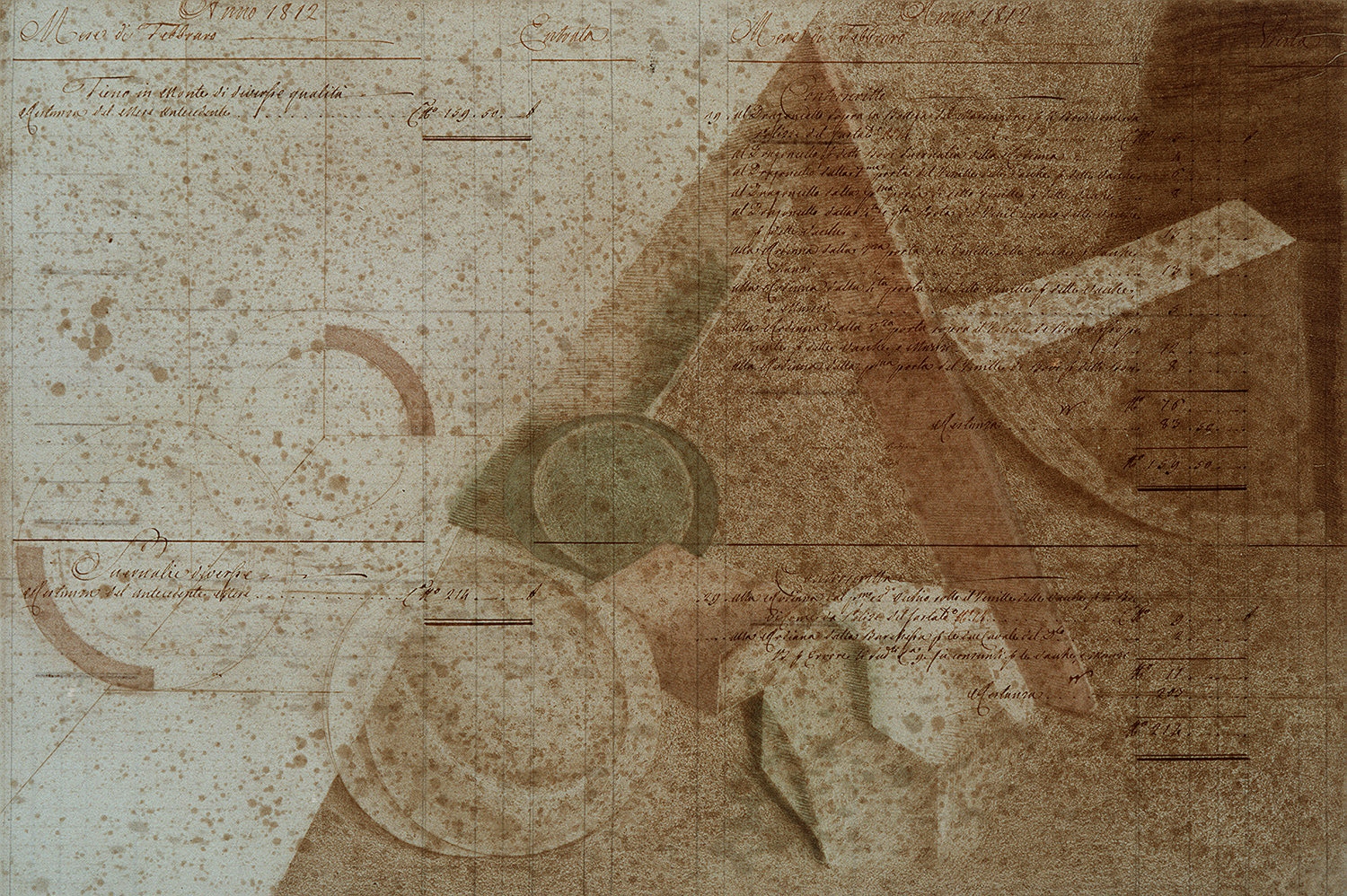 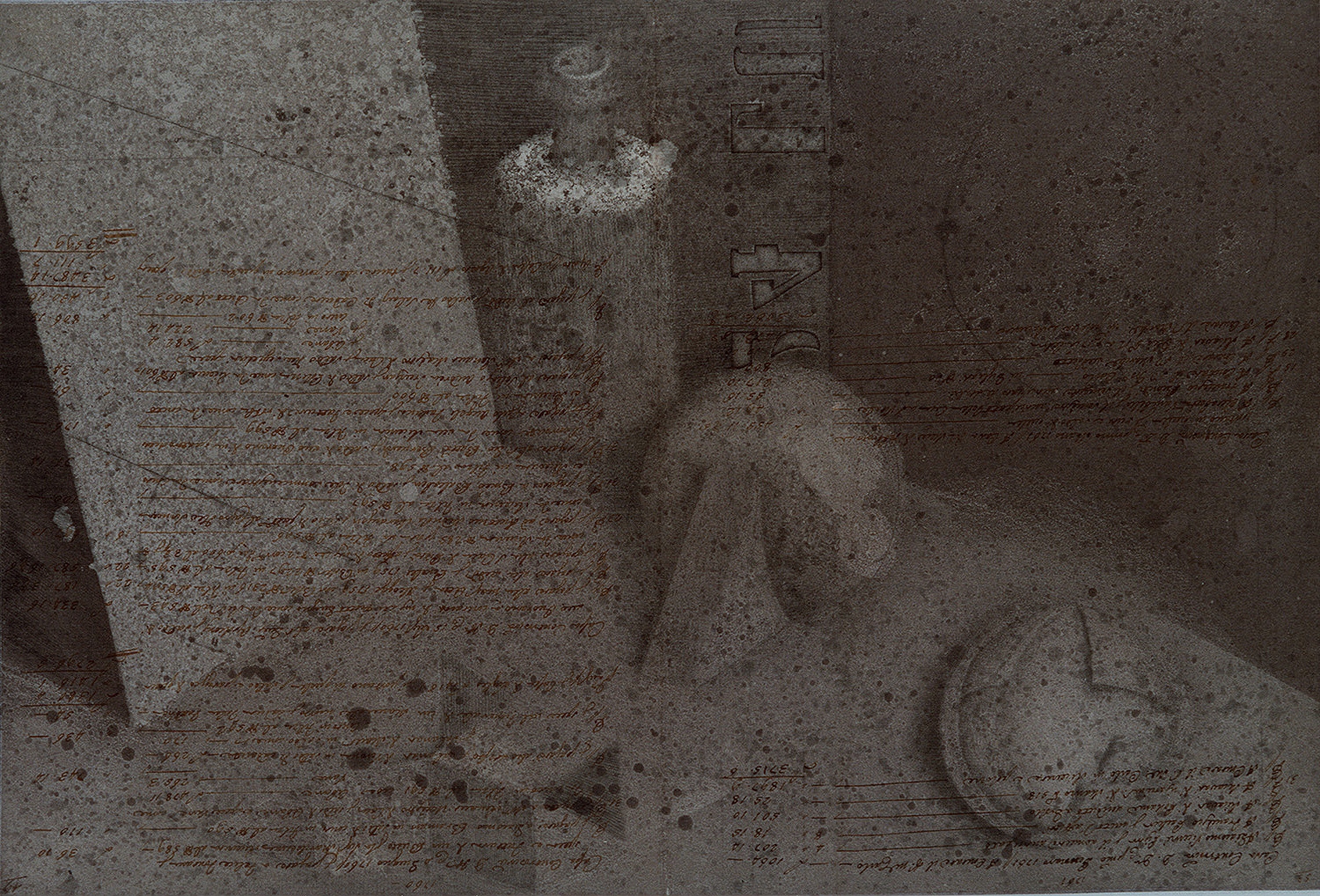 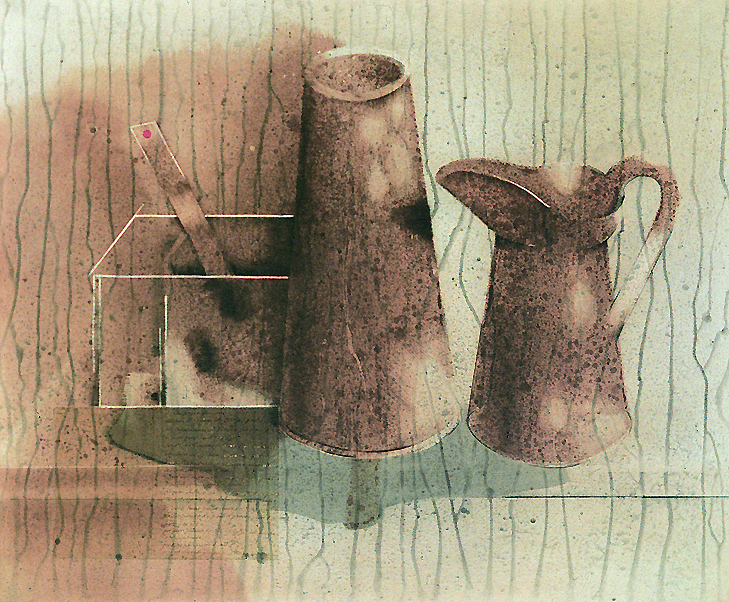 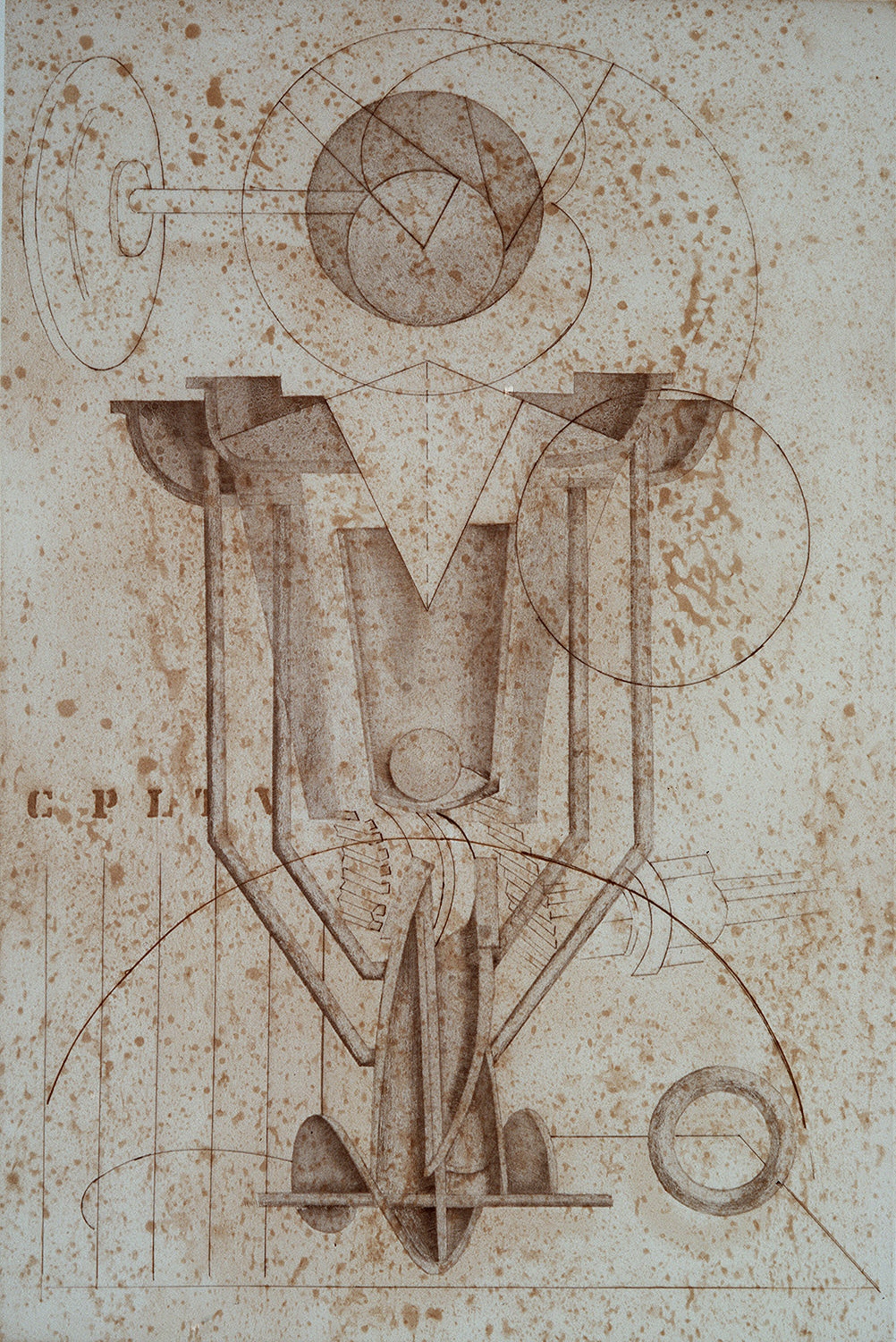 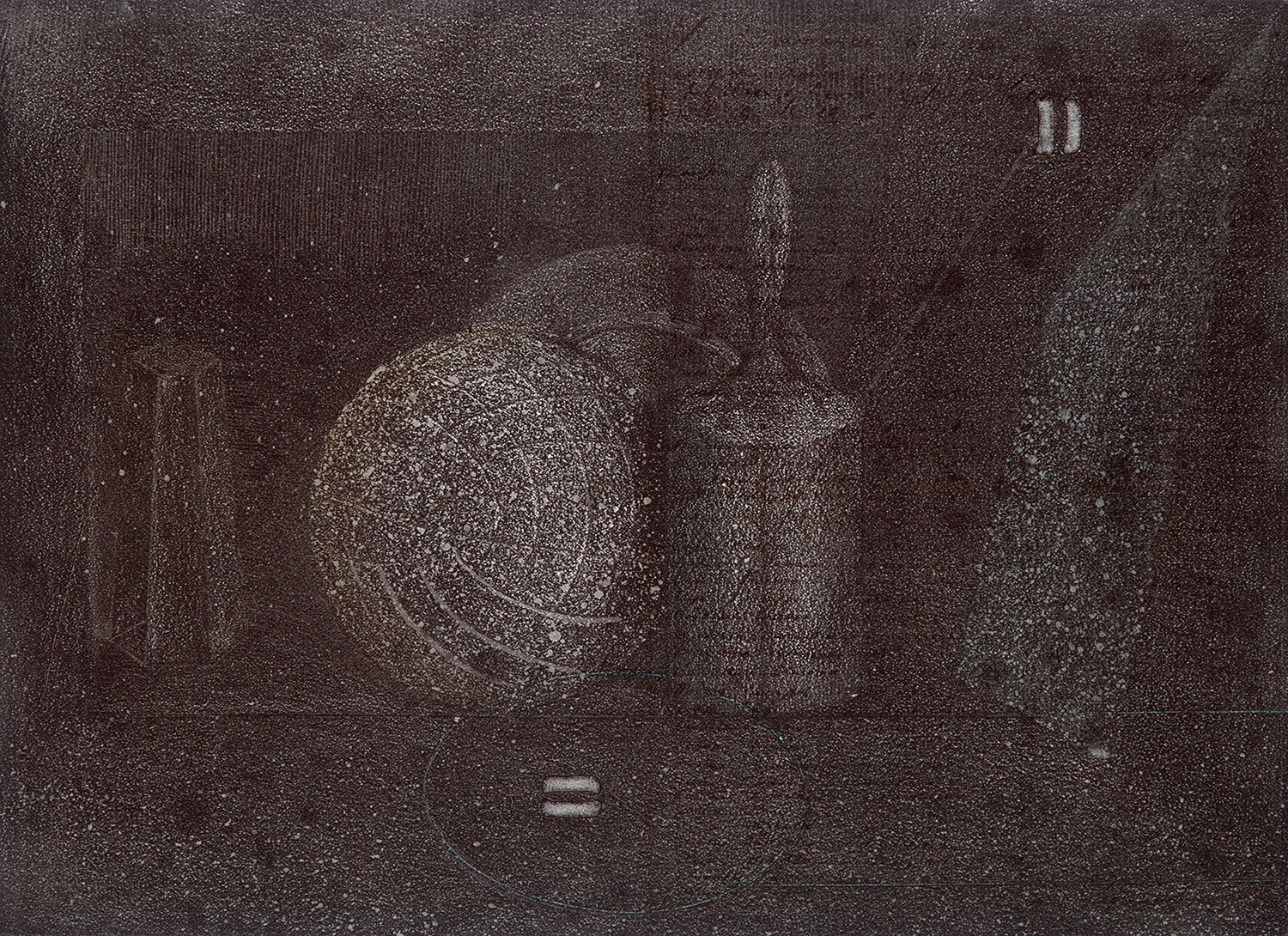 In this exhibition Carlo Guarenti presents XNUMX recent or very recent etchingsXNUMX and together with the illustrations for the volume “Pretesti” of XNUMX in which six poems by Cortazar were illustrated. Guarienti's long work in graphics will have to be studied, as his painting has also recently been rightly studied and evaluated, because a careful and in-depth study of his path will lead to at least two conclusions of great interest: first of all a continuous and very clear progress reaching - as in this exhibition - “a freedom that is difficult to understand at the beginning of his adventure as a painter”. We mention Mazzariol in the presentation to the catalog of the great exhibitions in Verona and the French Academy in Rome in XNUMX: “Freedom from the particular, from the symbol, from the anguish of the unexpected; expressive freedom entrusted to a mental light that modifies the phenomenal datum by penetrating it, clarifying it, revealing it to our visual knowledge ". The second conclusion, perhaps even more interesting, will be that, comparing the graphic work with the pictorial one, of the continuous, changing exchange of expressive and technical experience that exists between one work and another.

Working on graphics, Guarienti has gradually acquired new techniques and new knowledge, and has continually transfused them into contemporary or immediately subsequent pictorial work; equally working in progress on his painting, he has reached and experimented with inspirational and poetic force data which then moved on to contemporary or later graphics. It is not an isolated example in this sense. We talked about it a few days ago in his studio, on the beautiful terraces between Via Margutta and the Pincio and, out of his usual secrecy, Carlo said he was convinced, studying for example Rembrandt, that the funds of some of his paintings would remain inexplicable if he didn't know its graphics. Skipping centuries and nations, we were saying together, moreover, how much this process of mutual exchange between graphics and painting has also recently been present in the great art of Alberto Burri: on some occasions his graphic work anticipated certain seasons of painting.

With graphics! after all, Carlo Guarienti began his artistic work. The incomplete catalog of his graphics, published in '77 by the Naviglio editions in Milan, with a beautiful introduction by Giancarlo Vigorelli (a catalog, which should be greatly expanded and updated), opens with a work created in Florence precisely in ' 42. Guarienti was 19 years old; he was a medical student in Florence: at the academy he attended the course of the chair of artistic anatomy preparer, a course directly linked to the medical faculty in the anatomy course which was headed by the Director, Dr. Fazari. There, with the help of the small press and the zinc made available by the Academy of Fine Arts, here is the first graphic work, without a title, published in “some copies”. The catalog to which I refer reports, almost all in black and white, a week of reproduction of graphics, which often also arise from the illustration of books, such as this “Pretexts” that is present in this exhibition. Guarienti has worked graphically a little everywhere and, therefore, for more than 45 years: 47 to be exact. A continuous path of research, of in-depth analysis, of taking possession of a new technique is retraced. Unlike perhaps what happened in painting if, by painting the famous "San Girolamo" in '46, Guarienti gave the idea, at the age of 23, that he already possessed every possible illustrative technique, almost a great heritage set aside, to spend it later with continuous investigations, insights, conquest of space and freedom. Anyone who examines Guarienti's graphics, and this one too now on display, notices some very original collections of his works: certain writing slips of the eighteenth and nineteenth centuries are placed as funds, papers found at home or purchased from notary offices that closed their doors, and that by becoming funds, they give a new space and a new harmonization to the work. With its own coloristic and expressive value and lending itself to that position of enigmaticity and irony that is mostly present in Guarienti's work. Trying to open a critical discourse on Guarienti's not only graphic work - wrote Vigorelli in '77 - we will end up proceeding as in a labyrinth, from enigma to enigma ”. Putting well on guard that "each of his works is always double meaning". Since '75 Guarienti has worked mostly graphically with Valter Rossi's 2RC, and certainly finds there equipment and the possibility of high quality technical collaborations.

I followed the processing of the "Still life with jug" (82 cm x 100), a beautiful work and I saw some first printing tests: well, through the redistribution of colors, through the redefinition of backgrounds and objects, we went on and on towards an airiness and an almost perfect harmony. Speaking of the exchange between graphics and painting, I also saw at Carlo's home the painting with the overturned objects, created for “A still life with pitcher”, which preceded the graphic work. In addition, at the studio, I saw a new version of the same subject, which is very different, but always very persuasive, born after the graphic realization. Here are the elements that complement each other, that merge and that open new paths to both graphics and painting. Remaining in the Italian panorama of the figurative life of these last decades, I believe that Guarienti, better than others and together with the other better ones, can look and understand, feeling deeply contemporary, for that revolution, precisely of the new possibility of seeing that, in times different but related to each other, have played Morandi with his painting and his graphics, and Burri with his painting, also him, and with his graphics. Not that Guarienti depends on them, not that he resembles him, but he is certainly an artist who felt that after the revolution of these two great masters, it was necessary to approach with another step the representation of reality, the representation of the state of mind, the invention of the new poem.