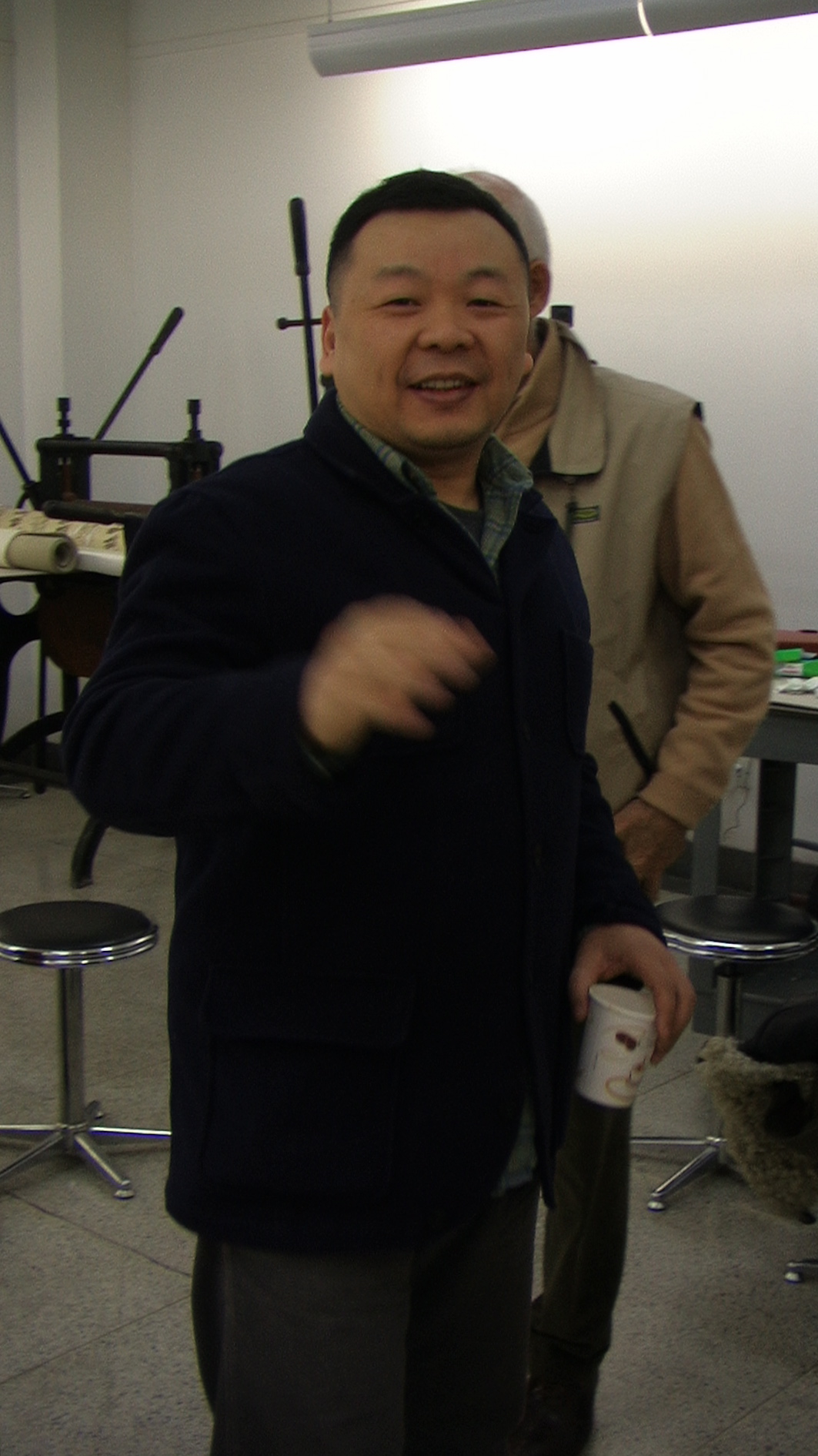 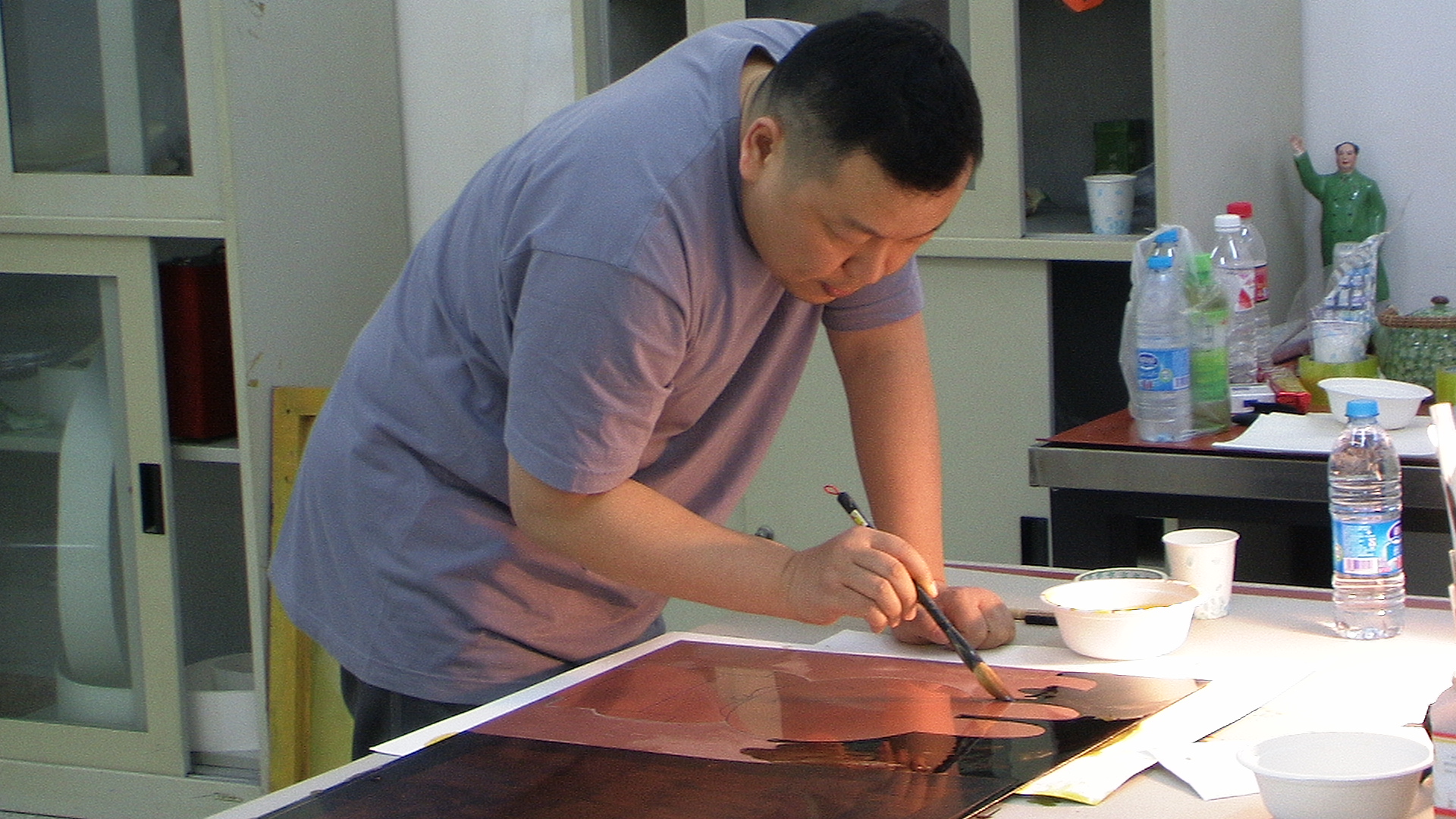 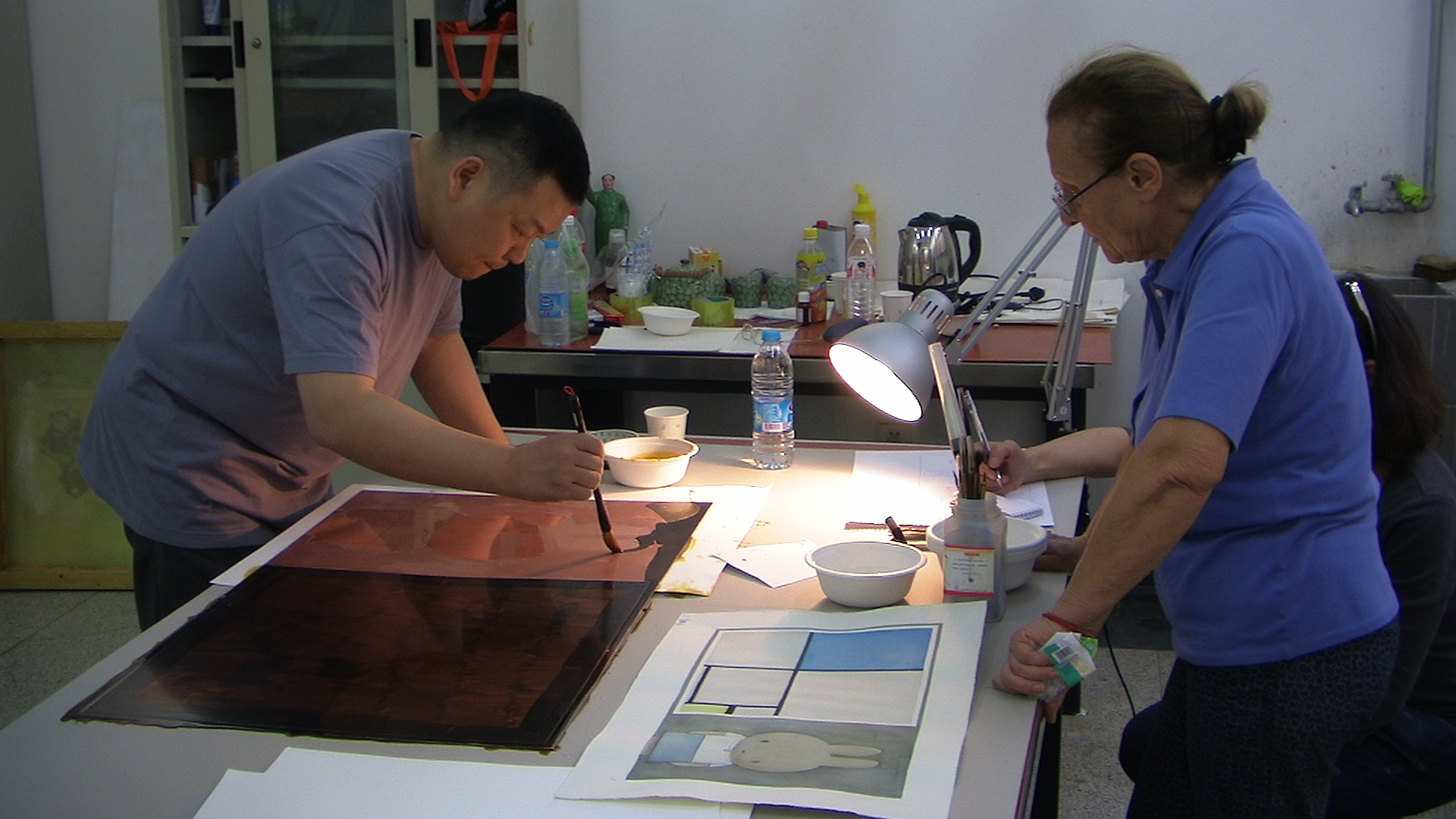 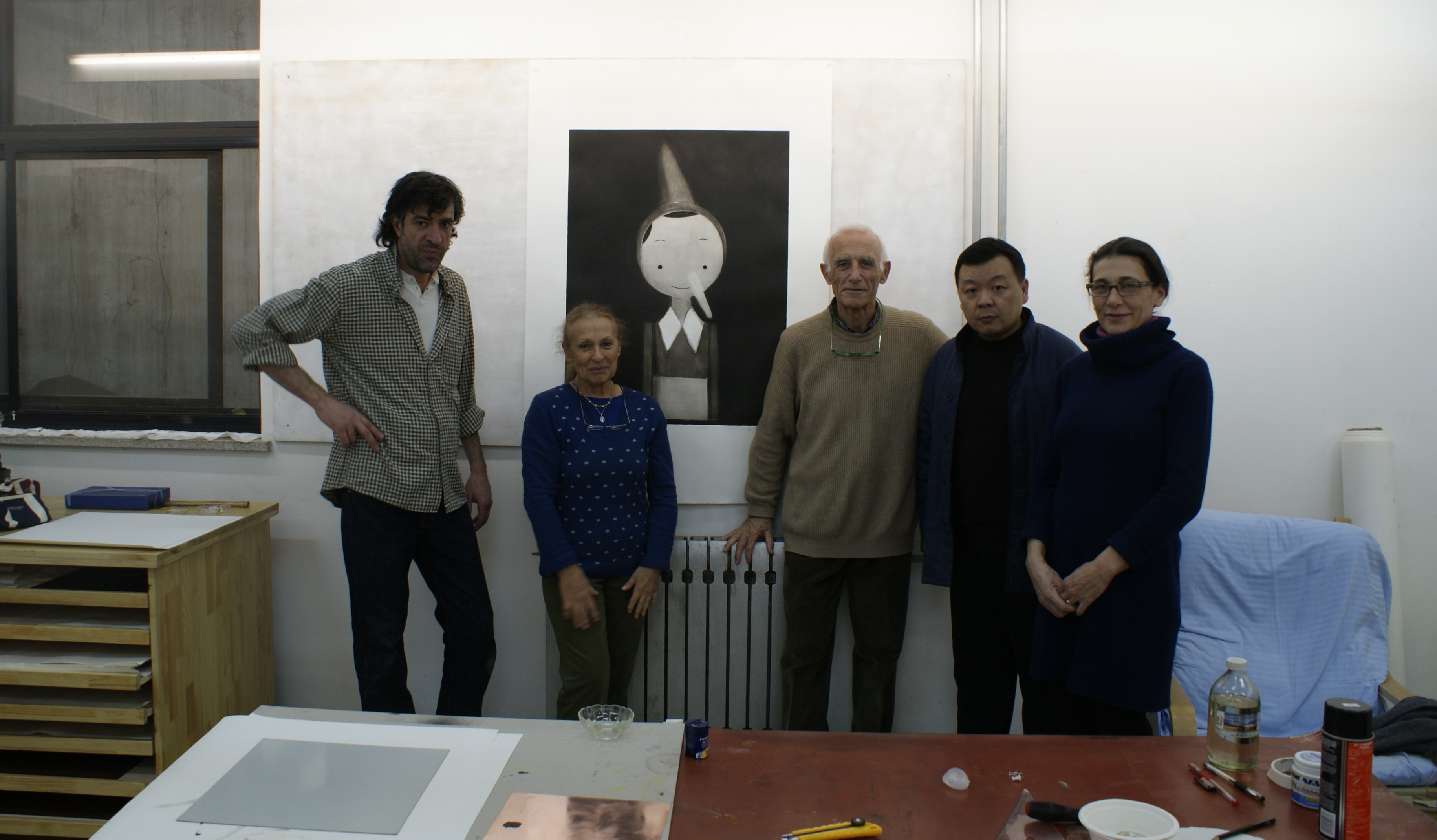 The Rossi and Liu Ye family 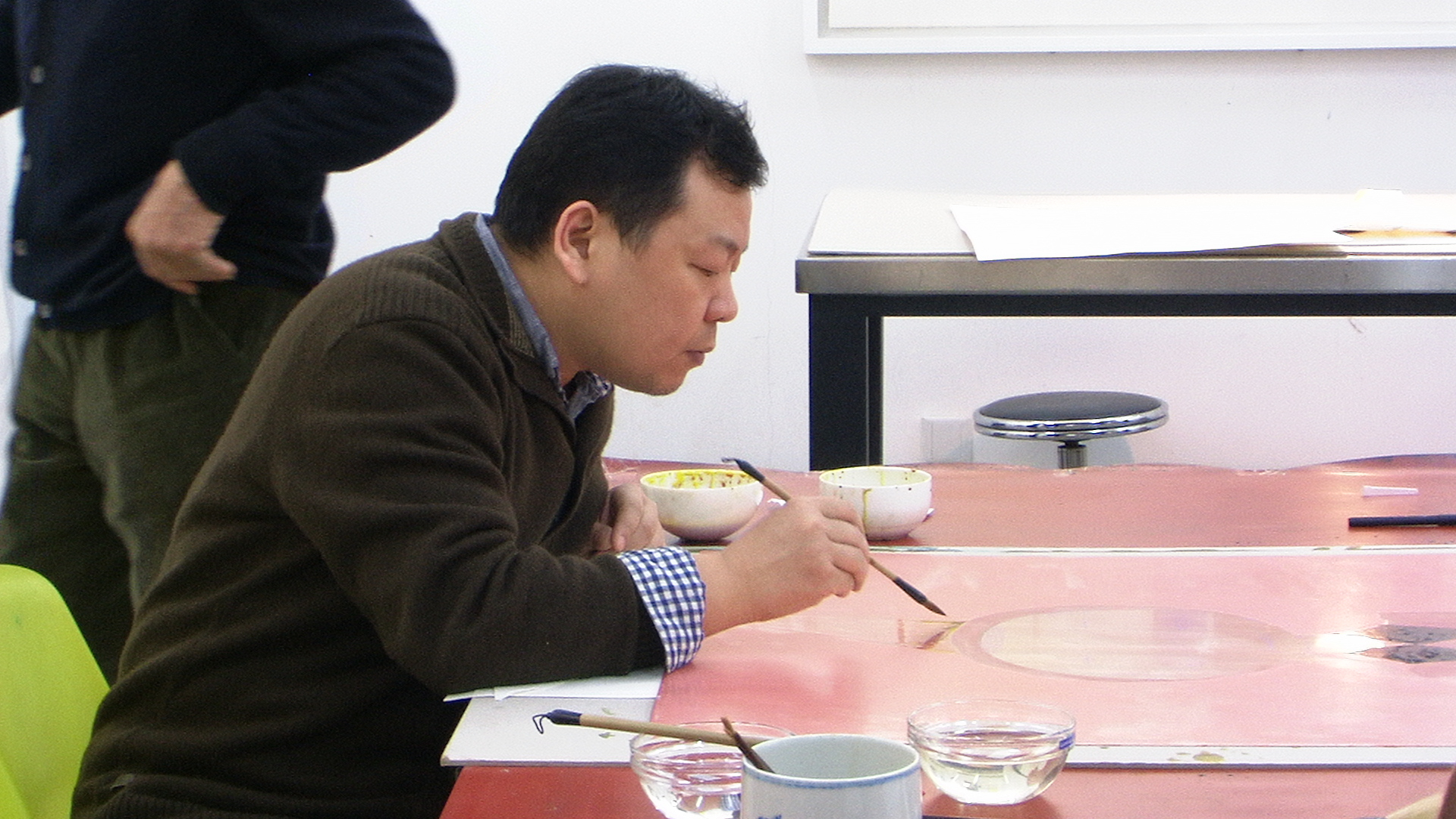 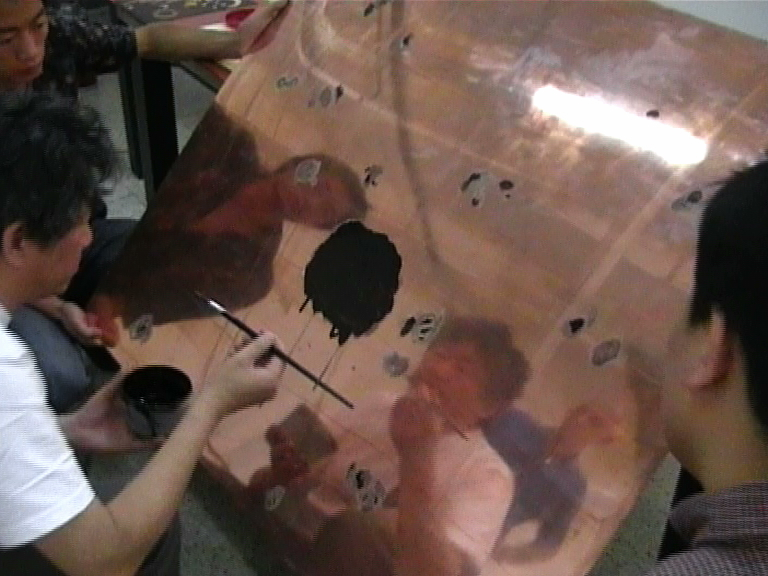 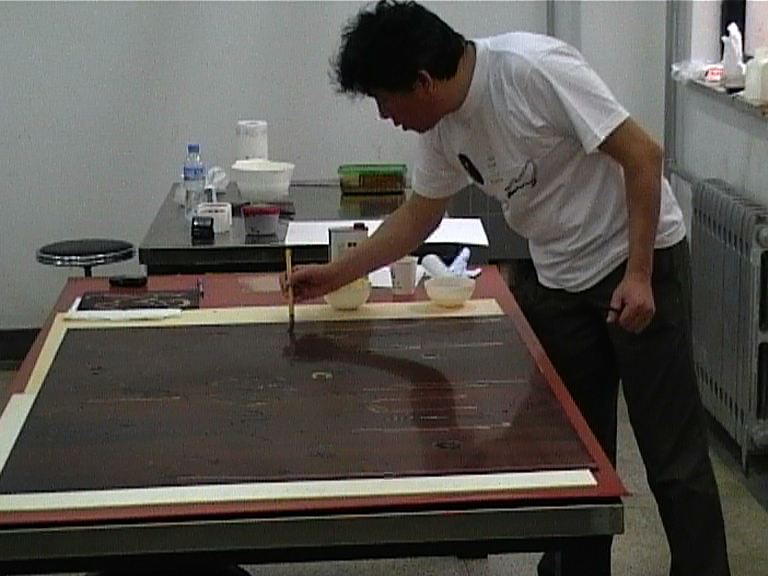 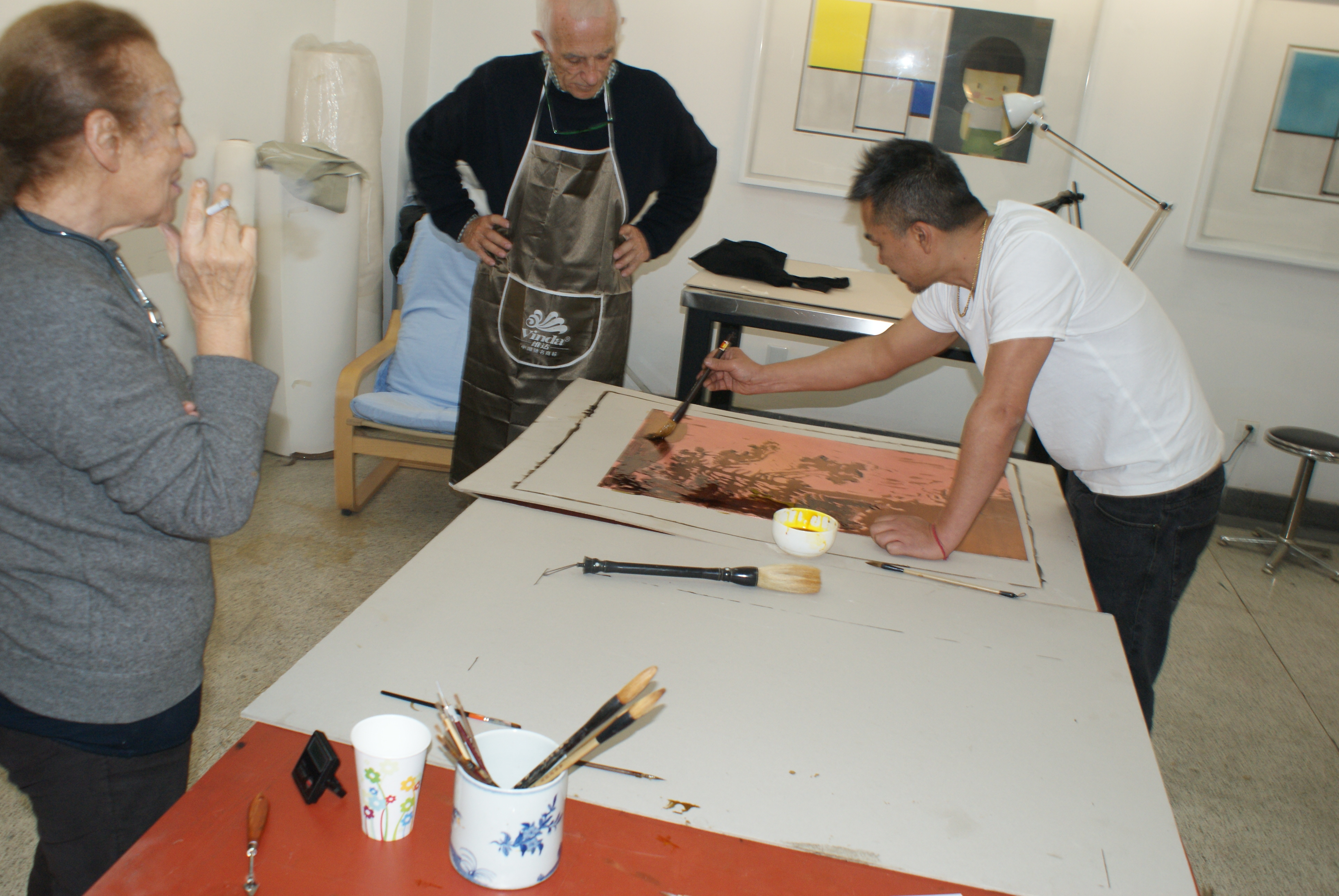 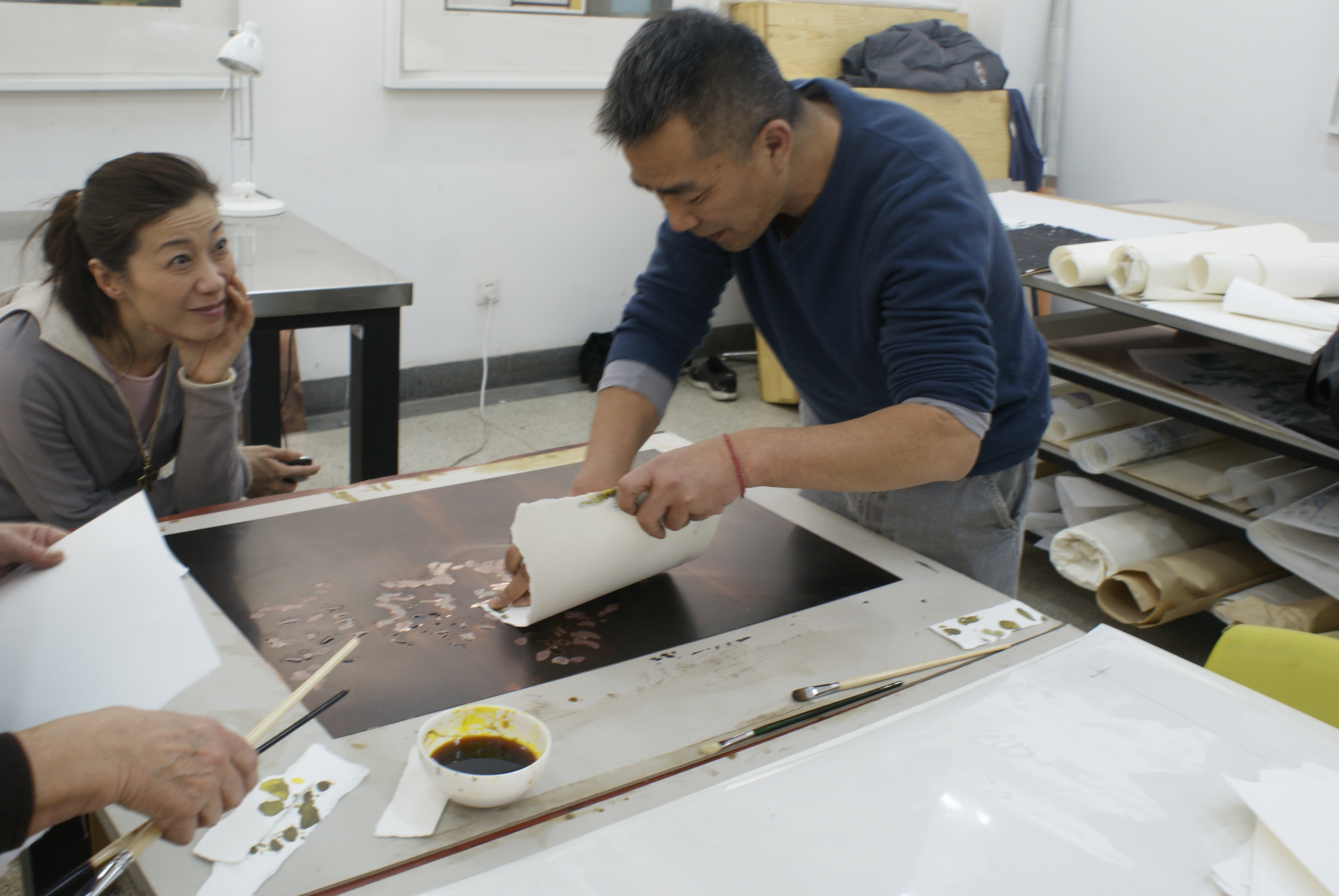 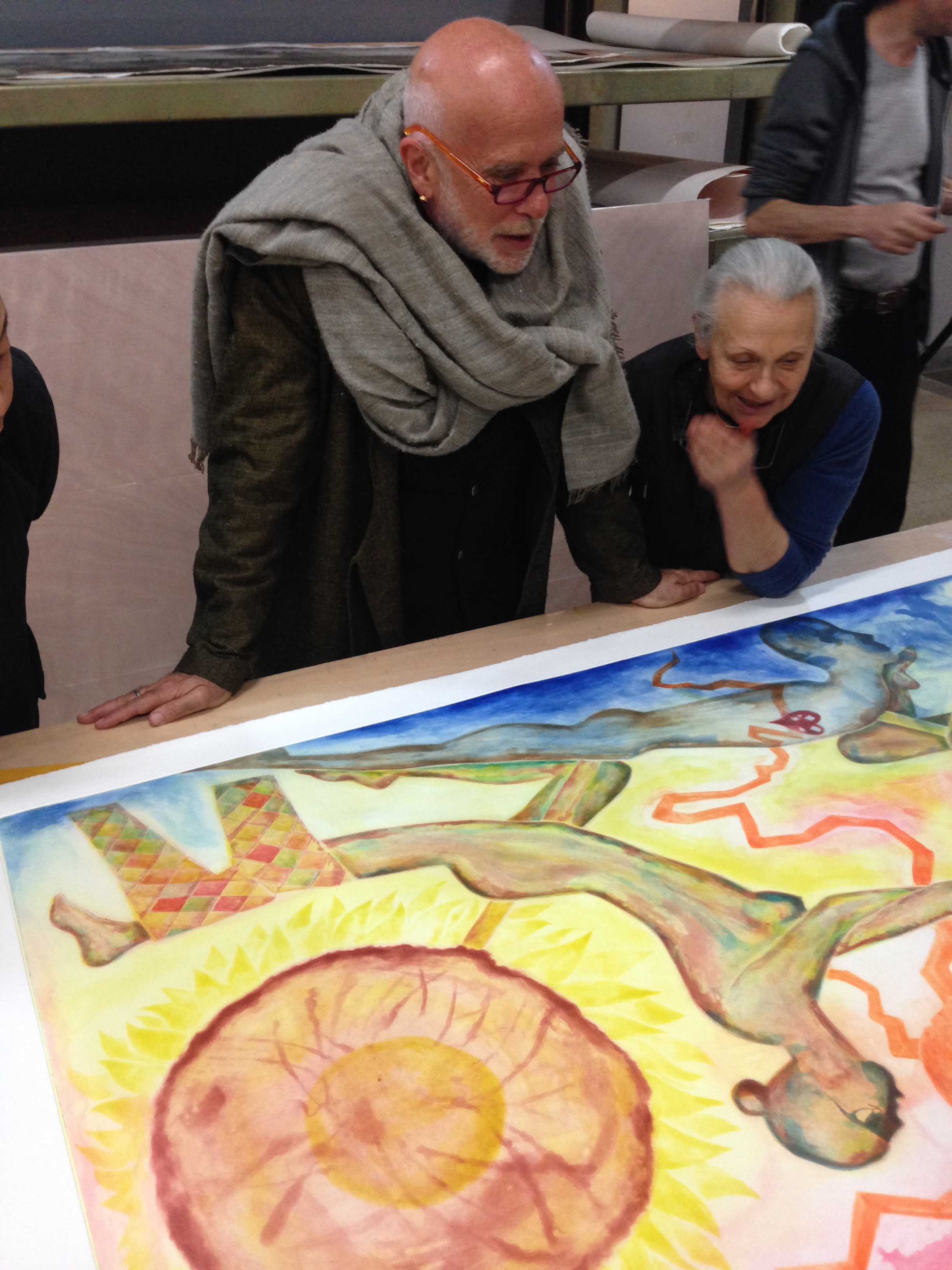 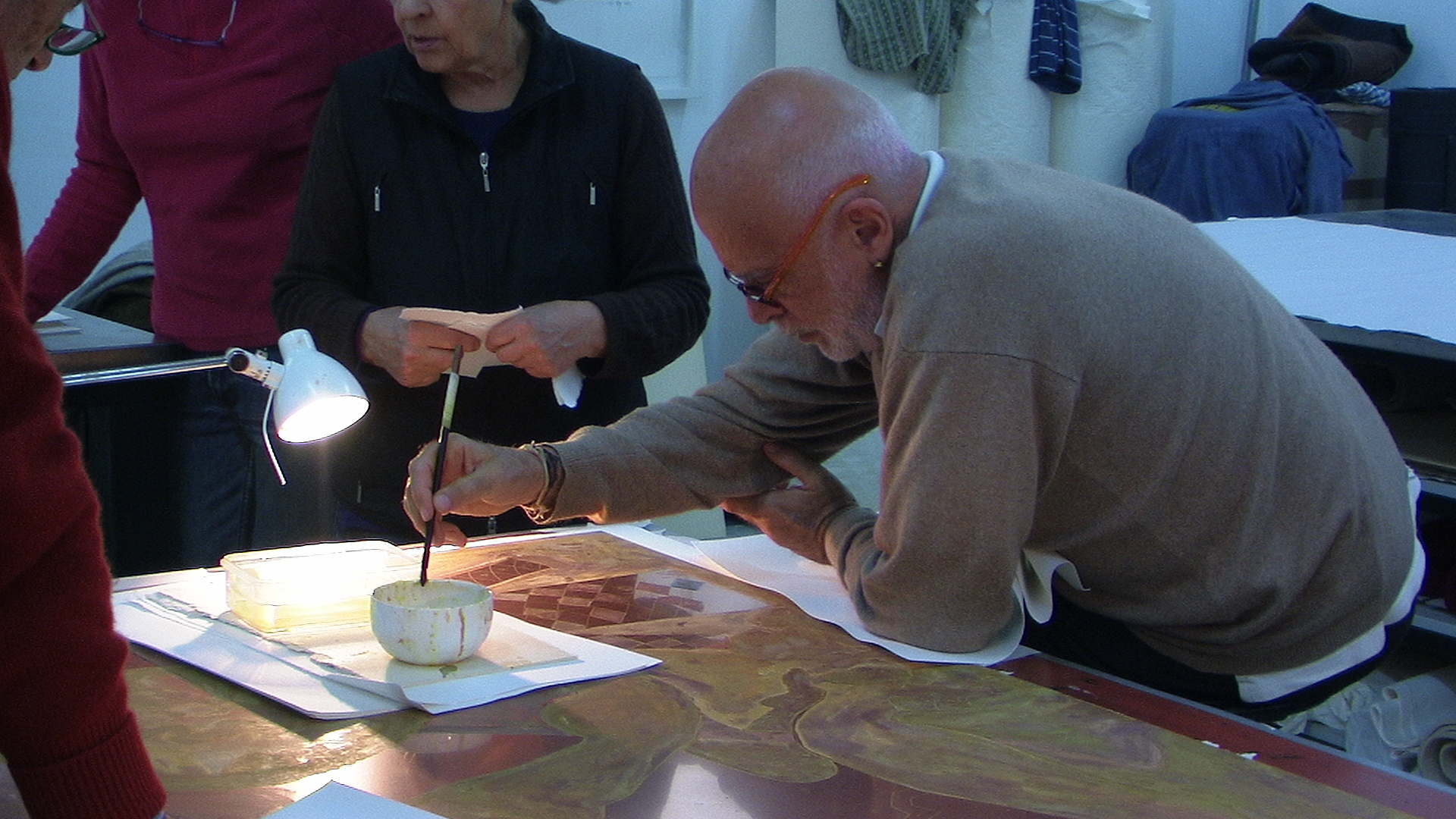 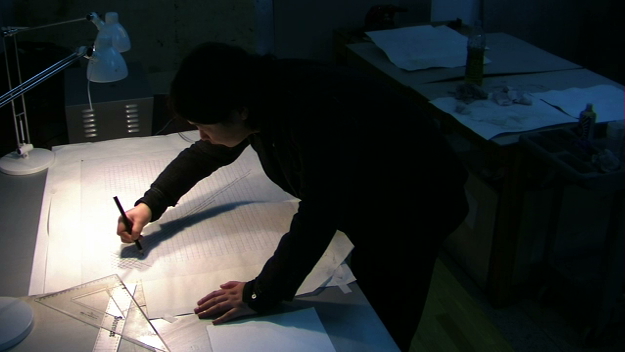 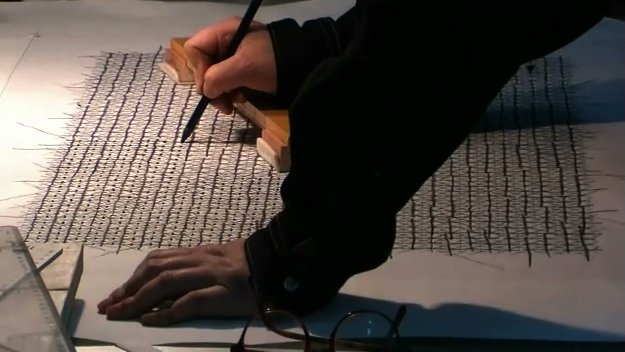 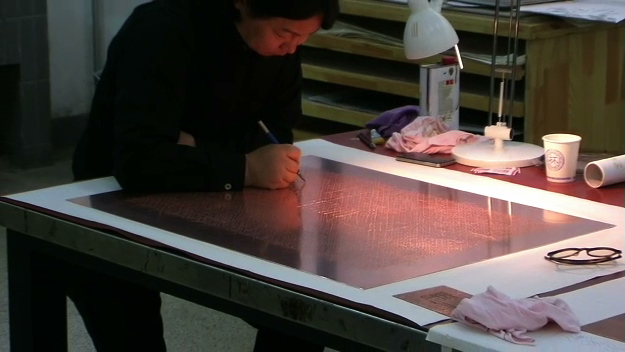 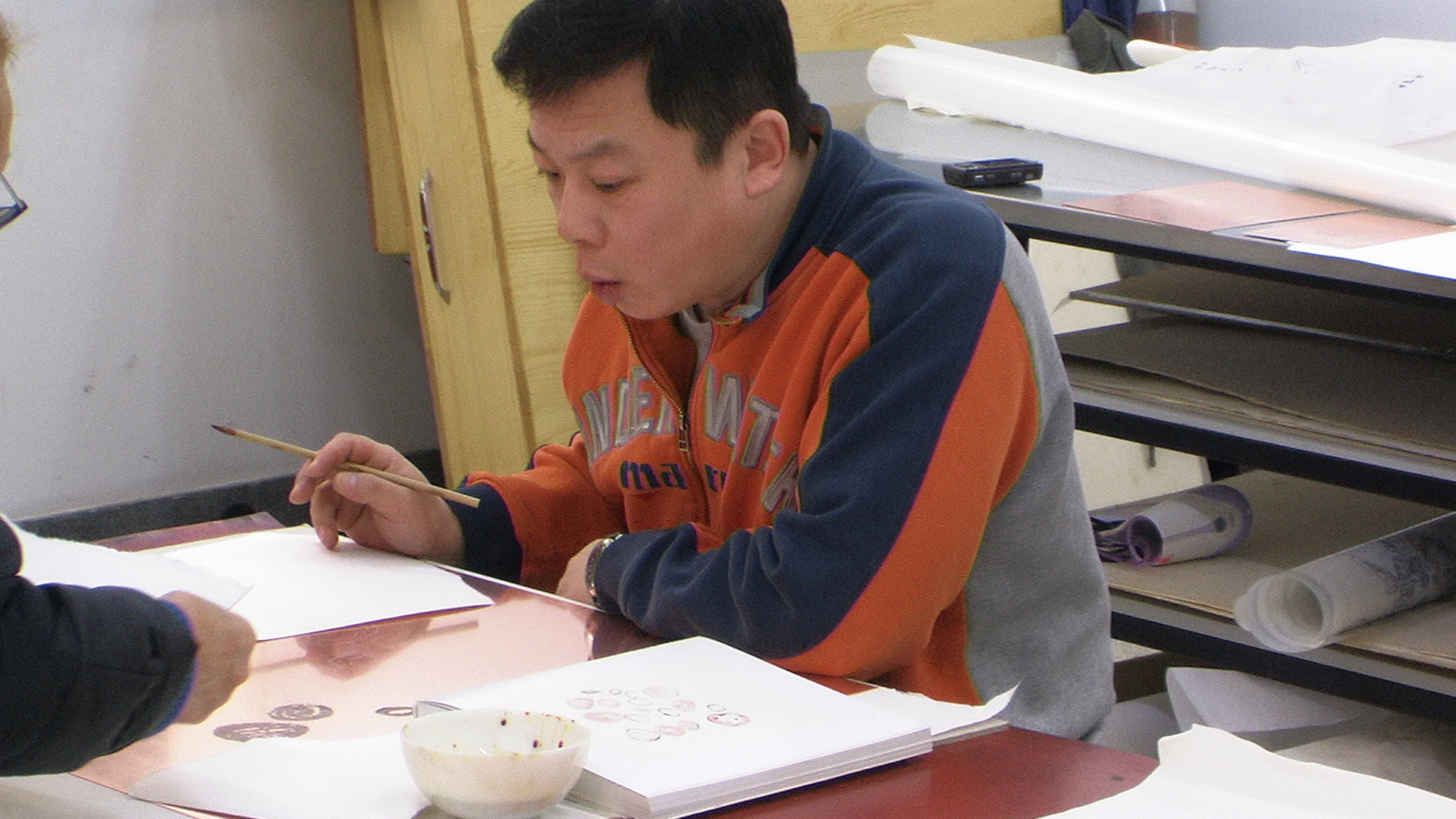 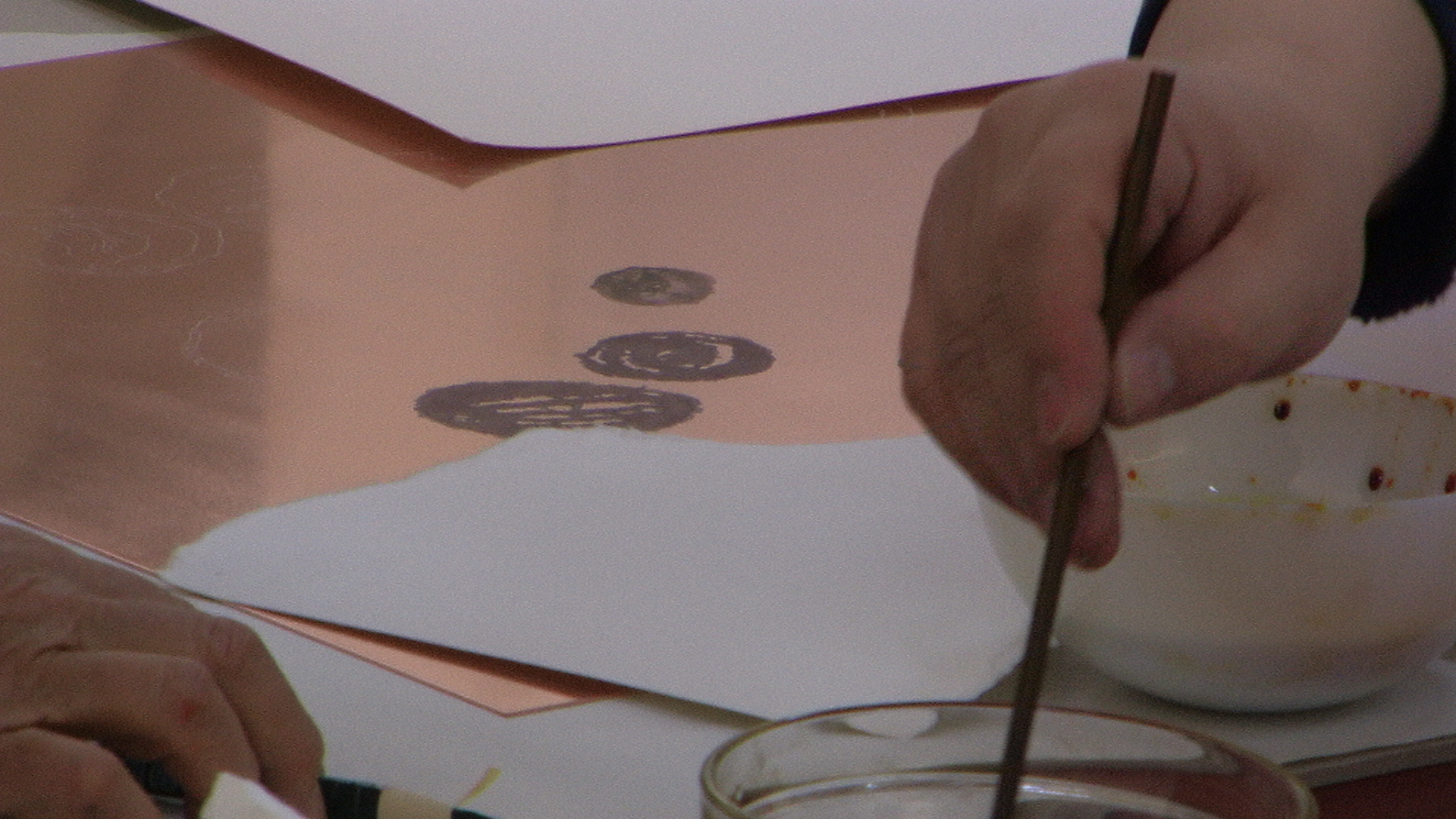 The change of course took place in XNUMX, when his daughter, Simona, who for some years had been studying Chinese in Italy and in Beijing, through the Italian Embassy, ​​managed to have an appointment with Prof. Tan Ping, the then director of the CAFA Central Academy of Fine Arts in Beijing. They learned, but only later, that he was a great enthusiast and competent in graphics.

At the end of the meeting, Tan Ping shows Simona a model of the future CAFA museum designed by Arata Isozaki and tells him “we will do the exhibition here and it will be at the end of 2008”.

Tang Pin's appreciation is such, after having seen the exhibition at the Arnaldo Pomodoro Foundation in Milan "Double dream of art - 2RC between artist and creator" to propose to the Rossi a strong collaboration with his Academy, at CAFA.

In January 2009, the scheduled exhibition was presented and the donation by 2RC of a large "Decebalo" chalcographic press, with all the necessary equipment for the activation of the new "2RCCAFA" engraving department to the Academy, was realized. Beijing Fine Arts Center

The department, in addition to benefiting from Rossi's teaching on techniques and applications for professors and students, had the opportunity to work with important artists and, in a short time, to see the great results, including economic ones, for the department itself.

Collaboration with the Academy increased as they worked continuously from spring to early summer for about two or three months a year.

Tan Ping was the first artist who inaugurated the department with two splendid engravings; The second Lui Ye, an artist who at that time was in a strong crisis and at first it was difficult to convince him. but after working with the Reds in 2010 making two engravings, with his traditional characters, the following year when the Reds arrived in Beijing, he showed him a small watercolor where, with very few, sure brush strokes, a new character of his appeared "Pinocchio ”, Adding:“ I'd like to make your Pinocchio in engraving… but great! Pinocchio is an Italian character, I thought it up for you ”; Then, he pulled out of his pocket, the first edition of Pinocchio, translated into Chinese from 1936, which had been given to him by his grandfather when he was 5 years old.

In the following seven years, with a turnover of dozens of students, they managed to train, according to their needs, four technicians who were so good that they were then hired by the Academy itself; the same criterion, which, as I will explain later, the Rossi, also comparing themselves with various friends, including myself, then tried to adopt in Viareggio.

Returning to China, in that period 40 etching editions were made with the most important Chinese artists such as Tan Ping and Liu Ye already mentioned, Ji Dachun, Zeng Hao, Zhang Xiaogang, Ding Yi and Zhang Enli; and finally in 2014, a Western artist, Francesco Clemente, was invited to Beijing for the first time, where he will make the great engraving. titled "The History a Heart in three Rainbbows" with the collaboration of the entire academy and its colleagues, Chinese artists, who passed through there every day.

For Zhang Xiaogang, our nomads once again organized a small printing house in his studio, because the artist, very reserved, did not accept to work in the Academy.

In this natural and simple atmosphere, two series of small engravings were born: the first of three (Speechless Series) and the other of nine prints (Lost Dreams Series), for which the artist with an intuition, which we could define as sacred, typical of Chinese culture, he completely relied on Eleonora's hands because, from the first meeting, she had chosen with the colors that she was able to create a real magic. 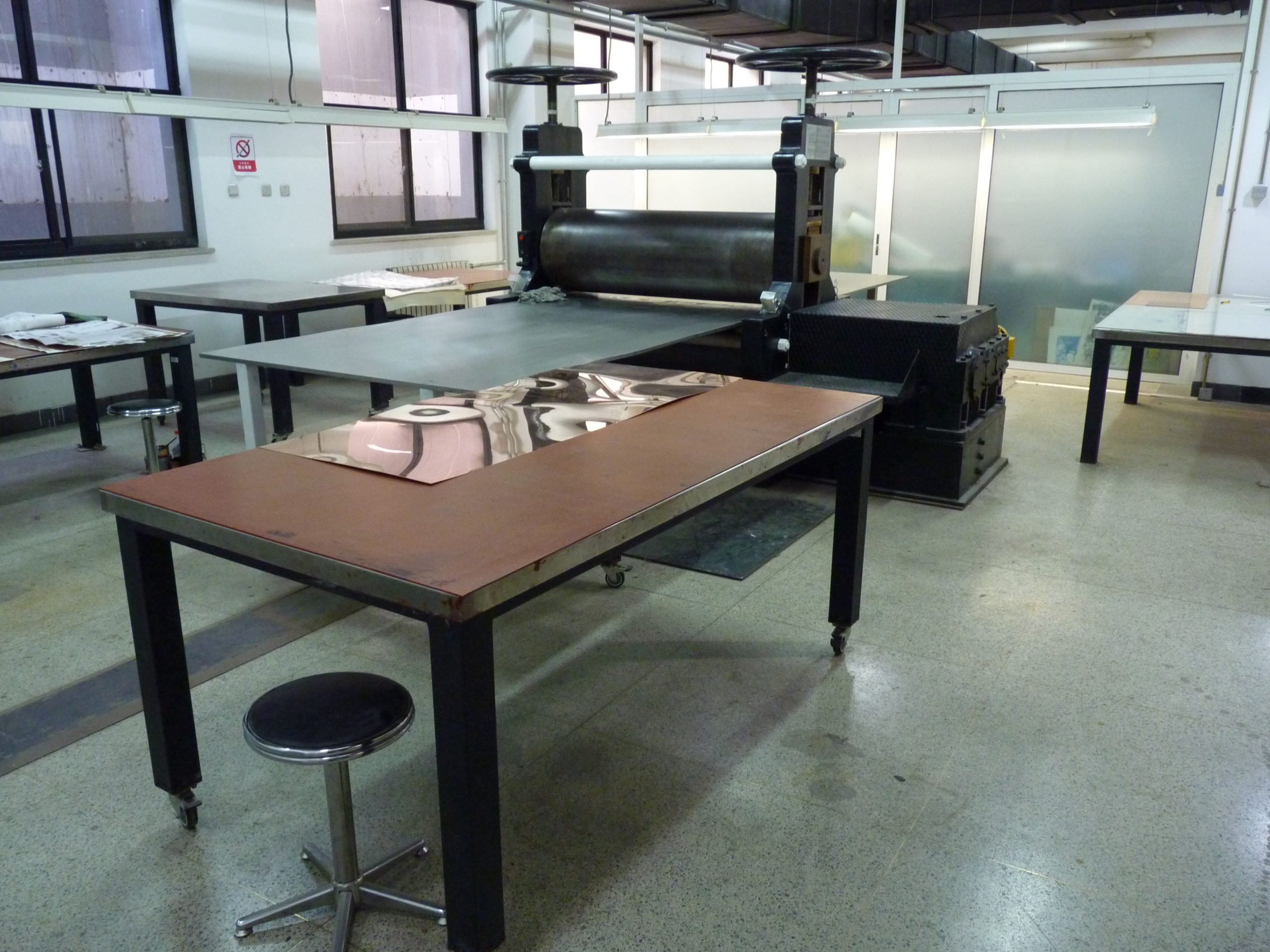 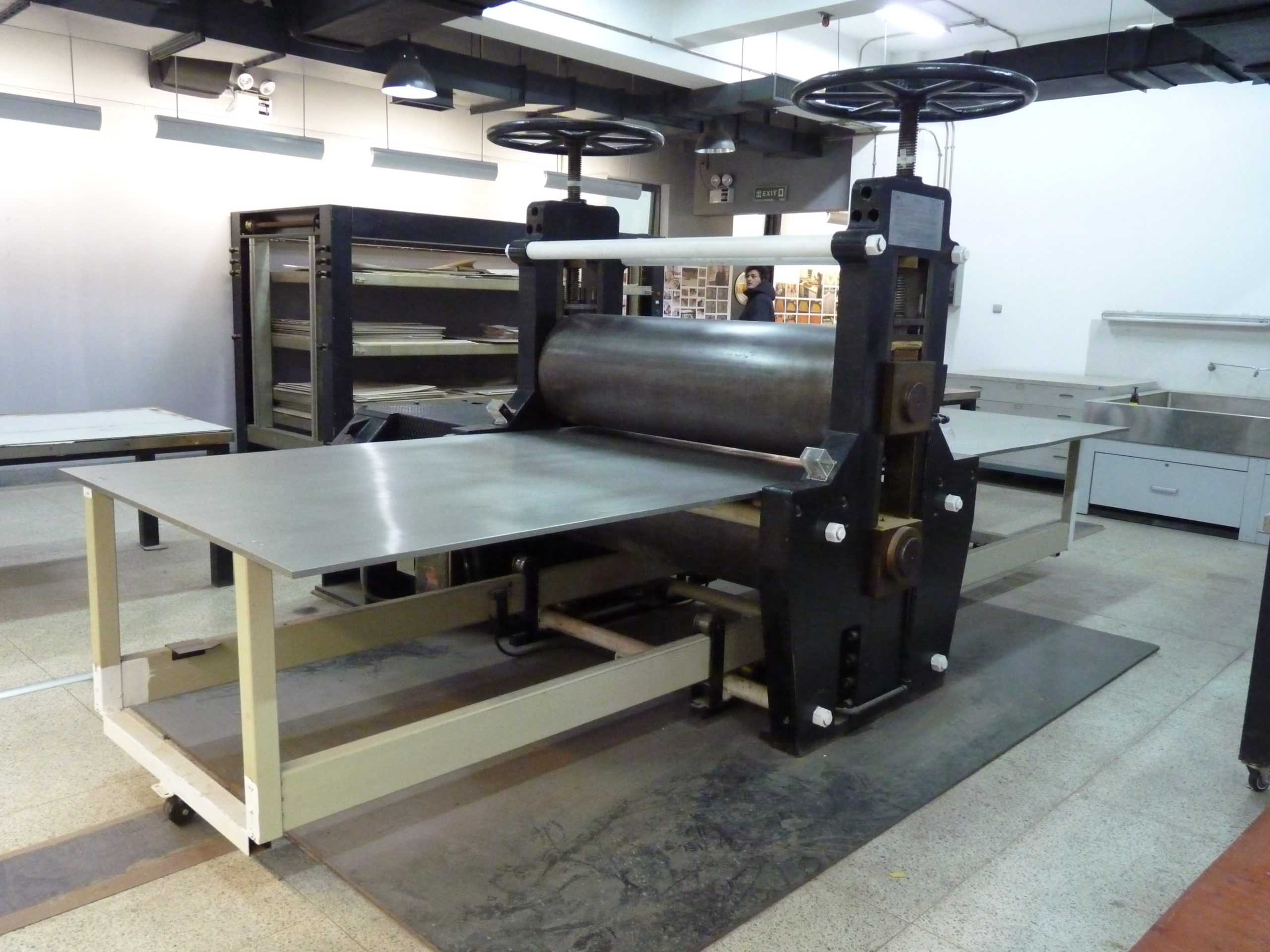 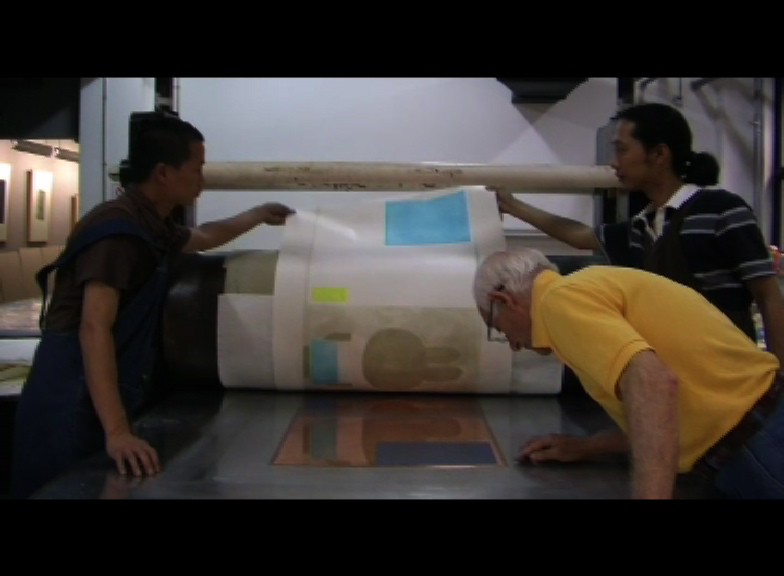 Donation of the “Decebalo” Press.

Donation of the “Decebalo” chalcographic press designed by Valter Rossi in 1968 to the Graphics Department of the Central Academy of Fine Arts in Beijing (January 2009).

Through the donation of the press, an artistic-cultural collaboration has been initiated between Italy and China which will give the opportunity to orient young people towards research in the field of engraving and to work with world-renowned artists in an international environment.